The Pennsylvania Department of Human Services becomes the latest government agency to boost its agility by embracing a business rules management system (BRMS).

Some say that government agencies can’t be efficient—well, we disagree, and so does the Pennsylvania Department of Human Services (DHS), an organization that has received national recognition for its modernization efforts. To better serve the Commonwealth of Pennsylvania, the DHS is optimizing the performance of its legacy information system.

As organizations wrestle with changing technology and the need for digital transformation, one common impetus for change is the barrier between business users and IT. With different priorities and timelines, it can be easy for both sides to feel like they are not aligned if technology is not enabling smooth collaboration.

A Legacy System in Need of Change

That was certainly the case for the Pennsylvania DHS. The agency was faced with the burden of a legacy system with rules hard coded to the mainframe in .NET VisualBasic. When legislation came through requiring rapid rule changes, a cumbersome process with IT would begin. This required business analysts to sit down with developers to translate the policy into code, the developer to implement and test the rule, and then finally deployment—taking weeks.

Another place where the existing technology wasn’t serving the agency’s needs was in determining eligibility for a myriad of state benefits. Without the ability to easily update rules, the system was flagging numerous eligibility issues that required manual review, bogging down the process and keeping caseworkers from focusing on more important tasks.

The DHS determined it needed a Business Rules Management System (BRMS) to solve these issues.

Modernization efforts are important, but organizations need to be strategic, and the best ones benefit both the users and the employees. While evaluating solutions, the DHS avoided rules engines that made users feel like they needed to be C# programmers to use them, which, according to James Weaver, the Deputy Chief Information Officer – Human Services, Insurance and Aging for the Commonwealth of Pennsylvania, “was exactly what we were trying to get away from.”

The DHS also needed the BRMS to have the capability to handle enormous amounts of decisions and to scale as new rules were added. It wouldn’t work if the product was just easy to use or technically functional—it had to be both.

After a search, the agency landed on Progress Corticon as the BRMS solution that would best meet its needs.

After implementing Corticon and modernizing its systems, the DHS realized pretty impressive results. The cumbersome process with IT that once took weeks now took days, if not hours. Batch processing of enormous data sets had a throughput of over 1,000 decision sets per second, processing 2.6 million records in 43 minutes rather than the roughly two days it once took. Numerous eligibility concerns that were previously verified manually could now be automated.

Employees who no longer needed to spend their time on these tasks were able to turn their attention elsewhere. Customer service improved, and overpayments decreased as workers were better able to disburse accurate benefits. The whole organization became more agile and employees were better able to do their jobs effectively. “By automating this process with Progress Corticon we have improved program integrity and achieved cost avoidance,” noted Weaver.

The DHS has big plans to expand the use of Corticon. To read more about how Corticon can improve your business agility and to read the full DHS story, click here.

Join us at ISM

If you’re attending the ISM Conference later this week, stop by booth 901 to learn more about Corticon. See for yourself how Corticon can empower health and human services organizations to quickly create and modify business rules. 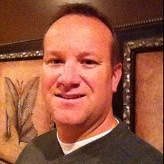 Adam is a Director of Product Marketing at Progress. You can connect with him on LinkedIn.