The Commonwealth of Pennsylvania Drives Agility across its Operations with Progress Corticon, Improving Productivity and Service to its Citizens 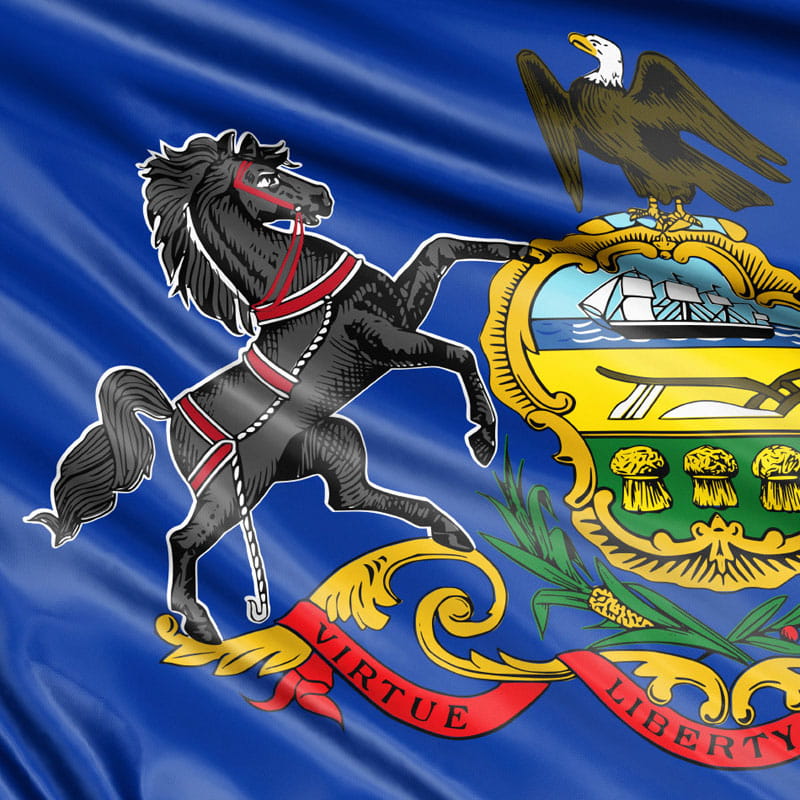 The department's ability to keep up with ever-changing policy was limited by inflexible hard-coded rules that took developers weeks to months to create or modify. Additionally, more complex policy, which was too difficult to automate, was handled manually by caseworkers.

The department has improved productivity, agility and service to citizens by automating more of the eligibility determination process. In addition, they can more quickly respond to changes in legislation. Prior to Corticon, changes took weeks to months; now changes take hours to days. Corticon processes 2.6 million records in 43 minutes for a sustained throughput of over 1,000 decision sets per second.

The mission of the Commonwealth of Pennsylvania Department of Human Services is to improve the quality of life for Pennsylvania’s individuals and families. The agency promotes opportunities for independence through services and support while demonstrating accountability for taxpayer resources. The organization is responsible for managing seven primary offices: Child Development and Early Learning; Children, Youth and Families; Developmental Programs; Long Term Living; Medical Assistance Programs; Office of Income Maintenance; and Mental Health and Substance Abuse Services.

As part of the eCIS transformation project, DHS is using the Progress Corticon Business Rules Management System (BRMS) to automate the rules and logic behind the eligibility determination process within its integrated eligibility system. Prior to using Progress Corticon, the business rules guiding eligibility decisions were hard coded in COBOL on the agency’s mainframe and in .NET VisualBasic. As a result, the department was dependent on IT to make any rules modifications – a process that was cumbersome and often took weeks or months to complete. However, time is a luxury the department rarely has when it comes to reacting to frequently changing legislation, policy or other factors like cost of living.

“We don’t often have much lead time to react to these changes,” explains Shirley Monroe, Chief Technology Officer - Human Services, Insurance and Aging, Commonwealth of Pennsylvania. “For example, our fiscal year ends in June and the state has yet to pass a budget. We probably won’t see that for another three to four weeks, but we will be expected to respond to any required changes immediately.”

DHS also sought to optimize the exchange of information between the department and more than 100 entities within the state and federal government for data matching, such as the Pennsylvania Department of Labor and Industry (DLI), Office of Employment Security (OES), the Social Security Administration (SSA), and the Internal Revenue Service (IRS). Prior to Corticon, the system would often raise alerts about potential eligibility conflicts. Caseworkers would then have to manually review each of those actions. With a huge backlog of pending alerts, caseworkers were tied up trying to resolve issues, and eligibility determination for PA’s citizens could be delayed. “It escalated into a huge problem,” explains Monroe. “An audit found that there were many mistakes in both the existing COBOL and manual-based process.”

DHS realized that streamlining processes, improving accuracy and driving greater agility across these operations required a better approach to rules automation. The agency researched the BRMS market, conducted a bakeoff and chose Progress Corticon.  “We chose Progress Corticon over alternative solutions because it was much easier to create and modify rules. The system allows users to use formats and terms that are understandable to non-IT users, so that even business analysts can easily translate policy into rules on their own,” explains James Weaver, Deputy Chief Information Officer – Human Services, Insurance and Aging, Commonwealth of Pennsylvania. “With other rules engines, we felt like we needed to be a C# programmer to use the products, which was exactly what we were trying to get away from.”

Progress Corticon delivers high-quality, high-fidelity, high-performance automated business decisions. It helps increase agility of decision change processes and enables new insights into the connections between individual recurring decisions and business performance. By separating decisions from processes, Corticon helps both business and IT users quickly create or reuse business rules. And business analysts can identify, automate, and deploy automated business rules and decision systems in collaboration with IT but without the need for expensive custom coding.

“The flexibility of Progress Corticon and the ability to translate rules into every-day language make it so much easier to use than other third-party solutions or hard coding,” says Monroe. “We can check for ambiguity or conflicting rules; take a complex rule and make it simple; combine multiple simple rules into a complex rule; qualify an action with “what if” or “if then” statements; precompile rules; and we can schedule rules to take affect in the future, for example, if we know there will be a cost of living increase.”

In terms of its infrastructure, DHS also appreciated the flexibility of Corticon’s deployment options. “We have the choice to deploy Corticon on the server hosting our application or on another server that could then make a service call across the network. We can compile it as part of the application and make the calls in process, or we can secure it behind a gateway, which we do in our SOA environment. It’s very flexible in how you’re able to use it, and it nicely aligns with our technology stack which includes both .NET and Java,” says Monroe.

Today, DHS is using Corticon to automate a number of actions, including alert prioritization, non-modified adjusted gross income (MAGI) eligibility rules, and case actions. And by the end of the year it plans to automate the eligibility rules for TANF and SNAP and MAGI eligibility. The agency also uses Corticon within the:

• Pennsylvania Department of Insurance – the department responsible for managing the Children’s Health Insurance Program (CHIP) program, a subprogram of the Medical Assistance Program overseen by DHS

With Progress Corticon, the rules management process has dramatically improved for the Commonwealth  of Pennsylvania, increasing both productivity and business agility. “With our old process, creating or modifying business rules was time-consuming and cumbersome. A business analyst would have to sit down with a developer to translate the policy into code. The developer would then have to make the changes, test and then deploy the rule,” says Monroe. “Today, both business users and developers can quickly and easily manage rules using Progress Corticon Studio. Rules Management has become a more iterative and agile process; what once took us weeks now takes days, if not hours.”

Progress Corticon also improves productivity with  the ability to reuse rules. For example, when it came time for the Commonwealth of Pennsylvania to implement the Affordable Care Act, they were able  to take rules from the State of New Mexico, another Corticon customer, and put those rules into their own application.

“Of course, we had to make a few tweaks to make the rules specific to Pennsylvania. But the ability to leverage existing rules saved us a tremendous amount of time,” says Weaver. “It is also worth noting that New Mexico uses Java, not .NET. But with Corticon that doesn’t matter because the rules are managed as models, and work across different IT infrastructures.”

One of the most dramatic benefits of Corticon is performance and scalability. “For example, we have a quarterly Income Eligibility Verification (IEV) batch that must reconcile information across a number of sources like the Internal Revenue Service or Social Security Administration. During that batch Corticon processed 2.6 million records in 43 minutes for a sustained throughput of over 1,000 decision sets per second. The same process took almost two days on the mainframe in COBOL,” says Monroe.  “This is the level of performance we are seeing across the board with Progress Corticon.”

Using Corticon has significantly impacted the agency’s data exchange management process by automating much of the work previously required of employees. “Now our caseworkers focus only on those hits that truly require human analysis,” explains Weaver. “This has cleared out a huge backlog of pending alerts, significantly improved productivity and enables us to provide eligible citizens with the benefits they deserve when they need them.”

This level of automation also decreased the number of overpayments. “We are under time constraints  for when benefits need to be issued. So with our old system we ran the risk of sending out incorrect benefit amounts. When the Auditor General would come in to do compliance checks, he was constantly finding overpayments; money in all likelihood we never got back,” explains Weaver. “By automating this process with Progress Corticon we have improved program integrity and achieved cost avoidance.”

Weaver says one of the things they appreciate the most about Corticon is its ability to support continued growth. “Corticon can scale to meet our needs without impacting performance because it scales in a linear fashion, something many products don’t do. So if we’re putting two times the load on it, we just need to give it two times the infrastructure and the system will continue to hum along just like does is today; there’s no ‘gotcha’ moment.”