OpenEdge
ProgressBlogs Create Modern Business Applications that Shine Inside and Out

Create Modern Business Applications that Shine Inside and Out

It is no longer enough to modernize legacy business critical applications with only a more powerful backend. While a backend upgrade will produce significant benefits in terms of features and security, and is far better than remaining held back by an aging system, the frontend UI now plays an increasingly important role in the functioning of business apps.

A key reason for that is the impact of the Millennial generation. Millennials recently became the largest generation in the U.S. labor force and largest generation living in the U.S., and will continue to impact a progressively larger share of buying decisions for enterprises and SMBs. According to Nielsen, Millennials think differently than older users when it comes to the user interfaces powering their technology:

“They don’t care if (for example) your enterprise application has significantly more complex features to consider. When interfaces fail to live up to those unrealistic standards of simplicity, Millennials rarely blame themselves — unlike older users. Millennials are quick to criticize the interface, its organization, or its designers.”

Having grown up with slick UIs on their consumer apps, there is a growing demand from Millennials for the same ease of use in their business applications. This plays into business buying decisions on both ends, with Millennial decision-makers owning a greater share of budgets, and employee retention an urgent priority for businesses of all sizes.

Keep Up with Demand and Delight Your Customers

FDM4, a Progress Partner and leading provider of ERPs and other business critical systems, is always looking to modernize their solutions—working with younger and fashion-savvy customers, they understand that technology is “a race with no finish line,” as Chief Operating Officer Carl Brewer put it. Through a combination of OpenEdge and Kendo UI, their solutions quickly gained a thoroughly modern browser-based UI to match a highly performant backend.

alphabroder, a top supplier of apparel that processes as many as 40,000 orders a day, was eager to take advantage of the new functionality, and recently upgraded their system. Dmitry Levin, alphabroder database administrator, praised the reliability of OpenEdge over the years, which has allowed them to keep pace with changing technology and customer needs, and applauded the “continuous innovations” from FDM4.

Other major apparel suppliers and customers of FDM4, such as Gildan and TSC Apparel, have just upgraded their solutions as well. Clearly, being able to deliver a modern look and feel along with the powerful backend has been a major selling point in the youth-oriented, fashion-conscious apparel industry.

As the business world transforms and embraces a digital-first world, there is a critical need to improve existing apps to meet modern demands—but without having to start from scratch, which few companies can afford to do. To meet this demand Progress has developed Kendo UI Builder, an easy-to-use tool that integrates with OpenEdge and makes it simple to build a beautiful, elegant UI.

Applications built with Kendo UI Builder can come online quickly, and are automatically responsive to any screen size regardless of whether they’re viewed on laptops, tablets or smartphones. They’re also future-proof. Colleen Smith, Vice President of Customer Advocacy for Progress, recently described Kendo UI Builder an interview with SD Times:

“Think of it as a designer, an app builder and code generator in one. We accelerate development with code generation built into the designer,” she said, then adding, “we’re not only providing data for today. If, for example, two years from now all of the underlying requirements change, you can regenerate using these new tools” to protect your investment.

We recently announced the all new Kendo UI Builder 2.0, which adds Electron compatibility, on-demand script execution, enhanced data connectivity through OData and REST APIs and an even larger library of charts, graphs and page templates. It’s never been easier to kick-start your development and get started. You can learn more in our webinar replay.

Large organizations are keeping up with today’s demands thanks to the UI innovations in Kendo UI and the rock solid reliability of OpenEdge. To learn more about how these organizations succeeded, read FDM4’s and alphabroder’s full stories. Find out how you can use Kendo UI Builder yourself by checking out our webinar on the latest capabilities below, or jump right in with a free trial. 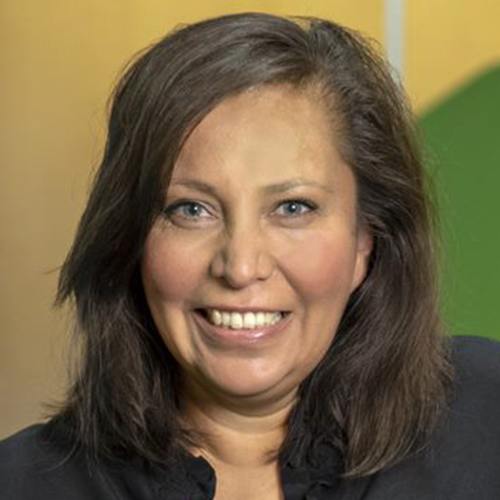 Tanya O’Connor is a former senior director of product marketing at Progress.