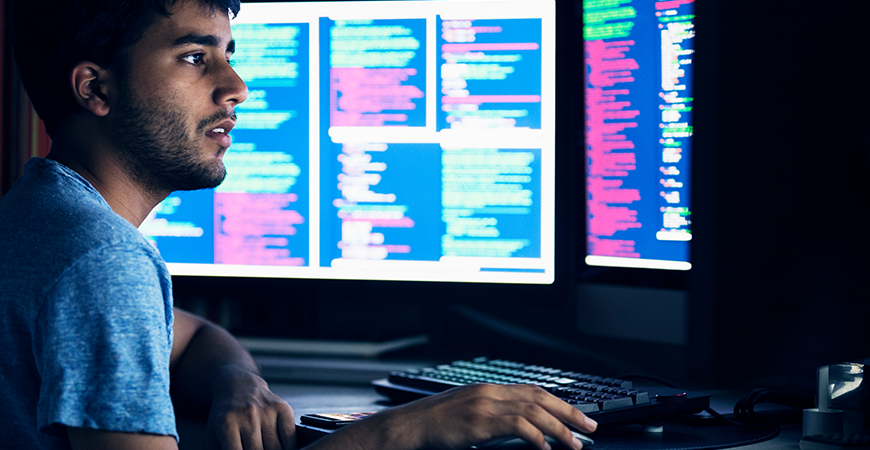 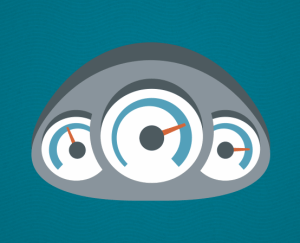 Building mobile apps is hard. Building a successful mobile app, on the other hand, isn’t just hard—it requires a tremendous amount of skill and likely a bit of luck as well. In this post, I’m going to spend some time exploring why this is so, make a case for app performance as a key driver of app success, and talk about a few of the ways you can set yourself up for success by ensuring your app performs as well as possible.

Note: I will be using some mobile web statistics in this post because there is a surprising lack of statistics and benchmark information for mobile app engagement, but I think you’ll agree that the data are still valid.

A recent study by Microsoft suggests that, with news being delivered in soundbytes and 140 character tweets and online entertainment (particularly video) becoming shorter and shorter, we now have an average attention span of 8 seconds when interacting with digital content. An anecdote released by Chartbeat—that 55% of pageviews get less than 15 seconds of attention—would seem to support this.

And lest you think that we’re somehow more engaged on our mobile devices than when we’re at our desks, that’s not the case. Have a look at our own Kinvey.com engagement metrics below: mobile users viewed 28% fewer pages per visit, spent a staggering 55% less time on the site, and were 12% more likely to bounce in October. 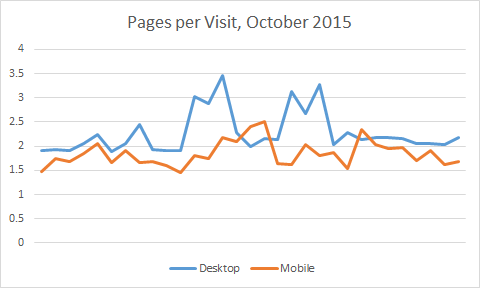 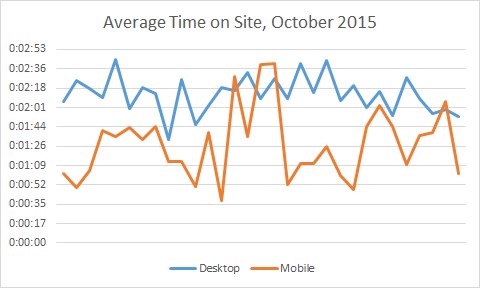 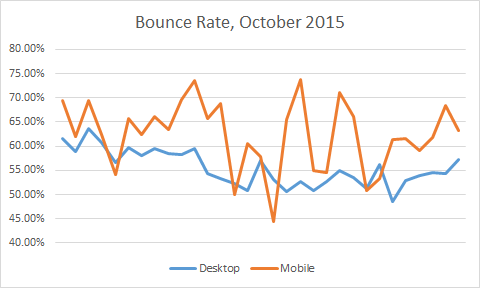 It’s difficult enough to get app downloads, but it’s even harder to keep users around

The Google Play store may have upwards of 1.8 million apps, but app downloads are heavily skewed towards a select few top-performing applications. According to AppBrain, 64% of apps in the Play Store have fewer than 1,000 downloads; 35% have fewer than 100. 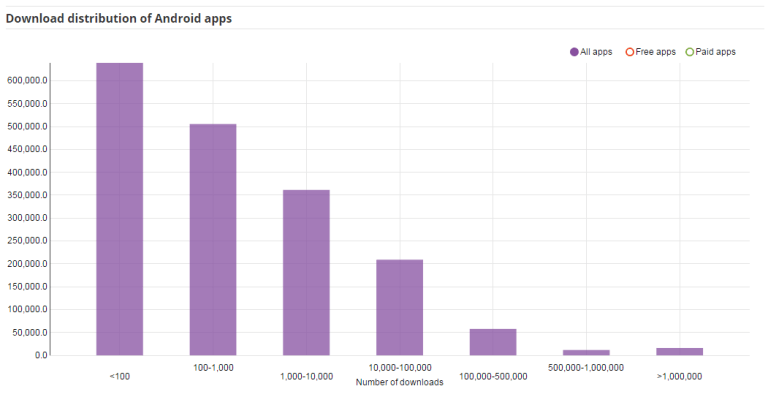 It’s a bleak outlook indeed if your endgame is app downloads, but smart publishers will be more concerned with making sure those downloads result in sustained app usage. Unfortunately, the news here is even worse. Andrew Chen, working with mobile intelligence platform Quettra, uncovered data that suggests an Android app’s daily active users will drop by 77% within the first 3 days after installing, 90% within 30 days, and 95% within 90. So while it can be tough enough to hit the 100 download threshold, you’ll actually need to get to the 2,000 mark if you want 100 meaningful users. 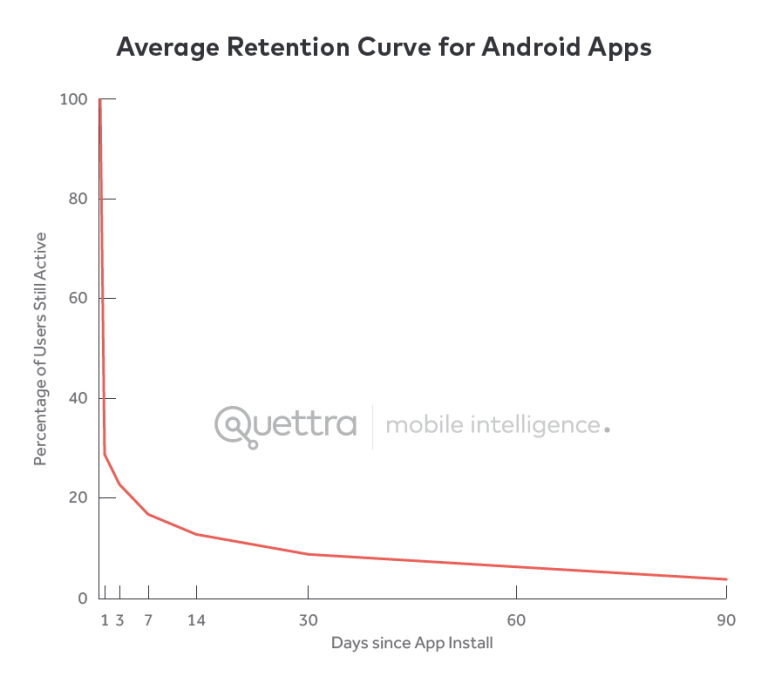 Our neighbors over at Localytics have an awesome annual report that tells the same story: 55% of your users are likely to use your app five times or less. In case you’re not sick of the bad news yet, Localytics also has data suggesting retention rates are getting worse in their App Stickiness Index, where loyal users seem to be on the decline year over year. 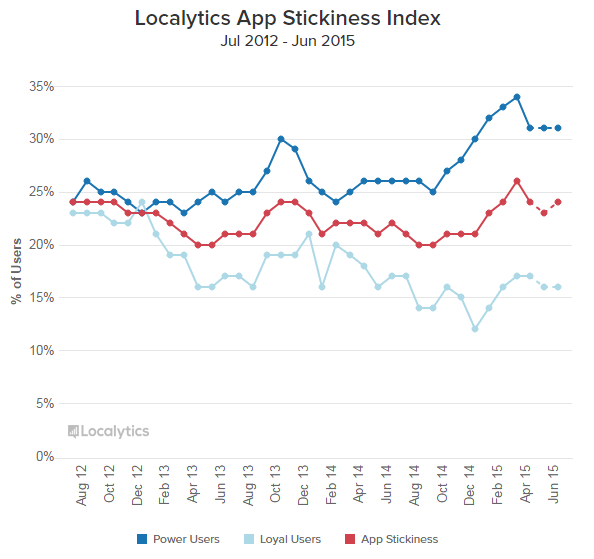 Performance is a huge factor in the critical first impression

In a Google survey, 63% of respondents said they use apps to make their lives easier. And the top reason they abandoned apps is because they “lost interest.” That’s a broad category, but given the short attention spans we’ve highlighted above, it’s clear that you need a high performant app in order to maintain interest and stave off app abandonment.

Mobile web statistics support this assumption. According to a report by Akamai, 39% of users have dissatisfying experiences using their mobile device for web browsing, with the top two reasons being slow load times and freezes or crashes. A separate Akamai report shows just how quick mobile consumers expect things to be and the consequences if they’re not: 57% will abandon a request after waiting 3 seconds, and 8 of 10 people won’t return after a disappointing experience.

Even more evidence that performance is key: in a study conducted by AppDynamics, they found that 86% of people in the US had deleted or uninstalled an app because of performance issues. And what do they do instead? 38% jump ship to another app while 34% just give up on whatever they were trying to do entirely. There are no second chances, and performance issues can have word-of-mouth implications too: AppDynamics found that 19% of those disappointed by their experiences complain to friends and family about the app.

Don’t forget about the revenue implications of performance, either. According to a report by Aberdeen Group (The Performance of Web Applications: Customers are Won or Lost in One Second), a 1-second delay in web application load times equals 11% fewer page views, a 16% decrease in customer satisfaction, and a 7% decrease in conversions. Amazon famously reported that every 100ms delay in page performance costs them 1% of sales. Going by their Q3 earnings, that’d be about $10 billion lost per year if their pages took just one second longer to load.

One bright spot: it goes the other way, too. That same AppDynamics survey found that 1 in 3 respondents would spend more money with an organization if they had a good mobile app.

Fine, you convinced me. Now how do I make sure my app performs well?

Easier said than done, but the good news is that technology is doing its best to keep up with consumers’ performance demands. It really boils down to three things: ensuring your infrastructure can scale with demand, enabling sub-second data delivery, and providing the same experience when users can’t connect to a network.

In the old days (read: 10 years ago), scaling was a huge challenge. It takes a lot of time and money to purchase, install, and provision backend infrastructure, so companies had to guess what sort of load to support and either overspend or suffer angry users if they got it wrong. But with today’s cloud infrastructure, you can ensure your application scales gracefully and you’re only paying for what you need, when you need it. Case in point: when NBCUniversal launched their 50 Shades of Grey app in anticipation of the movie release it exploded in popularity; our Progress Kinvey baas was able to scale to support hundreds of thousands of users and nearly 3 million daily API calls almost immediately with no performance issues.

Additionally, many backend systems of record an app may need to access will have been created years ago, when data access was measured in tens of seconds. But as we’ve seen, for today’s mobile consumers seconds don’t cut it—you need to deliver data within milliseconds. Having that data cached in a high-performant cloud layer, closer to the user and capable of delivering information at mobile speed, is critical.

If you can put the data even closer to the user and cache it on their device, even better. As a bonus, the app is now able to function without a consistent network connection. Regarding the importance of offline functionality, I love this quote from Forrester Research:

Developers … cannot make assumptions about the constancy, quality, or even existence of an individual’s network connection. Therefore offline support will be a crucial consideration for nearly every future modern application. Unfortunately, our experience shows that offline support is the mobile app feature continually underscoped by developers and over-simplified by stakeholders.

And as far as caching and sync goes, the Kinvey mbaas has you covered here as well. Now go out and build a great app with our mobile backend! 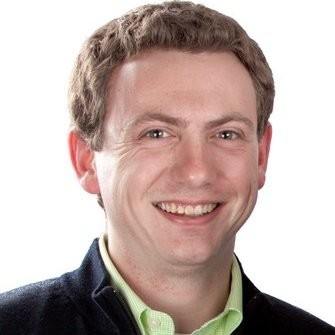 Rob helps businesses design and build effective, targeted marketing campaigns that drive revenue growth. He looks beyond just filling the top of the funnel and creates programs that generate demand and turn it into sales. Rob’s passion is using technology to design innovative strategies that focus on the customer and create loyal, happy, profitable users.