Based on your feedback, we've included lots of convenient and powerful new user experience improvements in the latest version of Corticon.

In Progress Corticon 5.7, we’ve made several usability improvements to Corticon Studio based on feedback from the user community. Our goal is always to make your life as a developer easier, which is why we focus not only on new headline features but also smaller improvements that can make a big difference in your experience as a user. These changes, major and minor, will save time, improve productivity, and make it easier to model rules in Studio.

Here are ten of my favorite updates that you’ll find in the new version (and there are many more):

Vocabulary refactoring may be the biggest time-saver in this list. In past versions of Corticon Studio, if you changed a vocabulary name, you had to sift through all rule assets to update any instances of that item. However, in Studio 5.7, you can right-click on a vocabulary element, select Refactor… and change the element name. Corticon will automatically update the name anywhere it’s used.

Studio is designed to help you easily maintain and update rule models even as personnel and business needs change. The new asset documentation feature supports maintainability by letting developers add notes to the project in several ways.

By selecting the menu command View > Comment, you can add notes to rule asset files or elements within those files.

Corticon automatically logs the time, date and author of each note so developers can build todo lists, requests for review, change logs and audit trails on each piece of the project. (Learn more about this feature in Corticon Studio Quick Reference Guide: Chapter 8. Documenting Rule Assets.)

Figure 2: Add comments to asset files or elements within those files.

You can now rename a test sheet simply by double-clicking on its tab.

Figure 3: Quickly change the name of a Testsheet by double-clicking on its tab.

In previous versions, after creating an attribute, you had to assign its datatype in the properties box. But in Studio 5.7, you can right-click on a Vocabulary entity, select Add Attribute and choose the datatype of that attribute, all in one step.

Figure 4: Add an attribute and select its datatype in one step.

If you have several projects open, the new Smart File Selection will prevent you from unintentionally assigning Rulesheets to the wrong Vocabulary. When you create a new Rulesheet in a specific project, the Create New Rulesheet wizard will automatically filter out vocabularies from other projects so they cannot be selected by accident.

Figure 5: Only Vocabularies in the current project will be available for selection in the Create New Rulesheet dialog.

If you have multiple Ruleflows in your workspace, you no longer have to open each one to package and deploy them. Instead, you can select one or several Ruleflows in the project explorer, right-click on your selection and choose Package and Deploy Decision Services… to deploy all the Ruleflows at once.

In past versions, if a decimal value in the output data of a Testsheet had the same value as the expected data but a different number of trailing zeros, Studio considered those decimals different results and highlighted them in red text.

You can refer to Techniques that refine rule testing in the Rule Modeling Guide for additional tips on effective testing.

Figure 6: Different numbers of trailing zeros no longer impact the evaluation of decimals in Ruletests.

In any Testsheet data panel, you can right-click on an element and select Expand All or Collapse All. These options will expand or collapse all the entities in the test tree making it easier to handle large test sets.

Figure 7: Collapse or expand the entire data tree in a Testsheet panel.

Mouse wheel scrolling is back! Once again, you can use the mouse wheel to scroll through all Rulesheet sections.

In prior releases, if you wanted exempt specific Testsheet values from comparison in the expected panel, you had to select Ignore validation for each instance of that attribute. In the latest update, however, if you select Ignore validation for a single attribute, Studio will disregard all instances of that attribute when comparing the Output and Expected data.

This list describes just a few of the usability improvements in Corticon Studio 5.7. You’ll find many more as you work with the new version (see the documentation for a full list), and we hope these changes make your experience working with Studio simpler and easier.

Please explore all the new features in Corticon 5.7, and feel free to try them out with a free 30-day trial. Your experiences and requests have a big impact on how we continue to enhance the user experience in Corticon, so as always, please let us know what you think so we can continue to improve your rule development experience. 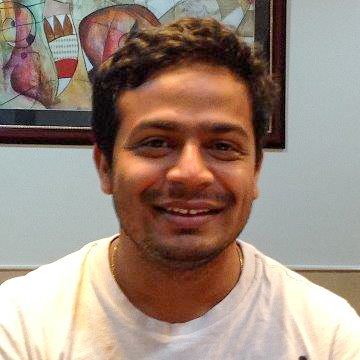 Brahma is a Senior Engineer at Progress. He has been part of the Corticon team for more than four years and has more than eight years of experience overall in software testing. He is responsible for Corticon Studio and servers testing and automation.