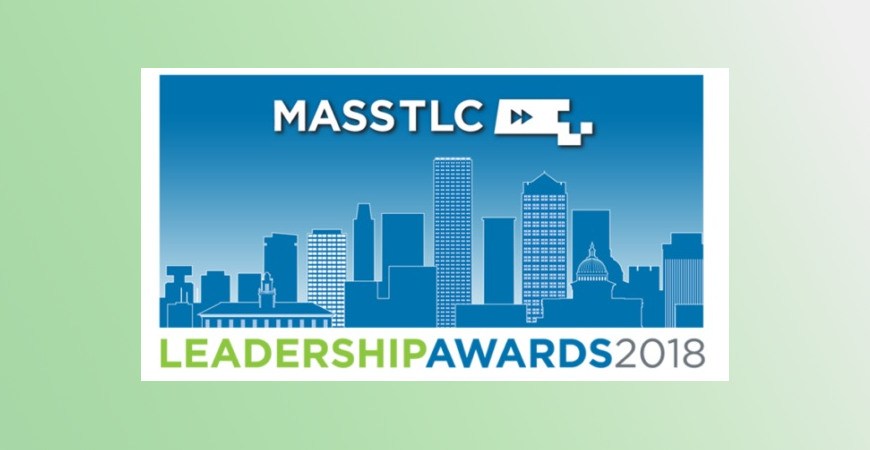 We were proud to support our CMO, Loren Jarrett, as a finalist for CMO of the year at the 2018 MassTLC Leadership Awards. The night was an opportunity to engage with the local tech community and discuss our shared values. 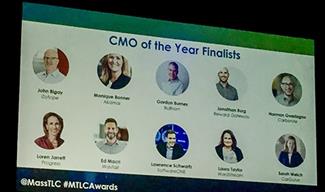 Several members of Progress’ leadership team made their way into Boston on October 3rd to support Loren Jarrett as a finalist for CMO of the Year at the Mass Tech Leadership Awards. Each year, MassTLC organizes their annual Leadership Awards to celebrate the best people, products and technologies in the Massachusetts tech ecosystem. Companies like Hubspot, Logmein and Spotify were in the audience, and sitting among them were 12 Progressers showing their “Progress pride.”

The night began with Tom Hopcroft, President and CEO of MassTLC, welcoming the crowd and celebrating all companies for their accomplishments. With his opening speech, it became clear that this would not be your typical awards program, but an opportunity to recognize MA leaders’ roles in changing the tech industry.

Hopcroft did not shy away from the lack of diversity in tech as he shared MassTLC’s efforts to enhance inclusion in their program. He admitted that a team of 56 judges decided to reopen submissions for Leadership nominations once they saw how a very limited demographic was represented. They wanted to ensure that all people in the tech industry were included, highlighting the impact that everyone makes together. For example, Jackie Glenn, winner of the Mosaic Award, was honored for her support of inclusion and diversity in the MA tech ecosystem. As Dell EMC’s first Global Chief Diversity Officer, Glenn reshaped organizational policies relating to women, people of color, transgender, and other communities across the enterprise.

Diversity in the tech industry was a steady theme throughout the night as most winners were acknowledged for their inclusion efforts; however, another topic was also brought forth: ethics in tech advancements. Winners recognized the necessity of responsible machine learning and AI, with the team from Ori stating, “With robotics, we can live large in a small footprint.” Jennifer Chayes, winner of the Distinguished Leadership Award, addressed the power of AI in removing bias from everyday decisions. She asked that the leaders in the MA tech ecosystem “lead the way in tech innovation, which is fair, accountable and transparent.”

With these trending topics of the night, it was clear that leaders in MA tech are working toward an inclusive, innovative, and ethical future in the industry. If Loren Jarrett, Progress CMO, won the CMO of the Year Award and got up on stage for an acceptance speech, she would have expressed the same thoughts. Although she did not win, the 12 Progressers surrounding her were proud to sit at her table, and of course, excited to sit beside all the pioneering tech companies in MA. 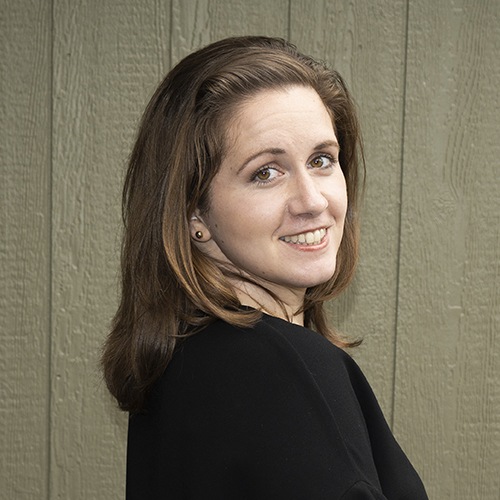 Danielle Sutherby is a senior communications specialist at Progress, where she supports Progress’ employer brand efforts, raises awareness of the company’s corporate social responsibility (CSR) and inclusion and diversity (I&D) efforts, assists in PR activities, and strategizes employee engagement activities worldwide. Danielle is also the co-founder of the first employee resource group at Progress, Progress for Her, which aims to empower women at the company by providing leadership and networking opportunities. When she is not at work, you can find her writing, reading, or acting like a tourist in her own city.