With technology playing a more pronounced role in the success of today's digital businesses, picking the right solution for the job has never been more important.

If you’re an application development professional, choosing the right business rules engine could mean the difference between project success and failure. And it could just as easily mean the difference between your promotion and termination. Opting for the right business rules may land you in the news, showered with industry praise. But going with the wrong choice may lead to widespread condemnation.

Just ask Subramanian (Subi) Muniasamy, CIO of Maryland Health Benefits Exchange. In a recent webinar, “How a Business Rules Engine Turned a High-Profile Failure into a Success,”  Subi shared the trials and tribulations he faced as he worked to integrate a business rules engine. This is the story of the implementation of the Maryland Health Benefits Exchange, a costly failure transformed into an award-winning success, which also led to Subi’s appointment as CIO.

After almost two years and tens of millions of dollars, Maryland terminated its first Health Benefits Exchange project, led by Noridian Healthcare Systems using the IBM Curam product. The failure made headlines and was an embarrassment for many of the people who worked on the project.

Fortunately, Maryland’s leadership brought in the right turnaround team, hiring Subi to help lead the analysis and implementation. Under Subi’s leadership, the team chose to transfer a solution built on the Progress Corticon business rules engine from Connecticut and adapt it specifically for Maryland.

This was a non-trivial effort, as Maryland had 20 unique Medicaid eligibility categories, totaling over 2,500 business rules. The Progress Corticon business rules engine (currently used in 27 states throughout the country) was a critical enabler of this success, providing Maryland with the ability to reuse common rules, modify differing rules and create new rules—all in record time. Corticon empowered the Maryland team to properly test all rules independent of the application, before starting the open enrollment period, to ensure successful deployment. Additionally, Corticon enabled Maryland’s Health Benefits Exchange to continue to build new applications using the same underlying rules for new purposes.

This led to great success, deploying the new exchange in time for a seamless enrollment period. The success of this project resulted in Subi’s appointment as CIO, and was celebrated as the winner of the APHSA ISM Collaboration Across Boundaries Award at the annual ISM conference.

If you want to hear this great success story straight from the source, watch the webinar recording and get Subi’s account. If you have any questions, feel free to comment below.

Maryland Health Benefit Exchange is the agency administering Maryland Health Connection, the health insurance exchange in the U.S. state of Maryland, created in accordance with the Patient Protection and Affordable Care Act.  The marketplace is offered to individuals and families who are not covered through their employers. It allows enrollees to compare health insurance plans and provides those who qualify with access to tax credits. In addition, the Maryland Health Benefit Exchange determines eligibility and offers enrollment to Medicaid for low-income Marylanders.
business rules engine Corticon digital business Healthcare 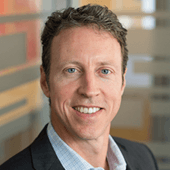