Ready, Set, Go: Getting Started with Replication Sets in 11.7

Progress OpenEdge Replication is more reliable than ever with the debut of Replication Sets. Find out how you can benefit from this powerful new feature.

OpenEdge 11.7 introduces the concept of Replication Sets for disaster recovery plans. We covered all of the new enhancements to OpenEdge Replication in a recent blog post, but we’ll now dive in a little deeper exploring Replication Sets.

Eliminate a Single Point of Failure

Learn more about Progress OpenEdge Replication by contacting us directly or evaluating OpenEdge 11.7 free for 60 days. 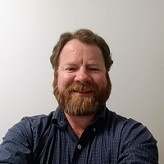