Yesterday we kicked off the first day of ProgressNEXT 2019 in warm and sunny Orlando, Florida. Some highlights of day one included the opening of the expo floor, a keynote led by Progress CEO Yogesh Gupta and a lot of really excellent sessions. It was a packed day filled with networking and learning—here are some of my own personal highlights.

After an introduction by Progress Chief Marketing Officer Loren Jarrett, Yogesh kicked off a discussion around the topics of digital disruption and digital innovation. He discussed some examples of companies whose traditional business was being disrupted by a competitor who was leveraging software in ways that revolutionized the business. The examples included CBRE being disrupted by WeWork, LifeFitness by Peleton and Sysco by Amazon.

His message was that "every organization must use software to disrupt others before others disrupt them." This aligns with our mission at Progress to create the tools that enable companies to deliver digital innovation. 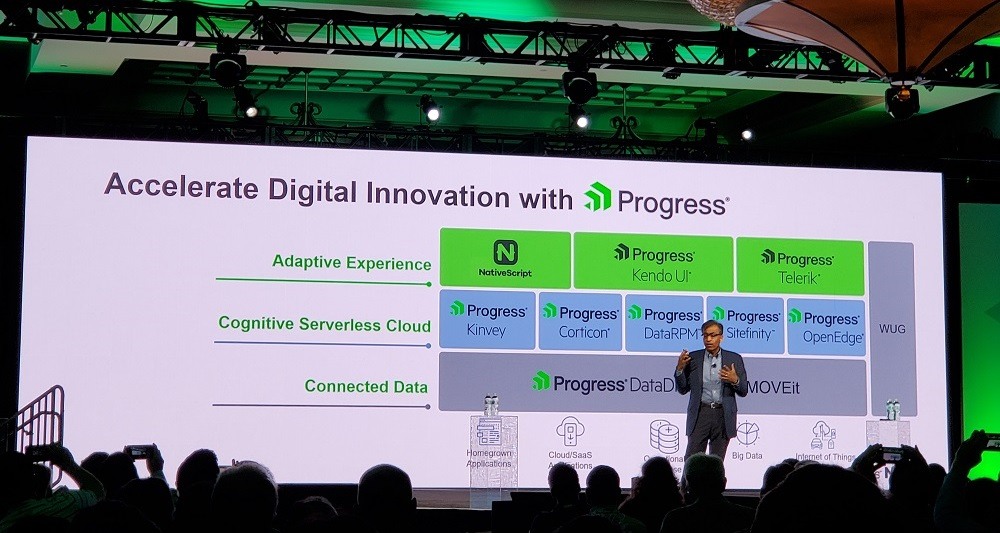 Yogesh discussed how the traditional team required to deliver apps and software solutions has become more complicated. It expanded from frontend and backend developers to include DevOps, then added a design team and finally a data scientist team. This creates what he calls "complexity D4" (since each team starts with a d).

The apps these teams are building also continue to get more complicated and the ones that differentiate themselves will be cognitive-first. This means they add "smarts" via layers made up of adaptive experiences, a cognitive services cloud, connected data and the ops that tie everything together.

To demonstrate, he first brought Rob Lauer, senior manager on the Developer Relations team at Progress, to demonstrate a theoretical insurance company app that utilized augmented reality (AR) to get an insurance estimate of damage on a car and used a chatbot to help walk the user through the claim submission process. 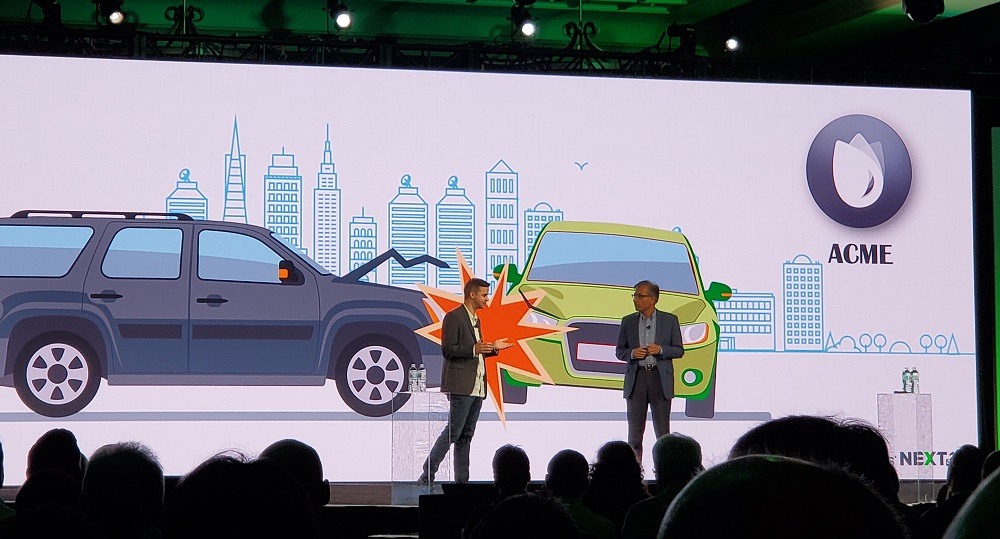 Next he brought up TJ VanToll, Principal Developer Advocate at Progress, to show how this app can be extended via visual tools using Kinvey Studio, and how you can even create a progressive web app leveraging the same data and connectivity with built-in authentication via the company's existing Active Directory. Finally, the app was given intelligence via DataRPM's machine learning capabilities to make suggestions on whether a claim should be approved or denied. 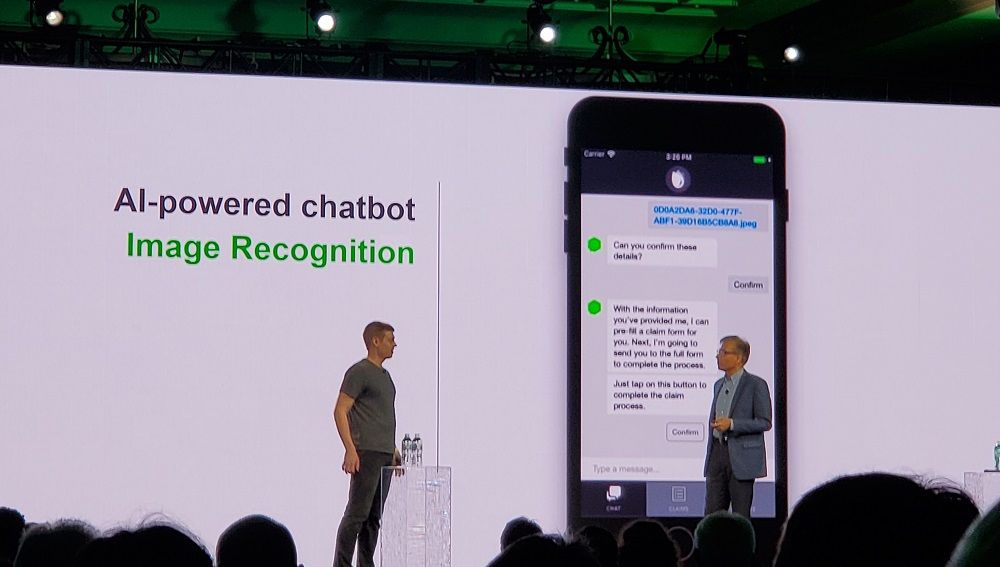 After these demos, Yogesh introduced some other key Progress products including the new OpenEdge 12 release that offers a 200% performance improvement over prior versions. He discussed how DataDirect is now OEM'd by a who's who of technology companies including Google, Adobe, Oracle and SAP. He showed the new Autonomous Rest Connector that can turn any REST API into a database which, in this example, could be queried using SQL in Tableau. He announced Sitefinity 12, including Sitefinity Cloud, that has features such as the ability to automatically tag content via machine learning, send content for automatic translations or integrate with existing CI/CD tooling for Azure.

As you can see, there were a lot of amazing tools to show off!

Some highlights of my day included breakout sessions from TJ VanToll and Tara Manicsic. First up, TJ covered an introduction to serverless.

TJ discussed the key differences between traditional monolithic application architectures and the microservices architecture that severless promotes. He showed some of the key advantages of this approach as well as some of the caveats. Finally, he walked through the steps of building a serverless application within Kinvey. 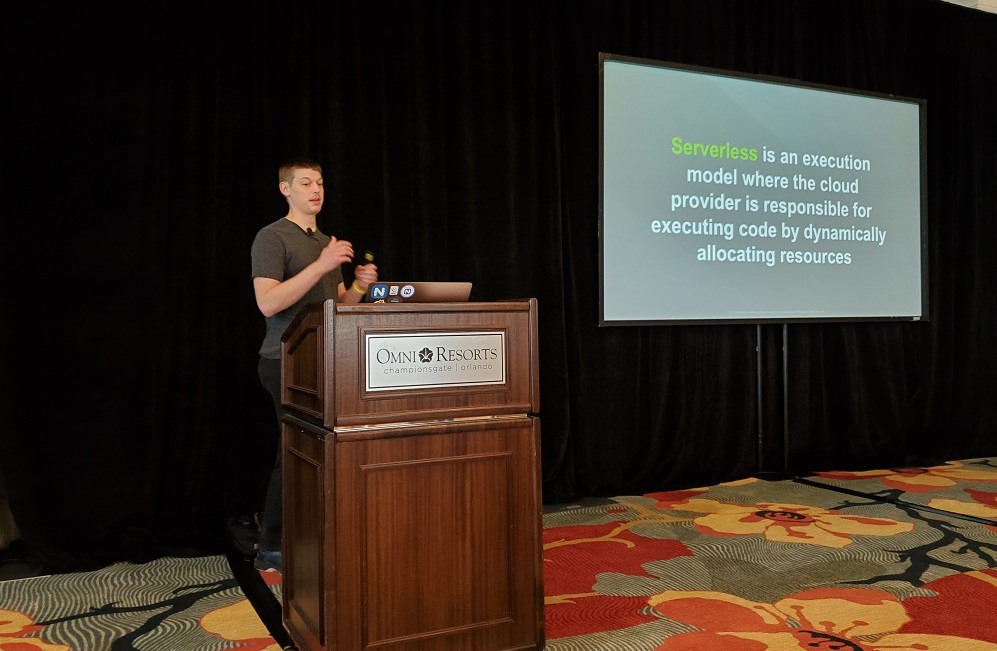 Along similar lines, Tara walked through the wide array of features in Kinvey including chat, microapps and more. She offered a ton of resources for learning more about each and showed some of the critical advantages of leveraging these features in your business applications. 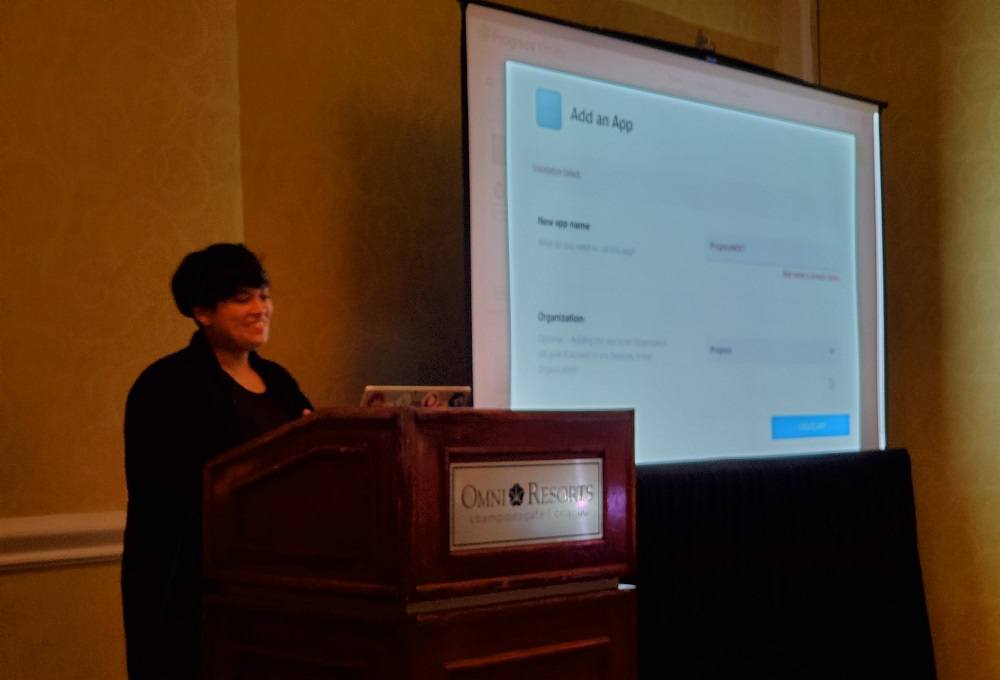 I'd be remiss if I left out the beautiful setting that the Omni Championsgate resort provides for ProgressNEXT. From golf courses, to lazy rivers to wave pools, there is plenty to do when you aren't busy learning! Plus, everyone had the chance to head over to Disney Springs for some food and fun in the evening!

More NEXT is what's next! Day two features keynote speaker Megan Smith and Progress CTO Dmitri Tcherevik plus a ton more breakout sessions. I'll keep you all informed of some of the highlights.

Update: With day two complete, you can check out some of the highlights in my next post.

Brian has been a developer for over 20 years. Currently he works on developer content at Progress. He is a frequent speaker and author, serving as co-editor of the Mobile Dev Weekly newsletter and book author for O’Reilly. You can follow Brian via @remotesynth on Twitter.