Roadblocks to productivity that slow down employees and irritate customers are easier to overcome when you have the right tools in place for fast innovation.

There are philanthropy and donation apps everywhere today. They combine the act of doing good with the convenience of a smartphone, and promote nearly every meaningful organization or cause in existence. While many of these apps are targeted at helping end-users or the public donate directly, there is also tremendous potential to unlock efficiencies by targeting another group—your employees.

When they encountered a roadblock in their philanthropic efforts, Jefferson Health decided to personalize the process of facilitating donations for their physicians. Through their app, physicians gained the ability to recommend a donor immediately after talking to them, greatly improving the number and quality of donors Jefferson Health could reach.

Jefferson Health had already formed the Digital Innovation and Customer Experience (DICE) Group—a unit designed to pioneer transformative solutions for new challenges as they arise and to transform the overall patient experience. This is a team that strives to look outside the box, try new things, and push boundaries to create more engaging tools and applications.

When the current donor collection and engagement process was recognized as a limitation, the DICE team quickly delivered an end-to-end app that enabled physicians to recommend a donor to the philanthropy team. The app also helped to streamline donor management and improve donor communication.

“Physicians would often encounter patients who would want to donate, but they would forget to document them and then you’ve lost a donor,” said Neil Gomes, Chief Digital Officer and Senior Vice President for Technology Innovation and Consumer Experience at Jefferson Health. “And then there was also the concern that, when we did capture the information, contacts in the philanthropy group might accidentally contact patients multiple times—people don’t like that.”

“Speed is key—the faster we got the app out to physicians, the more lost donors we could prevent,” remarked Gomes.

The DICE team was able to deliver the app rapidly thanks to the HIPAA-compliant Progress Health Cloud, taking advantage of the included digital app accelerators. Progress Health Cloud also helped simplify development by leveraging the same serverless cloud backend to power both the mobile app (for doctors to capture would-be donors) and a desktop application (for the Office of Institutional Advancement team to manage referrals). A sophisticated backend lead generation system enables users to identify duplicate donors, send reminders and streamline prospect engagement and management.

In the end, Jefferson Health was able to build a five-star app while retaining the ability to innovate quickly. Progress Health Cloud enabled the DICE Group to focus on innovation, not infrastructure. Security, compliance, and authentication concerns no longer took up time that could be spent designing new features or advancing existing ones.

“The way that we hire developers is different than most other organizations,” Gomes said. “We hire creative individuals, people who are motivated to do and learn new things. This helps us motivate our developers and accelerate the delivery of innovation to our community.” 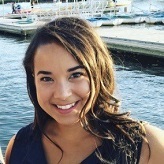 Jacqueline was formerly a product marketer for Kinvey and Progress Health Cloud. Her work focused on showcasing all the innovative things our customers are doing with our products and how they are disrupting their own industries.

Need a Summer Read? Here Are Our C-Staff’s Picks

Progress Plus Raises $4,500 for The Trevor Project and Reflects on Pride Month 2022