Jefferson Health needed the ability to quickly bring new patient-centric and workforce experiences to life. With Progress Health Cloud, the healthcare provider got a fully integrated, HIPAA-compliant application development platform that enabled developers to focus on healthcare delivery innovation instead of non-value-added infrastructure setup and maintenance. 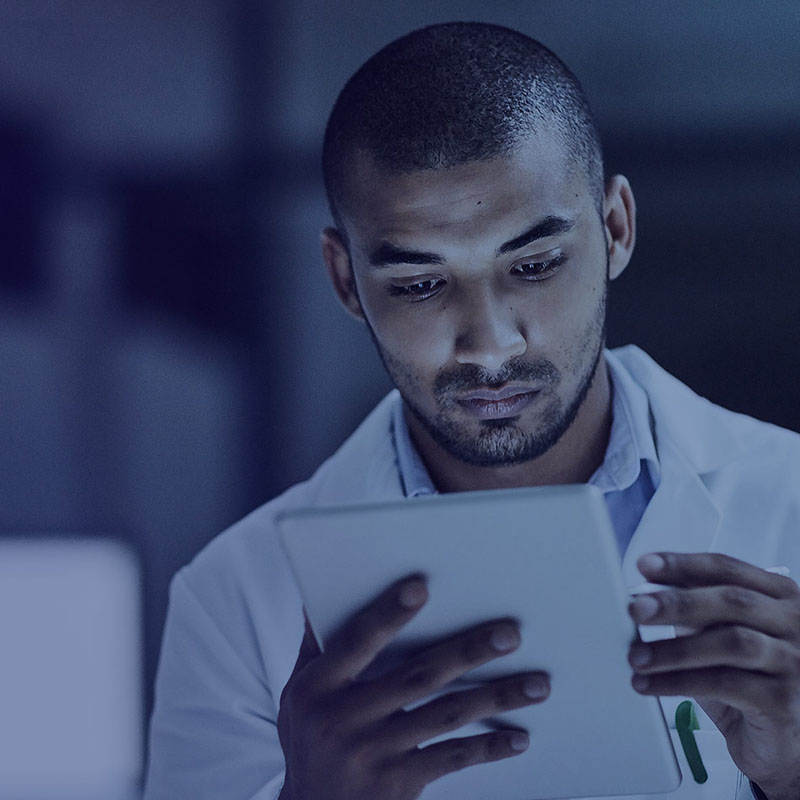 A team driven by innovation and creativity, Jefferson Health’s developers felt they were spending too much time working on application infrastructure and service integration for each project.

With Progress Health Cloud, Jefferson Health can get projects out the door significantly faster while also spending more time on what it does best—innovate.

The rise of new digital technologies has changed the face of many industries, with healthcare being one of the most impacted sectors. From the rapid growth of telehealth to the widespread proliferation of electronic health records, healthcare providers across the globe are beginning to embrace digital technology as a means of driving meaningful change across their organizations.

Jefferson Health, a large and growing regional health system that is also a teaching hospital for Thomas Jefferson University, is one such healthcare organization capitalizing on new technologies. To deliver on its vision of creating an ecosystem driven by innovation, Jefferson Health formed the Digital Innovation and Customer Experience (DICE) Group—a unit designed to pioneer transformative solutions to new challenges as they arise and to transform the overall patient experience.

The creation of the DICE Group represented a significant shift in the way Jefferson Health approached the creation and maintenance of digital applications and assets. The team was built from the ground up to be a creative unit, with everyone on the team motivated to drive meaningful change. This was a team that strived to look outside the box, try new things and push boundaries to create more engaging tools and applications.

One barrier to this was the amount of time spent doing the basic but important tasks for each project, such as developing the underlying infrastructure or modifying code to make core services work together. This meant developers had less time to focus on driving creativity and creating the innovative features their patients, clinicians and workforce wanted.

Like many large healthcare organizations, Jefferson Health had several digital initiatives that needed the support of a secure, integrated, fully managed platform like Progress Health Cloud. Progress Health Cloud’s ability to simplify the complexities that make up these types of projects enabled Jefferson Health to get projects out the door significantly faster and at a higher quality than would have otherwise been possible.

For example, when a donor collection and engagement process limited Jefferson Health’s philanthropic efforts, the DICE team expedited the delivery of an end-to-end app that enables physicians to recommend a donor to the philanthropy team. The prospective donor is then managed throughout the entire engagement process, with the app helping to streamline donor management and improve donor communication.

“Physicians would often encounter patients who would want to donate, but they would forget to document them and then you’ve lost a donor,” said Neil Gomes, Chief Digital Officer and Senior Vice President for Technology Innovation and Consumer Experience at Jefferson Health. “And then there was also the concern that, when we did capture the information, contacts in the philanthropy group might accidentally contact patients multiple times—people don’t like that.”

“Speed is key—the faster we got the app out to physicians, the more lost donors we could prevent,” remarked Gomes. “Progress Health Cloud helped us get to market much faster, it took us about three weeks to get the app out after the need was defined.”

The HIPAA-compliant Progress Health Cloud enabled Jefferson Health to speed up development of the application by taking advantage of the included digital app accelerators. Progress Health Cloud also helped Jefferson Health simplify development by leveraging the same serverless cloud backend to power both the mobile application (which doctors use to capture potential leads) and a desktop application (which the Office of Institutional Advancement team uses to manage referrals). The backend is a very sophisticated lead generation system, enabling users to identify duplicate donor suggestions, send reminders and further streamline prospect engagement and management.

Moving forward, Progress Health Cloud enables Jefferson Health’s DICE Group to focus on what it does best—innovate. Instead of spending time trying to author security, compliance or authentication protocols and systems for each initiative, DICE Group developers can focus on creating apps that improve the user experience and streamline work processes. Once delivered, they can also add new features or modify existing ones as required in a timely fashion. This gives Jefferson Health the ability to deliver a five-star user experience, regardless of whether the apps are designed for patients, payers or providers.

“The way that we hire developers is different than most other organizations,” Gomes said. “We hire creative individuals, people who are motivated to do and learn new things. With a platform like Progress Health Cloud, everything just works and is reusable so people don’t have to engage in those repetitive tasks. This helps us motivate our developers and accelerate the delivery of innovation to our community.”