Company and Community
ProgressBlogs On Ada Lovelace Day, A Look at Women in STEM Around the World

On Ada Lovelace Day, A Look at Women in STEM Around the World 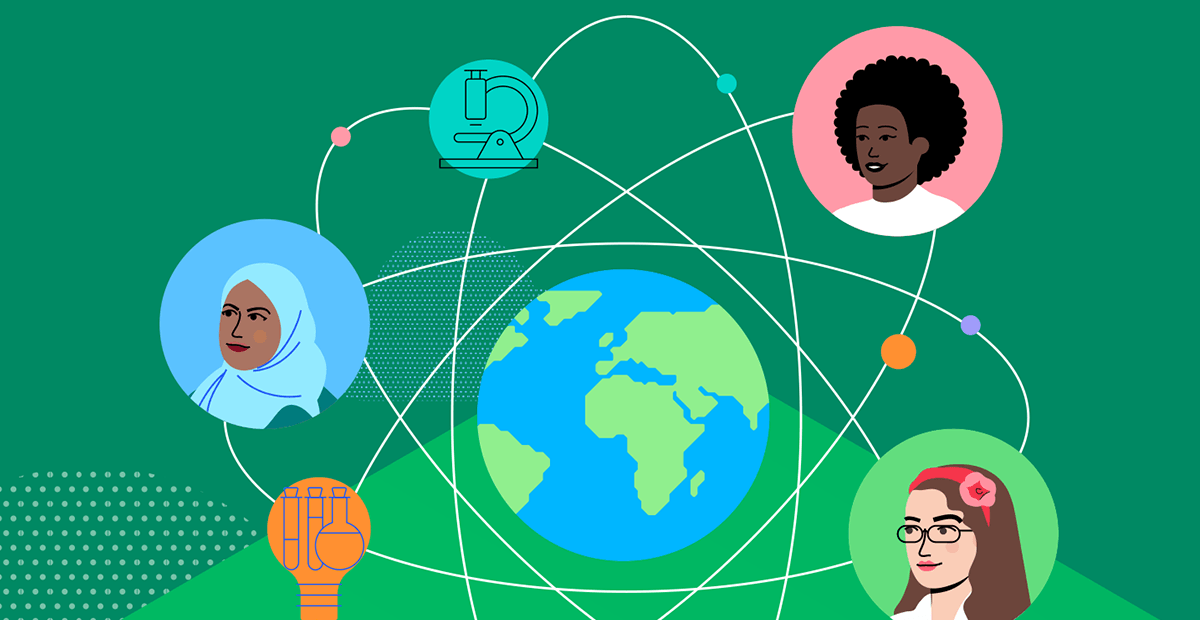 To celebrate Ada Lovelace Day, we’re diving into the many ways organizations and individuals are supporting women in STEM worldwide.

The second Tuesday in October marks Ada Lovelace Day, an international celebration honoring women in science, technology, engineering and math (STEM). Launched in 2009, Ada Lovelace Day serves as a yearly reminder of all that women in STEM have accomplished, and all that they’re capable of achieving in the future.

This year, we wanted to celebrate Ada Lovelace Day by recognizing women in STEM, and the organizations supporting the next generation of women in science and technology. With an abundance of programs and initiatives designed to increase inclusivity and diversity in STEM, there are opportunities to level the playing field around the world.

Read on to learn more about the women in STEM making changes in our world today, as well as the women and girls who hope to contribute to a brighter tomorrow.

Organizations around the globe are working to encourage and champion women pursuing STEM.

In honor of International Girls in Aviation Day, Delta Airlines recently hosted a flight made up of 130 girls between the ages of 12 to 18. The aircraft was piloted, staffed and crewed entirely by women, with the passengers learning about careers in aviation and space.

Once the flight landed at Kennedy Space Center in Orlando, Florida, students interacted with NASA leaders during a Women in STEM panel discussion. They were also able to tour space exhibits and get a live look at Saturn V, the largest rocket ever flown.

This was Delta’s sixth annual WING (Women Inspiring our Next Generation) Flight, part of a broader effort that includes partnerships with schools and community associations promoting STEM and aviation education programs.

Organizations are also looking to support women already working in STEM. In India, a new government initiative called Women in Engineering, Science and Technology (WEST) will empower women with STEM backgrounds to conduct research in the areas of science and engineering.

The three-week initiative, sponsored by J.P. Morgan, challenged 70 students between the ages of 13 and 17 to develop solutions for one of three United Nations sustainability goals—climate action, clean water and sanitation or sustainable cities and communities.

Three groups of girls ultimately won the challenge, with solutions including a website to educate people on water sustainability, a job counseling and seeking app and an app that encourages people to reduce their electricity usage.

It’s not just organizations that are encouraging young women and girls to choose STEM—women already in the field are also serving as sources of inspiration.

Samantha Cristoforetti, the first European female commander of the International Space Station, recently participated in a Q&A with young girls, accompanied by a lookalike Barbie doll. The conversation was organized by Inspiring Girls International, a charity connecting girls to international role models.

The Young Women in STEM Paving the Way for the Future

Progress has been lucky enough to support several young women pursuing STEM careers. Since the launch of our Women in STEM Scholarship Series, eight female students from the U.S., Bulgaria and India have been awarded scholarships.

Three of these winners—Kaya Dorogi, Gavriela Meyers and Yiming Fang—participated in a corporate social responsibility panel celebrating women in STEM during Progress360. The three young women had their own points of view to share when it came to participating in the STEM field.

“Make sure information about opportunities and ways to grow are being shared with everyone, not just a certain group of people,” Yiming said during the panel. “For example, neither of my parents are in computer science, which is why I didn’t get introduced to it in high school, but I appreciated so much that my school let me know about computer science. It presented those opportunities to learn.”

Brenda Darden Wilkerson, President and CEO of AnitaB.org, also participated in the panel. AnitaB.org aims to support women and non-binary individuals with communities, events and programs that will help them build careers in technology.

Brenda started a program in Chicago called “Computer Science for All.” The initiative caught the attention of former U.S. President Barack Obama, who modeled it and implemented it for the entire country.

She’s a strong advocate for young women and girls interested in STEM and plays a key role in fostering the next generation of women technologists.

“Our job is to make the table where tech is created as diverse as the populations that it serves, which is everyone,” Brenda said.

“We work to make sure there are multiple pathways into tech that are available to everyone,” she added. “We also help organizations—whether they’re colleges, companies, institutions that give funding—to have the type of culture that is welcoming to people of all backgrounds.”

Ada Lovelace Day is the perfect time to reflect on how women and girls all over the world are making strides in STEM. While we all have a long way to go, it’s important to remember how far we’ve come—and how much we’ve managed to change over time.