Celebrating Ada Lovelace with Our Women in STEM Scholarship Winners 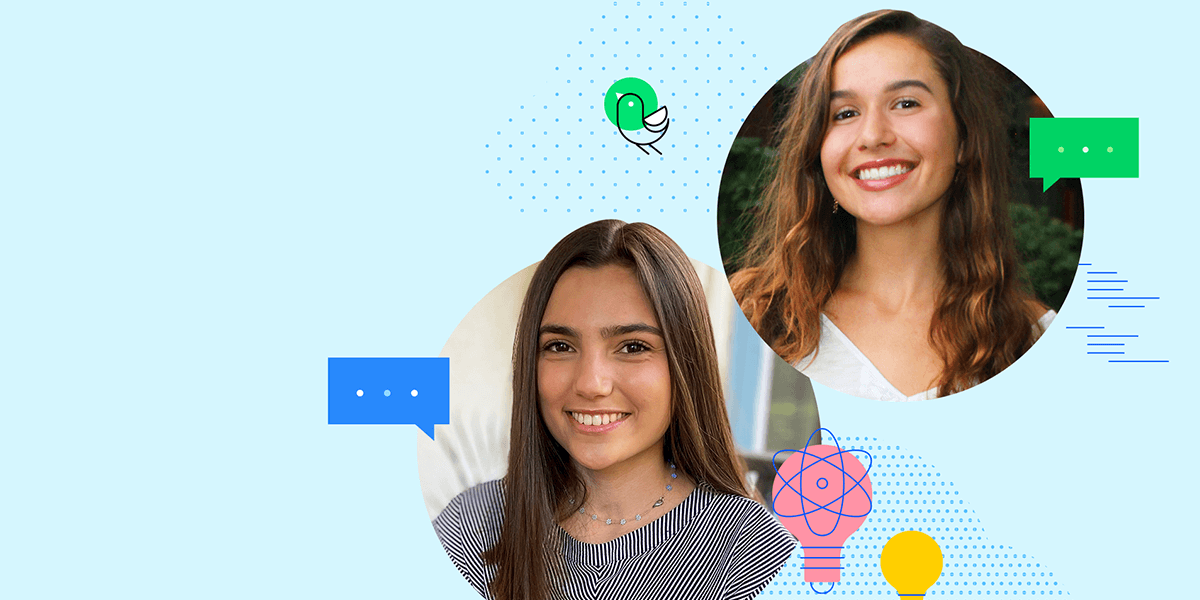 In honor of Ada Lovelace Day and International Day of the Girl, we invited our two Women in STEM Scholarship winners to discuss their goals and experiences.

While technology and digital solutions are often seen as innovative, advanced tools of the future, the unfortunate reality is that these fields still hold significant gender gaps in jobs, skills, connectivity and use.

The U.N. recently reported that globally, the percentage of females among STEM graduates is under 15% in over two-thirds of countries. And in middle- and higher-income countries, only 14% of girls who were top performers in science or math were expected to pursue science and engineering careers, as opposed to 26% of top-performing boys.

This year, two global celebrations aimed to promote the empowerment of women and girls in STEM: International Day of the Girl, observed on October 11, centered around digital generation and the gender digital divide. And on October 12, Ada Lovelace Day commemorated STEM pioneer Ada Lovelace and highlighted the achievements of women in STEM.

In honor of both International Day of the Girl and Ada Lovelace Day, Progress invited our two Mary Szekely Women in STEM Scholarship winners, Gavriela Tejedor and Kaya Dorogi, to discuss their future goals, current experiences, and the reasons why they chose STEM.

“I first got interested in STEM during freshman year of high school,” said Gavriela, who is currently a freshman and computer science major at Wesleyan University.

“I attended a hackathon; I just decided I would try it out, I had never done anything with technology before,” she continued. “I just loved the power of technology, and I was in awe of all that can be achieved with a program and what can happen once you run a program. I was really interested in that point on.”

For Kaya, a sophomore at Columbia University also majoring in computer science, an interest in STEM began early on.

“I used to go to the Museum of Science in Massachusetts when I was 7 or 8,” Kaya said. “They used to do summer camps and day activities, and I would go with my older sister and do all these different math and science games.”

“Math especially was something that I loved throughout elementary and middle school, and then in high school I got into computer science,” she added.

Established in 2019, the Mary Szekely Scholarship for Women in STEM honors Progress founder Mary Szekely, a trailblazer for women in computer science. Mary led development at Progress for more than 30 years, including development on the OpenEdge platform. Mary’s life and work continue to be a source of inspiration for young women interested in tech and engineering.

“Mary Szekely was absolutely amazing and one of the founders of Progress, which is now a global company,” Kaya said. “It’s amazing that she was a part of that at a time when there were so few women in STEM.”

Both Kaya and Gavi also named their grandmothers as major influences on their decision to work in computer science.

“My grandmother really inspired me to choose STEM. She worked in Colombia at a bank, and she worked with a lot of data,” Gavi said. “One of the things that I’m passionate about in STEM, and something I worked at in my old school, was trying to get more representation in STEM because the field is dominated by white men.”

In their future STEM careers, both Kaya and Gavi hope to use and build technology for good.

“A lifetime goal would be to create solutions that better the world,” Kaya said. “The motto of the engineering school here at Columbia is ‘engineering for humanity’—using engineering and our college degree to make the world a better place.”

“I think that’s my No. 1 goal, is to just make the world a better place, whether it’s through better representation, better solutions, fighting climate change—all these different things that could help leave the world better than how I found it,” Kaya continued.

Ultimately, the aim of International Day of the Girl, Ada Lovelace Day and the Mary Szekely Scholarship for Women in STEM is to recognize the accomplishments of women in the field and encourage more women and girls to explore these types of careers.

“My main goal is to diversify the STEM field,” said Gavi. “I think the most important thing is to have a diverse STEM field, because diversity drives innovation. There are so many valuable perspectives we’re missing out on if we have only white men in STEM.”