The content you're reading is getting on in years
This post is on the older side and its content may be out of date.
Be sure to visit our blogs homepage for our latest news, updates and information.

Several months ago, we [inside Telerik] began to chat about web analytics & reporting in Sitefinity.  This conversation was partially driven by Telerik's sales & marketing teams.  These teams rely daily on web analytics to make key decisions.  Furthermore, like many web sites, we made heavy use of Google Analytics to understand our web site's traffic.

Google Analytics is a wonderful tool, but our sales & marketing teams identified gaps in Google Analytic’s data.  Many of these gaps were later identified by the Sitefinity Community.  These conversations formed a picture of how web analytics could be enhanced with CMS data.

Because the core Sitefinity Team was busy with the 4.0 platform we formed an external team to pursue this project.  The short-term goal was to deliver web analytics inside Sitefinity.  However, the larger goal was to enhance web reporting using CMS data.

After talking extensively with Sitefinity partners & customers, we decided that version 1 of Sitefinity Web Analytics would make use of Google Analytics data.  Most of our customers were already using Google Analytics and reusing this data would let us concentrate on adding new value, instead of recreating reports that already exist.

The first version of Sitefinity Web Analytics would concentrate on 3 areas:

The goal was to deliver version 1 of Sitefinity Web Analytics with Sitefinity 4.0.

In the spirit of the CTP, we wanted provide an early look at Sitefinity Web Analytics.  This first preview release can be downloaded and installed into a new Sitefinity 4.0 CTP web site.

What's included in this release:

What's not included in this release:

Please follow the instructions below to test the Sitefinity Web Analytics preview: 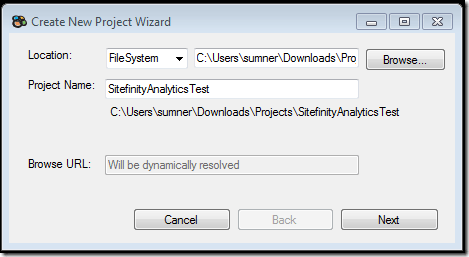 The new web site needs to be completely setup and running in your web browser before continuing to the next step.

The purpose of this step is to close Sitefinity’s integrated web server.  This will restart the web application when it is re-loaded later.

4.  Unzip this file and copy the extracted files into the Sitefinity 4.0 project’s web site directory (overwriting any existing files) 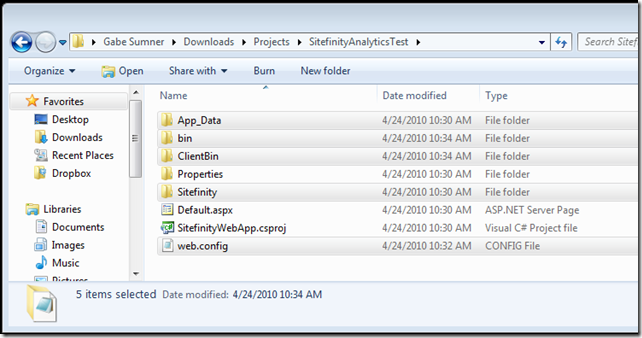 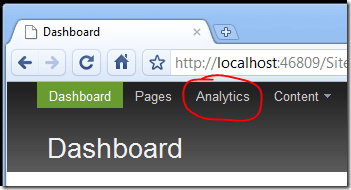 Be sure to give us your feedback.  As mentioned, we’re primarily interested in how we can add extra value to data that you already have access to.  Thanks for taking a look at this early preview.