No Slackers Among These LA Hackers

by Eduardo Pelegri-Llopart
Posted on May 02, 2014 0 Comments

Last month, I attended the LAHacks hackathon in Los Angeles on behalf of Progress. The event was held at the UCLA Pauley Pavilion, April 11-13th and it had participation from 1,400 hackers. It was a great event; I arrived late Friday afternoon, stayed through Sunday and captured some of the ambiance in this Flickr Album.

This was our second time sponsoring a hackathon, after hackTECH in January, and the flow of the event was similar to that of hackTECH (full details in the info package). Hackers arrived Friday evening - the sponsors a bit earlier to set up their booths - the opening ceremony started at 9pm and hacking started around 11. 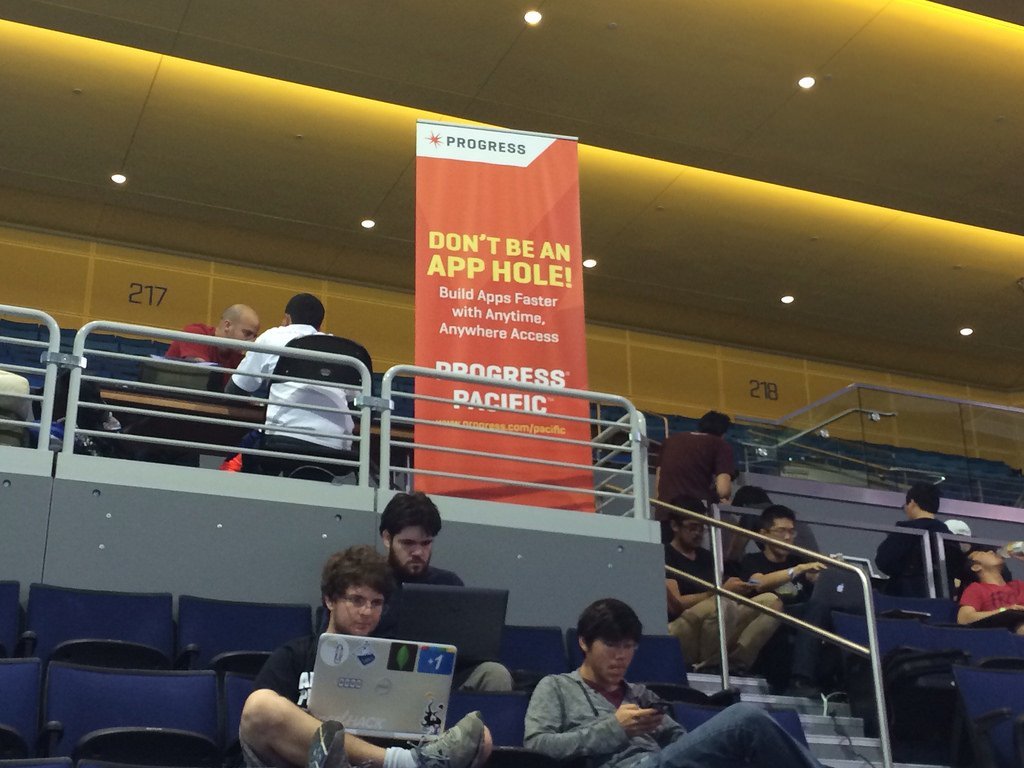 As part of our involvement in the event, we offered prizes including an iPad mini Retina, a Philips Hue SDK and Pebble Smartwatches, to participating hackers for best applications using Apple iBeacons, node.js and Progress Rollbase and ultimately recognized 4 winning applications as follows:

Blicket is an application to streamline "will call" processing, leveraging Apple iBeacon technology (using Qualcomm Gimbals), using Node.js and Socket.io at the backend. The team that developed the app consisted of students from University of California Santa Barbara: Marcus Bernales (’15) and Brandon Shin (’14). 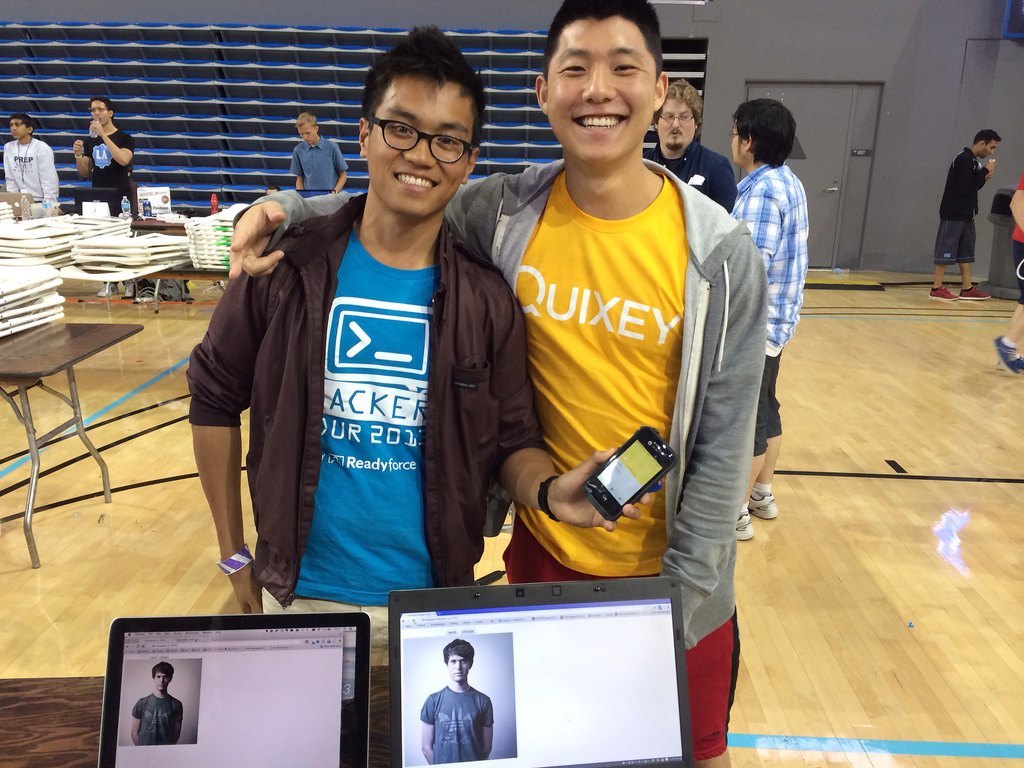 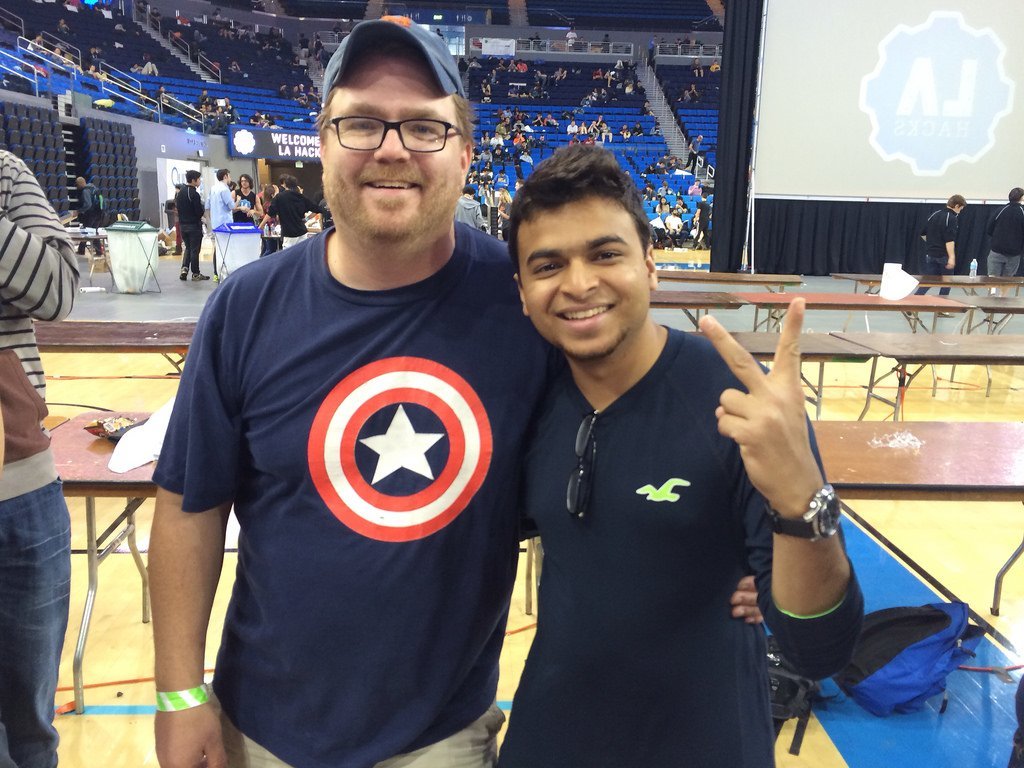 Mixr is an application that supports gesture-based collaboration between participants that are very close to each other. Mixr uses Apple iBeacon in the iPhone devices held by the participants, and node.js and PHP in the server side. The team that developed the app consisted of students from the Boston University College of Engineering: Luke Sorenson (’16), John Moore (’15) and Timothy Chong (’16). 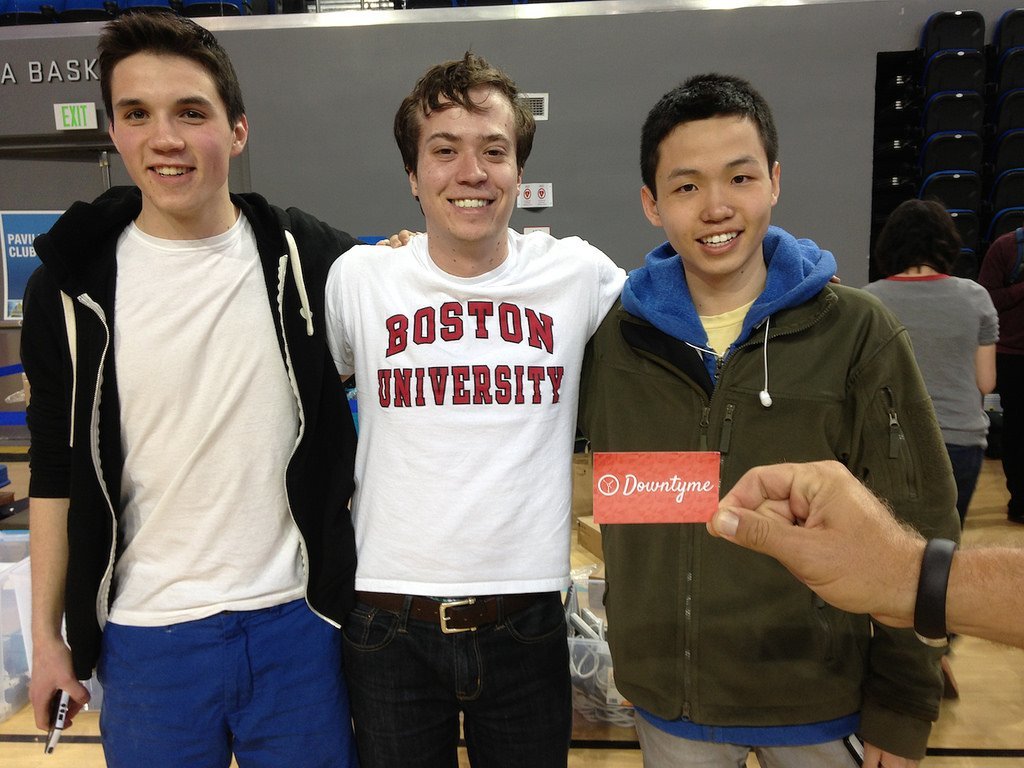 Pindow is an application that supports retailing augmented with indoor micro-location using Apple iBeacons. Pindow uses Qualcomm Gimbal beacons communicating with an Apple iOS App which then talks with a Rollbase App that accesses the retail data and customer identities.  The Pindow team was from Santa Clara University: Hongsen He (MSc ’14), A.J. Rodriguez, Daljeet Virdi (’14), and Guilherme Carvalho (MSc ’15). 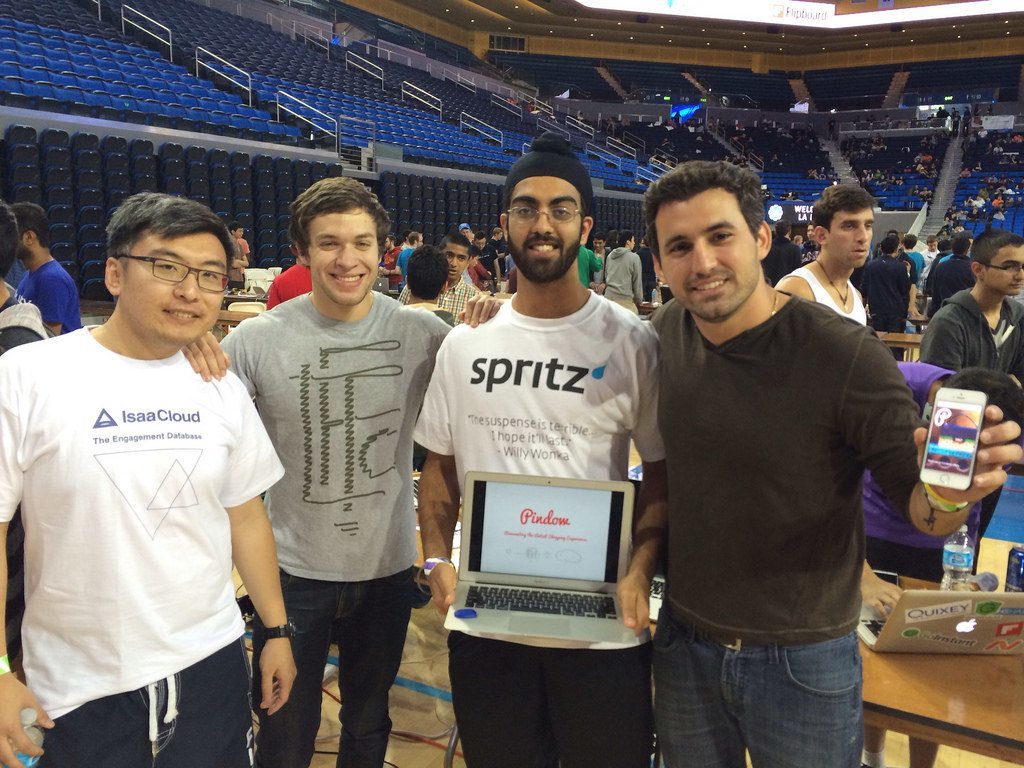 All four hacks were excellent. My congratulations to the winners!

Interested in connecting at future hackathons? Tweet me @pelegri or stay tuned for more about our next hackathon, coming soon! 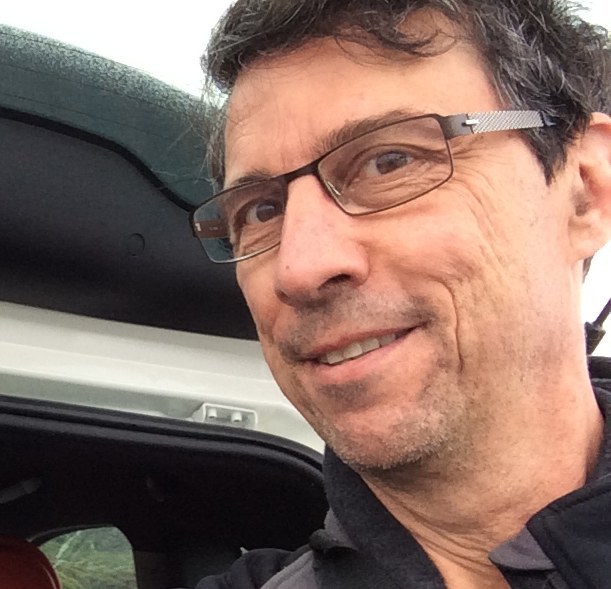