Developing the New Enterprise IT

For IT to support digital business, it may need to reframe the way it defines itself.

Change in IT is accelerating across many dimensions. New models for service delivery, new types of software, new means of creating and deploying software and the cloud all vie for consideration. Is it any wonder that IT organizations struggle to respond appropriately? 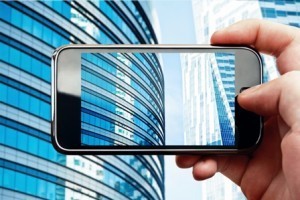 Reframing enterprise IT in light of digital business.

A concept called “reframing” could help as a starting point for grappling with all this change. Now in its fifth edition, the management classic, Reframing Organizations: Artistry, Choice and Leadership, by Lee G. Bolman and Terrence E. Deal, offers a useful starting point for people in IT.

At its most fundamental level, Bolman and Deal suggest we step back and reconsider the things we think we know. Could  a different way of framing, or looking at the situation—using  a different model, if you will—provide a fresh approach to our current challenges ?

For IT now, there are specific enterprise software challenges that just cannot be addressed using traditional methods. These challenges benefit from a reframing approach.

Cloud as the New Infrastructure

Take the cloud. While cloud technologies are not, strictly speaking, “new” anymore, cloud computing has reached such a level of acceptance that enterprises are increasingly moving more and more critical functions to the cloud.

Because there have been few major hiccups with cloud adoption relative to security or economics, cloud looks better and better when compared to the risky path of investing in on-premise hardware and software. Clearly, too, the growth of giant public cloud providers such as Microsoft Azure and Amazon AWS isn’t just sustained by small businesses, individuals or beta testers. Big organizations are on board, proving the maturity of the technology.

More service organizations are adding cloud hosting options. An example is Hewlett-Packard with its HP Helion service. Add to the changes driven by cloud the arrival of Docker, the open-source project that automates the deployment of applications inside software containers, delivering virtualization that is faster than ever before. Since its launch in 2013, Docker has taken off. How else can one contemplate the changes that cloud implies without a fresh frame of reference? 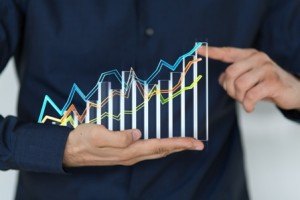 When IT aligns with business goals the results are noticeable

Like the cloud, DevOps isn’t new. What is new is how central it is becoming to IT organizations. For example, companies with frequent release cycles may find a DevOps approach to be more or less mandatory because it can short-circuit traditional lengthy development processes that render organizations non-competitive. By integrating the processes involved in development and deployment (and even the initial process of definition), DevOps doesn’t just increase velocity. It is also generally able to better match goals and results while eliminating many quality problems.

For IT, DevOps represents an entrepreneurial approach to development [click to Tweet this], where IT management must take a more hands-off approach and simply let the devops approach run its course. Usually this works well, but it can befuddle those looking for the assurances provided by waterfall charts, milestones, meetings and more structured approaches.

DevOps has also been closely tied to the movement away from packaged, commercial off-the-shelf (COTS) software, which offered miraculous cost savings when it first began to dominate the industry but now often provides too little competitive differentiation. When everyone faces the same constraints of “one-size-fits-all” software, there is a great opportunity to win by tailoring a solution to your organization’s special needs and opportunities. That’s where devops can deliver the goods. But this new approach means pushing aside tried and true approaches and engaging stakeholders differently. It’s simply not the same old, same old world anymore.

The information component in IT, or at least the data that makes up information, is also revolutionizing. More data is being collected, saved and analyzed than ever before. Often this data has great business-changing potential. IT is now on the hot seat to not only capture every potential opportunity involving data but to deliver results quickly without breaking the bank. 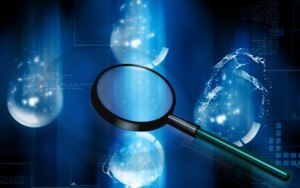 The big data challenge is about more than volume

Data analytics was once a comparatively limited activity for most IT operations, typically focused on a relatively narrow band of metrics. Beyond that, a lot of tactical analysis was accomplished on a semi-official basis within business units or departments using tools like Excel. Now, data preparation, integration and analysis are increasingly put upon the shoulders of IT. This is both a reflection of the growing scale and sophistication of data analytics and its potential to deliver strategic advantage.

Apache Hadoop for big data is one of the most obvious manifestations of this trend but it is hardly the only one. There are many new and emerging technologies, often open source, not to mention large enterprise software companies aiming to automate and perfect the extraction of value from data.

These changes are just some of the most prominent shifts underway for IT. It could be a rough ride. For many years, IT has been living with a prime directive—the  one key task of “keeping the lights on,” as it is sometimes euphemistically described. IT was expected to maintain steady and reliable IT functions. That requirement traditionally absorbed the lion’s share of funding, inhibiting innovation.

However, keeping the light bulbs changed is no longer enough. Of course, IT can’t just walk away from its commitments. But it will need to find ways to continue to deliver its traditional functions rapidly while finding better ways of doing so and doing more.

IT leaders must find fresh ways of looking at and understanding their challenges. A new perspective might be all it takes to put your foot on a new path.

Want to talk more? Fill out this simple form and we’ll get back to you.

As the senior director of product marketing and strategy for the Progress solutions and audience marketing team, Paul Nashawaty keeps his eyes peeled on what enterprises are doing about big data as it relates to digital transformation. Paul is responsible for applying practical business methodologies using technological solutions to drive success in organizations.