Cut Mobile Development Time in Half with NativeScript

Small-sided football games are very popular among Millennials in the UK, who are avid smartphone users. Powerleague needed an app that could keep up.

Powerleague had a problem that many businesses are facing today. A leading provider of facilities for playing small-sided football, many of their customers were Millennials, and they knew that to meet their expectations they needed to deliver a seamless mobile experience across both Android and iOS with features like real-time updates.

Their legacy system for booking pitches and events, which was built with version 10 of Progress OpenEdge, updated information about leagues and teams using an overnight process that pulled information out of the booking system and manually pushed it to the website. It was a slow system that didn’t meet customers’ expectations, and they realized they would need to modernize it.

The Need for Native Smartphone Performance

Powerleague is the world’s largest provider of small-sided football, offering leagues, camps, parties, coaching and corporate events at more than 50 community Clubs across Europe. Millennials account for a significant portion of Powerleague’s customer base, so it was critical that the modernization project not only enhance their system of record but also include the development of a mobile app. The organizers needed a well-designed, comprehensive app that enabled customers to quickly find the nearest venue, book events, draft teams and track stats from their smartphones.

Powerleague outsourced their development needs to a team that explored a variety of options for building native apps (such as ReactNative), but ultimately went with the NativeScript framework for the project.

NativeScript made sense for a variety of reasons. First and foremost, the development team had years of experience using JavaScript. With NativeScript, JavaScript developers can simply jump in and start developing native cross-platform apps using a familiar language—no need to go out and hire iOS experts or any specialist staff.

The performance of the native capabilities was also a major benefit, which surpassed any hybrid approach. Powerleague had insisted that the app must support iOS and Android as well as be readily accepted by their young consumers, and native performance was key to that.

As an OpenEdge customer, the fact that NativeScript and OpenEdge played so well together was also advantageous for the modernization project. Existing OpenEdge APIs, like one already in use for soccer pitch bookings that was in use on the website, could be called directly from NativeScript—reusing all the code.

API standards from Swagger were used to define the OpenEdge APIs—which enabled their OpenEdge developers to upgrade the backend business application, while a small team of JavaScript developers got to work on the mobile app.

Using NativeScript to simultaneously develop native apps for both Android and iOS devices, the development of the Powerleague app took only three weeks. You can find the app on the NativeScript showcase.

I was very impressed by the way the team had used NativeScript and OpenEdge to help expedite the modernization project, enabling Powerleague to launch their mobile app even sooner. With the ability to simultaneously develop cross-platform iOS and Android apps, they could effectively halve the development time of the mobile application—no need to write two separate apps.

Since completing the project, Powerleague has seen online revenues triple. I’m sure that this growth can be directly attributed to Powerleague providing the quality digital experience that today’s customers have come to expect, as well as the greater flexibility in terms of booking options. Customers have the flexibility to book pitches, schedule corporate outings, find players and track their statistics in real time however they want—on the web or from the app. The next time you are in the UK you should give it a go!

When it comes to native development, some of the most frequently asked questions involve comparing native to hybrid web frameworks. Get answers to your questions and more in this comprehensive guide. Or join us in New York or Rotterdam for NativeScript Developer Days, focused on NativeScript and mobile development best practices from the best and brightest in the NativeScript community. 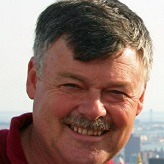 Give A Round of Applause to our Pathfinders!