Why Enterprises Choose NativeScript to Build Their Apps

NativeScript offers huge advantages over hybrid when it comes to mobile development—and is already being used by household names.

While open-source frameworks are increasingly used in business, it’s still sometimes hard to know when the time is right to adopt it for your organization. It’s important to know not only that the framework is technically sound, but that it is trustworthy. We have been hard at work making sure NativeScript checks both of those boxes and proudly tout the many advantages NativeScript offers for enterprise mobile development—but you don’t have to take just our word for it. We’ve compiled some examples of major customers who feel the same way.

SAP, the third largest software company in the world, recently debuted a new tool for their customers. The “Enterprise App Modeler” helps to easily customize cross-platform native mobile apps. This is what NativeScript was made to do, and SAP clearly knows it. As the author notes, they use NativeScript because “running native code on the device provides a huge advantage in terms of power and performance,” and NativeScript enables this beautifully.

Raiffeisen Bank, one of the biggest retail banks in Switzerland, recently revamped the mobile app for their customers. They partnered with Netcentric, who had previously worked with hybrid techniques like Cordova for cross-platform development. This time, Netcentric decided to do something different, seeking “a way to run our code natively, with no middleman holding back performance.” On top of that, they wanted to leverage their existing Angular expertise. NativeScript, designed for native development and for leveraging existing coding skills, was the perfect solution.

For many, cross-platform mobile app development brings to mind Cordova, just like it did for Netcentric. But NativeScript is different. Unlike traditional hybrid solutions, which run inside a web view and sacrifice performance for compatibility, NativeScript builds truly native cross-platform apps with no performance loss. That means instead of needing multiple teams to build for multiple platforms, you just need one.

On top of that, NativeScript lets developers reuse skills from JavaScript, Angular and TypeScript—skills that millions of developers already have, making it easier to find the team you need.

Trusted by the Market

Many open-source frameworks offer minimal support, which can understandably make some enterprises wary of investing their time and resources into it. NativeScript has the full backing of Progress, and we’ve been dedicated to supporting the needs of developers for over 35 years. NativeScript is a key part of that mission, and played a major role in Gartner naming us a Leader in Mobile App Dev for 2017.

We have long experience working with enterprises long and small, and are committed to the success of our customers. Check out the link below to learn more about NativeScript and see how it can work for you too. 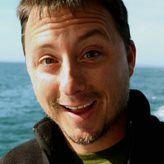 Dan Wilson is the Senior Product Marketing Manager for Mobility technology at Progress. Dan has extensive experience growing technology focused products and services. He got his first taste of fast-moving bleeding edge tech when he joined his first start-up in 1999. Prior to joining Progress, Dan founded and directed a consulting practice for 10 years.