We Are All Citizen Developers—Oppose it or Embrace it

IT departments might dismiss the idea of employees and line-of-business managers building their own business applications, but the trend is moving inexorably towards the growth of the "Citizen Developer."

These unofficial developers, of which you may be one, might have started writing code, or formulas, in Excel or Access, without even realizing they were coding. But now citizen developers are building business applications and software vendors are responding, making application development faster and easier with low-code development platforms.

To Oppose or Embrace… That Is the Question?

For IT departments the option is either to oppose or embrace citizen development—which is taking place whether it is wanted or not.

If IT opposes citizen development the door is opened to shadow IT and potential security issues that ultimately will fall back onto IT. Shadow IT is when employees operate outside of defined IT policies, such as by storing data on Dropbox or having cloud logins they share with each other (unknown to the IT department), and an organisation can quickly lose control of its own data.

But why would an IT department oppose citizen development? After all, business users are acutely aware of the environment in which the business operates. Surely they can respond with more agility if they can simply "get on with it" rather than wait for the IT department to schedule the work required, correct? Not so fast, the opposition typically comes from a position of concern. Such as not having the proper policies in place or knowledge of what these citizen developers are bringing into the IT environment. IT is often overloaded with requests and is thin on resources, so this addition of "agility" provides additional concern for management.

Embracing citizen developers can allow IT departments to do more with less by allowing increasingly tech savvy employees to create their own business applications, thus arresting the ever growing backlog of tasks. IT can develop processes and procedures to support citizen development and propose a preferred low code platform. In the meantime, a form of "permitted" citizen development could be encouraged as a means to reduce the overall workload of IT departments. After all, one consistent factor leading to the rise of citizen development is the under-resourced IT department taking too long to deliver to the business.

Vendors are capitalising on this too, for example the Rollbase Marketplace provides a selection of pre-built application templates anyone can take and customize, white-labelling it and all without writing a line of code. These citizen-developed applications are also increasing in complexity from simple one-problem apps to core business ERP systems, as well as mobile apps

Business-led collaboration is most common (62% of organisations), where citizen developers take primary responsibility in the app-building process, requesting help from IT only when needed. What is most interesting is how this collaboration will shift the role IT will play within the enterprise in the future, to being more of a technology enabler, rather than deliverer. Either way, employees increasingly see developing applications as part of their day job, and not the preserve of IT.

Note that this post has also appeared on LinkedIn, with thanks to @aday434. 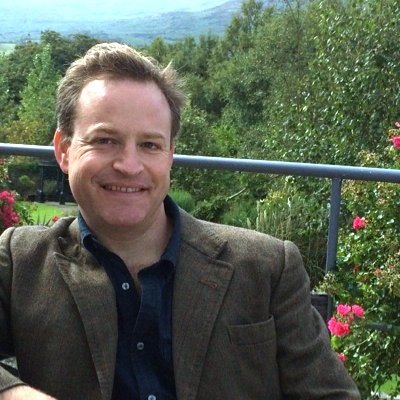 Rupert Mayhew is part of the Progress Adaptive Apps team responsible for taking Rollbase to market. Based in the UK, he has been at Progress since 2014 and established a Rollbase presence in the Middle East, South Africa and Scandinavia. Prior to Progress he held sales and management positions in technology firms such as Wolfram Research, BEA Systems and Cabletron.