The Power of the Patent

I have had the pleasure of working with a market leading management technology for the past 5 years. Wait! Let me rephrase that, it’s actually the market leader. 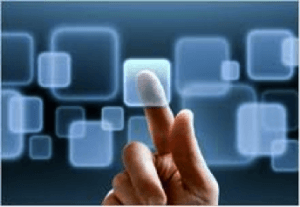 Forrester Research positioned Progress® Actional® as the only vendor in the leader category for SOA Management in 2011, citing its broad and deep functionality as a key strength. This was a great win for Actional, well deserved, and shows great trajectory after receiving the highest accolades in Forrester’s 2007 SOA Management Wave.

Actional has a true differentiator that puts it in a league of their own, and that is its patented technology. As a product marketer, I can’t begin to express how valuable a differentiator backed by a patent is. Competition is tough out there, and all too often messaging for each solution sounds like the next, each claiming the exact same features and benefits, to the point where there’s no black and white, it’s all diluted to a hue of gray. That’s where I’d like to scream from the rooftops that Actional really is DIFFERENT! Patent Track and Trace - Number US 7,330,889 enables organizations to ensure the success of every business transaction through automatic discovery and correlation, in real-time and with minimal overhead providing complete visibility and control over each transaction.

So what does that mean? Glad you asked.

It’s about getting information while it’s happening rather than after the fact and being able to act when it really matters -- before it’s too late. For example, if you’re a doctor and you have a patient with a fatal drug reaction but the data showing this interaction shows up seconds after the patient is dead, it’s too late. You need the information in “actionable time” and the control to act on that information in a meaningful way.

Actional provides interceptors - or lightweight components - deployed throughout systems so the interceptor is “in the circuit” traveling with the transaction. We drive our interceptors in between the application code and APIs enabling Actional to look at any transaction that passes through. This translates to NO custom coding. And, as these transactions pass from one system to the next, we automatically stitch together the entire path – giving you true end-to-end visibility.

Actional shows you what’s happening and gives you the opportunity to react to a situation that is not being acted upon correctly and in due time. For example, take an airline scenario where you’re flying to Milan and your luggage is on its way to Paris. With Actional the airline baggage captain is alerted to the problem (your lost luggage) through policy alerts and he makes adjustments so that your stuff is automatically rerouted. You are advised about it upfront, so that you don’t waste your time waiting at baggage claim, since you know it will be personally delivered to your final destination. End result: greater customer satisfaction, better for business and in many cases; lower passenger blood pressure.

So, with Actional’s patented Byte Code IP, previously referred to as Patent Track and Trace - Number US 7,330,889, it’s clear the engineering team was leaps and strides ahead all the competition when architecting the management solution. Gallant efforts have afforded us this solid position as a true leader in our market space. To quote Will Cappalli in Gartner’s 2012 Magic Quadrant for Application Performance Monitoring: “The IP underlying Actional – one of the first offerings to deploy a dope-n-trace mechanism for profiling transactions – is heavily protected by a range of patents, which continues to circumscribe the efforts of some of its closer competition.”

In closing, if you're looking for a great read detailing more of Actional’s architecture I highly suggest downloading “Actional Architecture – Core Operational Management.”

View all posts from Julianna Cammarano on the Progress blog. Connect with us about all things application development and deployment, data integration and digital business.