Company and Community
ProgressBlogs Reflecting on the Meaning of Memorial Day

Reflecting on the Meaning of Memorial Day 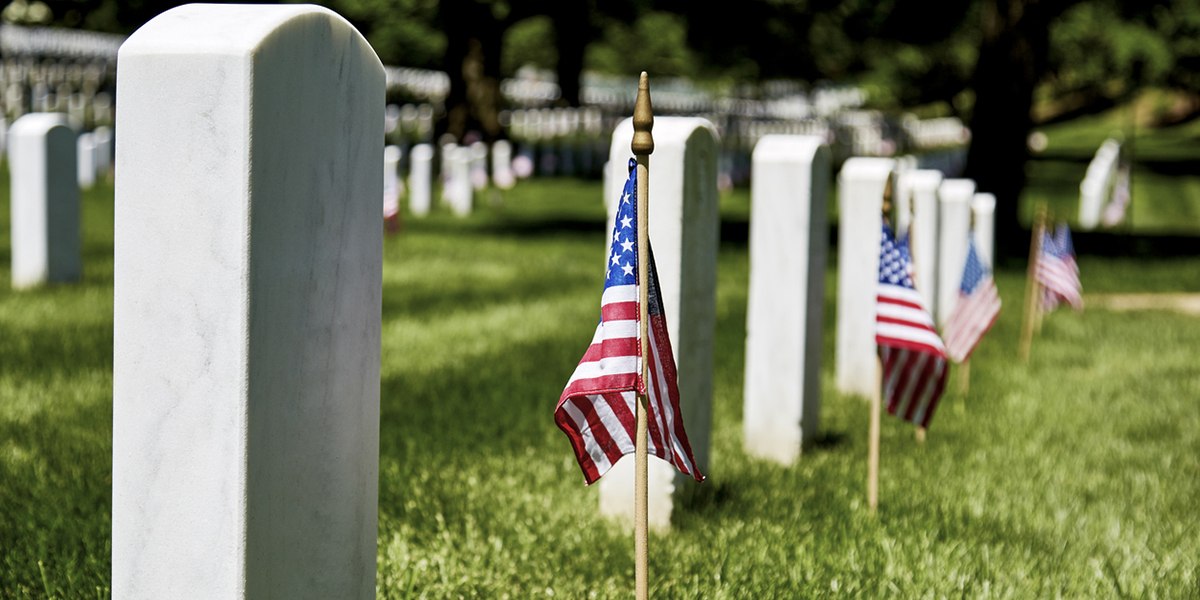 Memorial Day is so much more than the unofficial beginning of summer. It’s a time to honor and mourn those who have died in the U.S. armed forces—the sacrifices of the few for the freedoms of the many.

For a remembrance that has been an official national holiday nearly 50 years, and in reality dates back to the years following the Civil War, Memorial Day has a lot of different interpretations and meanings that go beyond the strict definition. And for good reason.

So, we asked some folks here at Progress to share their perspective and add some context. 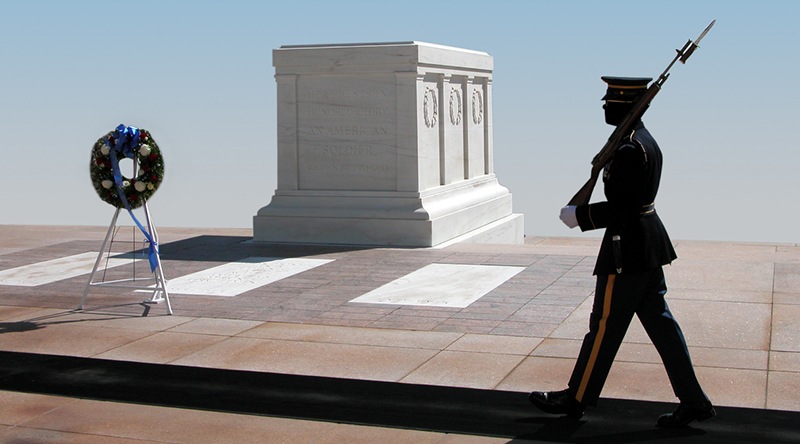 The Tomb of the Unknown Soldier at Arlington National Cemetery in Arlington, Virginia.

First and foremost, we must remember those we’ve lost, said Mark Schafron, a senior copywriter at Progress, who served on active duty in the U.S. Coast Guard from 1978 to 1998.

“The ultimate sacrifices honored by Memorial Day are for me best illustrated by the Tomb of the Unknowns and the sentinels of the Army’s 3rd Infantry Regiment, who guard the tomb with precise ceremony 24 hours a day, 365 days per year,” Mark said. “They never forget the fallen. Nor should we.”

The concept of lives lost extends to some of those who actually did come home too, said Glenn Mulno, senior manager of technical support at Progress who served in the Navy from 1982-86 as a petty officer 3rd class, sonar technician. 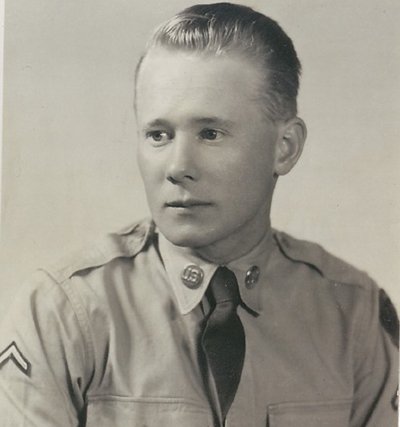 “Memorial Day is officially about all those we lost while they were on active duty in the U.S. military. But for me, I have always thought that this was incomplete and missed an all-too-large number of people who were lost in a different way,” Glenn said. “My uncle Albert Olson (pictured) who served in the Korean War, saw far too many horrors in his time, and came home a shell of himself. The incident that scarred him the most was going out to relieve the camp guards on the perimeter only to discover they had all been silently killed.”

Glenn said his uncle wasn’t able to live a normal life once he came home, and struggled with depression.

“Like so many veterans of combat, he lived in a deep state of depression trapped in a mind of horrors. He retired on disability and spent much of his remaining time reliving his combat days in his head—shouting out orders to men who were no longer there and who would never complete their missions,” Glenn said. “I can remember seeing and hearing him in his ‘episodes’ (as my family called them) and thinking it was pretty frightening. So, he came home and did not officially die on active duty. But the Albert who went to Korea surely died on active duty in Korea and never came home. And so to me, Memorial Day includes my uncle Albert, and the thousands of men and women like him who never really quite came home.”

Hugh Bredbenner, a senior systems administrator at Progress, was a private first class in the Army, serving from 1983-85. He said we should never forget the debt we owe, especially while many are still fighting in current conflicts.

“As a veteran, Memorial Day is very important because it honors those who have gone before us into battle and have given the ultimate sacrifice,” Hugh said. “I was in the U.S. Army and served as a cavalry scout in an Armored Cavalry Unit. I was a private and was in for a couple of years in the early ’80s. My unit had a long history of fighting in many engagements over the years, from the Old West in Texas, The Battle of the Bulge in WWII and in Desert Storm in Iraq. That history was ingrained into our training and we honored the history of our unit. Although I was never called to serve in combat, I was ready and find myself thinking and praying for my fellow brothers in arms as I watch them fight in our current engagements.”

Memorial Day is different from U.S. Veterans Day in November, when we honor members of the military who have fought for our freedoms and returned home to continue to contribute to the American dream.

There are several other patriotic holidays and observances in the U.S., including Independence Day or the Fourth of July, which commemorates the signing of the Declaration of Independence in 1776. It’s worth noting that the American Revolution began in 1775 and didn’t end until the signing of the Treaty of Paris in 1783. For history buffs and fans of the musical “Hamilton,” we know that the war was essentially over after the Battle of Yorktown. 😊

But Progress is not just an American software company, we’re a global company with international offices and employees on six continents. One of our larger offices is in Bulgaria, which celebrates Liberation Day on March 3, Unification Day on Sept. 6, and Independence Day on Sept. 22.

Other public holidays in Bulgaria include International Workers Day on May 1 as well as Saint George’s Day on May 6, which is also the day to celebrate the Bulgarian army and all people named George celebrate their name day, and the Bulgarian Education and Culture and Slavonic Literature Day on May 24—when there are big parades and all sorts of cultural events, according to Tsvetiana Zaharieva, a communications associate for Progress in Sofia, Bulgaria.

Progress has offices in India, which celebrates Republic Day on Jan. 26 when the Constitution of India came into effect, its independence from Britain on Aug. 15, and Gandhi Jayanti on Oct. 2, the birthday of Mahatma Gandhi.

There are several other offices and locations throughout the globe where Progress employees celebrate their countries and their culture. The list is too long to hit them all here.

Regardless of where we are located, here at Progress (which is based in Bedford, Massachusetts) our three-day holiday weekend during the COVID-19 pandemic perhaps provided a brief respite from the ongoing news of more than 105,000 American deaths and at least 380,000 deaths worldwide from the coronavirus (these numbers update daily).

It gave us a much-needed break from an overwhelming present.

For me, whenever I think of Memorial Day, I replay in my mind the hauntingly vivid, profoundly graphic first 20 minutes of the movie “Saving Private Ryan” and the take-your-breath-away Invasion of Normandy. Then I revisit the “Why We Fight” episode of “Band of Brothers” when Easy Company stumbles upon a Nazi concentration camp. And I tear up.

I can’t help but think of World War II and America’s involvement in Europe and the Pacific first. Maybe it’s natural because my grandfather U.S. Navy Capt. Harold D. Howes commanded a PT boat during the attack on Pearl Harbor and he served in the Pacific. Thankfully, he survived. Otherwise, I wouldn’t be here to write this.

An estimated 1.2 million Americans never returned from wars the U.S. has been involved in. And that’s a lot of people who didn’t get to march in a parade. Didn’t get to be thanked by a stranger. Didn’t get to tell their stories.

So, it’s my hope that Memorial Day evokes in us more than backyard barbecues, or opening pools, or kids graduating, or the end of school.

I hope it opens up a pool of emotions about love for all people, about the horrors of war, about the sacrifice of brave soldiers and their families, and about renewing a commitment to avoid, at all costs, the destruction of humanity by the unjust.

And maybe that’s something we should reflect on every day, no matter where we are.

Memorial Day is a time to look back, look forward, look deep inside ourselves, and look far beyond our borders. 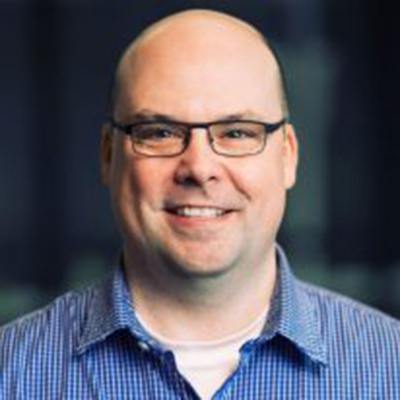