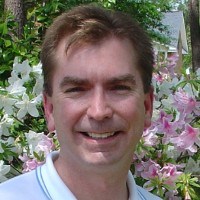 Most customers are aware that we document the existing state of OpenEdge platform support in our Platform and Product Availability Guide, or PAG, which is posted online on Progress Communities. For products such as OpenEdge 10 and OpenEdge 11 the PAG is a living document, updated periodically to reflect the latest changes to platform support, whether it is something newly added or something we are taking away.

But, as important as it is, the PAG is about “the current state” and not about “what is coming”. What’s been missing is a way to share what is in the pipeline for platform support so that customers can more easily make their own platform-related decisions.

First, though, let’s answer two other questions that I hear frequently.

How does Progress make decisions about platform support for OpenEdge?

The short answer to this question is: customer demand. The longer answer is that platform changes are expensive both to initiate and to maintain, so we approach each with a careful review of accumulated customer requests, what our sales data is showing regarding trends in the customer base, how the change might benefit the product from a technical standpoint, and what is happening in the general marketplace. The final decision is based on weighing these factors together and arriving at a best guess as to whether investing in the requested change will be more beneficial to customers than other requests that are vying for the same resources.

The PAG documents can be hard to understand. Why are they formatted the way they are?

We do know that customers often find the Product Availability Guides difficult to read. In fact, when it comes to the PAG for OpenEdge 10 in particular, I think we are all grateful for the “search” option in PDF readers!

The difficulties come about for three basic reasons. First, the long lifecycle of OpenEdge releases means that the PAG for any release has an equally long lifecycle and must accommodate updates for many years, on a variety of technologies – including technologies that might not have even existed when the PAG was first published. So, when a particular nugget of information won’t fit neatly into one of the many tables that already exist, it might end up as a new table or a new footnote (and we have all seen how many of each there are in the OpenEdge 10 PAG!)

The OpenEdge 11 PAG is a slight improvement in this respect, but it is still early in its overall lifecycle. (And I have already received feedback saying that it, too, can be hard for some readers to grapple with.)

The second part of the problem is that the PAG itself has many authors, and each author has his or her own way of presenting information that they believe is clear. In this regard I sometimes refer to the PAG as a Frankenstein monster, pieced together from various sources stitched together quickly in order to make the information public as soon as possible – because, indeed, the first priority is to get the information out there as soon as we can. This timeliness can often be at the expense of consistency or, in some cases, clarity.

Also, as the document grows with each update, the task of making the entire thing consistent from start to finish also grows.

I can personally say that reformatting the PAG documents has been on my “to-do” list since I first became a Product Manager. I still hope someday to bring more clarity to the way they are presented. As you can probably understand, it will not be a simple task. And I certainly do not want to end up making it even tougher to read!

Which brings me to the third part of the problem, which is that each of us interprets information a little differently. What seems crystal clear to one reader can be confusing to another. For example, there is a particular table in the OpenEdge 11 PAG that I have now changed three times based on feedback from customers and the field, only to hear within a week or two from someone else that they think it has been made more confusing due to the change.

Perhaps an ideal way of presenting platform information does not exist, but I will keep trying!

What are the OpenEdge plans for Windows 8?

This is a platform decision that we were able to make based on knowing that so many OpenEdge customers are on the Windows platform and have already been inquiring about Windows 8.

What I’m also happy to report is that our Platforms group has already done some preliminary testing with the Windows 8 pre-release and has reported that things look very good. So we are hoping to make this a quick certification once Windows 8 is available.

I hope this has been an informative opening for my Platforms Horizon series. Stay tuned for more episodes in the weeks to come!

View all posts from Rob Holzel on the Progress blog. Connect with us about all things application development and deployment, data integration and digital business.