Platform as a Service has changed app development 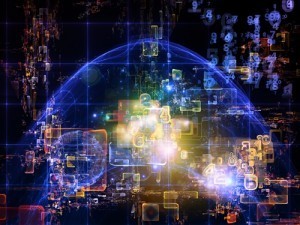 App development has changed, and much of the responsibility rests with the cloud.

In many parts of business, the cloud has changed everything. Applications, for example, have evolved significantly in merely a few years. Traditional models of software deployment suddenly seem slow and costly for everyone involved. Using offerings like platform as a service, app development teams can build powerful new tools with a fraction of the on-site resources, then distribute and update their creations internally or externally, all in far less time than it would have taken even a few years ago. Ask anyone with a background in the industry, and they’ll tell you just how great the differences are.

Dev details CITE World contributor Simon Bisson decided to make an clear demonstration of how different app development is now in comparison to a decade back. He focused on Web applications, using his own experience in the field to measure its progress. He immediately noted the way the cloud has changed things and explained how unnecessary the classic process of provisioning resources seems now.

Previously, users had to pay for a huge amount of processing power. Bisson explained that these workers would need a place for their development environment, which meant hardware with a significant physical presence. With the options for scalability that cloud offerings like platform as a service have made possible, there is no longer any need for such a robust physical infrastructure. When resources are available on-demand, that negates any danger of having too little space to test an app or of paying for too much infrastructure in the long haul.

The next step It may be time for an even greater cloud commitment, as far as app development is concerned. According to Computer Weekly contributor Adrian Bridgewater, the balance of resources needed to create software may be on the verge of moving to the cloud. While there has been great progress made in combining hosted architecture and on-site tools, it its exciting to consider that the bulk of software may rely on the affordable platform of the cloud.

DevOps may be the methodology that empowers this next stage of cloud deployment, and is easily implemented with platform as a service offerings. Bridgewater explained that throughout the IT field, companies have begun to publicly embrace that movement when it comes to the cloud, deciding that the continuous updating of software is a worthy benefit to chase. Embracing a platform as a service offering with robust tools and a simple interface promotes the DevOps philosophy and increases app development efficiency by empowering even non-technical users to develop powerful software.

What does it mean for you? If your company is holding fast to legacy application development and deployment methods, it may be time to take another look at the cloud, especially offerings like platform as a service. The tech area is broad and accommodates many different strategies, and it has evolved significantly over the past few years. Even if the fit wasn’t right before, things may have changed.