PaaS is having a notable effect on application development 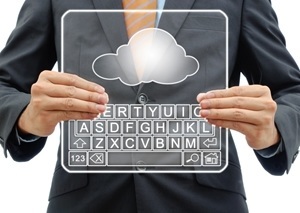 App developers have a natural ally in PaaS.

Application development procedures are a cornerstone of today's enterprise operations. Employees rely on software tailored to their needs to stay productive, meaning any improvements to the way apps are created and tested could help companies on a broad scale. The use of Platform-as-a-Service deployments may be the next step for application developers, and notable figures in the IT field have noticed, pondering their next steps.

The rise of PaaS InfoWorld's Eric Knorr recently explained what he has seen throughout the early days of the PaaS market's development. He stated that while other methods of cloud use are better comprehended, PaaS has found its place. Namely, app developers are harnessing PaaS and using it to improve offerings. He named several reasons for this popularity, including the ability to easily scale software and the resiliency of cloud-hosted apps as opposed to their on-premise counterparts.

Knorr noted that applications in the cloud increase in scale differently than legacy applications hosted on one server. The cloud provides a handy path to enlarge the capacity of an app through the addition of servers. This can help with any availability problems that companies may be having, and keep performance strong at times of increased traffic.

Another primary benefit of developing apps in PaaS environments, as described by Knorr, is the fact that they can withstand server failure. What might have been catastrophic in the case of a traditionally hosted application is instead a momentary problem for the cloud. He pointed out that apps created and hosted in PaaS are naturally replicated, so losing a single piece of the hardware hosting them means replacing that server, but no permanent damage is dealt to the app.

Both public and private cloud deployments are possible with PaaS. Knorr explained that development and testing have a long history with the private cloud, so combining those tenant-specific cloud resources with PaaS naturally fits the established pattern. With adoption on the rise and companies constantly discovering the value of PaaS, the market seems to be changing in a permanent fashion.

"Not just more applications, but a greater number of reliable, better-crafted applications delivered faster can benefit any business," wrote Knorr.

Improved everyday performance Rapid application deployment methods work well with the cloud, and the evolution of these methods may be carried out in concert with the development of PaaS as a leading app creation solution. For instance, a DevOps approach wherein development and testing go on in concert could benefit highly from easy-to-use cloud platforms that many different employees can log into and access effectively.

As the popularity of PaaS is rising, so is its everyday functionality. Employees can now create applications with far less coding, a change which has allowed many new workers into the development space. The flexibility of cloud-based models means these developers have improved access to their tools, and the end-users of the software they create will also see improvements in performance and accessibility. PaaS is a a natural fit for app developers, making it unsurprising that uptake has been strong.