Our Latest Survey Reveals the Winning Big Data Players in 2014 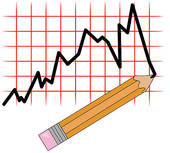 These days, you can’t open a newspaper, flip through a trade publication, or browse a tech news site without coming across a Big Data story, and for good reason — data helps companies make better business decisions. Last year saw the proliferation of Big Data across all enterprises and organizations. Combine that with the myriad of new databases, and the market has seen an influx of new data connectivity options. When it comes to choosing a data solution, however, which vendors are coming out on top?

Our team of researchers set out to find out. We asked 300 data scientists, business analysts, and developers which technologies they are currently using and which ones they plan to implement over the next two years, if any. The results were surprising: while established vendors still hold a large chunk of the market, new, lower-cost alternatives are starting to give the big guys a run for their money.

Here’s a rundown of the major players — old and new — in the data space:

• Microsoft, Oracle and IBM enterprise data warehousing technologies have a sizeable market share, the largest projected growth in this Big Data segment will come from smaller vendors such as Teradata, Amazon Redshift, Exadata and EMC Greenplum.

• With its low cost of entry, open-source Apache is the clear leader in high-volume distributed file systems— being used by more than 45% of respondents.

• The most popular of the cloud-based data and databases for purpose-built workloads is MongoDB, which is used by 39% of survey participants. SQLFire – an in-memory SQL database from VMWare is a close second, used by 20% of respondents.

This is only just a sample of the results from the Progress DataDirect 2014 Data Connectivity Outlook. You can download the entire outlook here. It will be exciting to see who shapes up to be the biggest Big Data players in the coming months!

View all posts from Vancemoore on the Progress blog. Connect with us about all things application development and deployment, data integration and digital business.