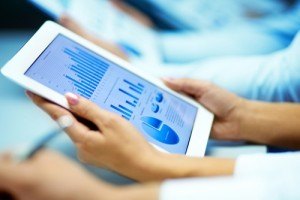 Which app model will you use?

To stay relevant to users, you must create applications that work with the devices these personnel actually use. This means defining your strategy by observing mobile trends rather than trying to bend practices to conform to a predetermined approach. Carefully studying your user base, whether internal or external, can help you pick a platform and deployment method that will suit the workers.

The many different ways to create app content for smartphones and tablets bear recapping. Companies can craft dedicated apps that only work with certain handsets and operating systems, they can design mobile Web applications that are more universal or they can optimize their websites to look good on mobile screens. If firms don't take any of these approaches and refuse to support smartphone and tablet users, they may struggle for relevance.

Web or dedicated? Business Insider recently shared information about the push and pull between app development models, with data coming from a survey distributed by its own BI Intelligence unit. Business Insider explained that the current trend is to craft native software rather than mobile Web apps, but that the latter model is set for a resurgence following a further increase in the variety of mobile platforms on the market. Fragmentation has the potential to go well beyond the current model, which is generally carved up between Apple's iOS and Google's Android.

Business Insider stated that new functionality has empowered the creation of mobile Web apps based on HTML5. This coding language has become the third most popular platform among developers, following Android and iOS and ahead of the other contenders, such as Windows Phone and BlackBerry. The fact that it can function across those device types is likely a major point in HTML5's favor. With developers on board, mobile Web apps could take on native mobile software in the months ahead.

Other sources have seen a bright future for mobile Web apps: InfoWorld's Peter Wayner, summing up 2013 and pointing ahead to 2014, stated that development in non-native languages such as HTML and Java is set for a big year. He explained that mobile Web apps are easy to update, as there is only one version and it is not necessarily tied to an app store.

Ready to develop No matter which app model you select for your mobile outreach, you can give your development staff a leg-up by deploying a new Platform-as-a-Service solution. Workers engaging with PaaS instead of performing tasks on their individual workstations are connected by default, able to share, collaborate and get your apps out into the world, no matter their model.