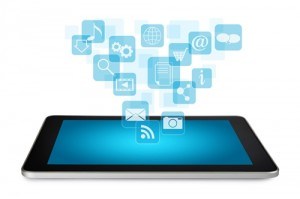 Technology, for all its forward motion, is built on a few stable components. In the past few years, mobile applications have become one of these critical building blocks. If you need to grant new capabilities to your employees, they present an elegant answer to the problem.

Application development departments may prove to be centers of intense interest going forward, as the need arises for several different types of apps. Some of these could be targeted at internal employees. Others could end up facilitating contact and communication with clients and partners. Whatever your needs, however, it will likely pay to keep an eye on the news concerning this tech area.

Summing up, looking ahead The changeover from 2013 to 2014 could be a great time to think back on the way app development has developed. Working with an outdated playbook could lead to disappointment, as the business's requirements may have shifted.

InfoWorld recently summed up a few of the most notable alterations over the past few months, and there are some huge differences. For instance, organizations are now thinking differently regarding the choice of framework used to create an app development environment. The changes favor the use of Platform-as-a-Service (PaaS).

InfoWorld pointed to analysis from 451 Research, including a survey that found PaaS implementation is set to expand by 41 percent a year through 2016. Michael Cote, a researcher with 451, said that DevOps principles are gaining popularity, and this philosophy can be linked to cloud-based environments such as PaaS.

The idea that mobile development is a vital component of business success has received support from several pieces of recent research. Andrew Conrad Murray, writing for InformationWeek, described the field as a "new priority," one that must be handled side-by-side with the issues that companies have spent the past few years mastering.

Murray explained that a recent InformationWeek survey found that developers will have to handle mobile code that is more complicated than they are accustomed to. In addition, they must now work with several different platforms.

Time to focus Dealing with the complexities surrounding mobile programs is on the agenda for 2014 all over the IT world. If it's not one of your own particular priorities, it may be time to ask yourself why. Isn't there some process within your business that could be improved by a mobile deployment? Trends like rapid application development and tools like PaaS are here to help you maximize your investment.