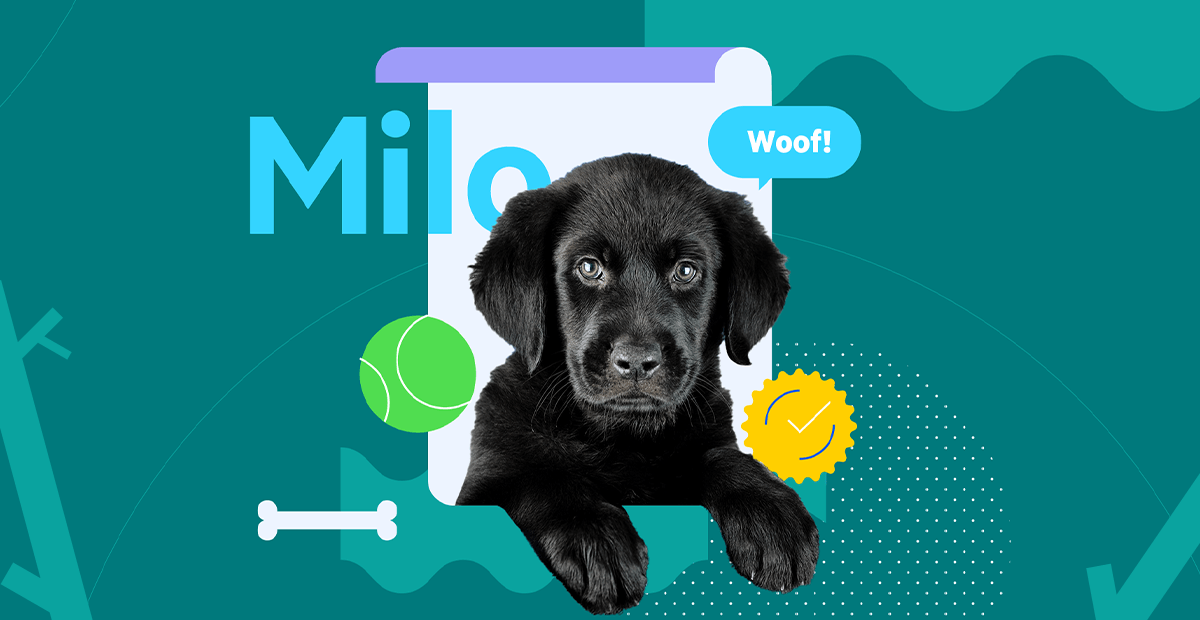 We interrupt your regularly scheduled programming to bring you an adorable announcement: We’re sponsoring a guide dog, and his name is Milo.

Loyal, friendly and covered in hair—these words could be used to describe a lot of people in your life, but right now we’re using them to describe dogs.

Since what feels like the beginning of time, dogs have proven themselves to be more than just faithful companions. Some dogs take on service and emotional support roles, helping humans with physical and psychological disabilities—and while this may seem like a modern idea, service dogs have roots that reach far back in history.

It may (or may not) surprise you to learn that the practice of dogs guiding the blind began in first-century A.D., as suggested by an ancient Roman mural and other records from Asia and Europe. The formal training of dogs to guide people with sight loss took hold in Europe around the 1780s.

The guide dog as we know it today really took shape during World War I, when poison gas used on the frontlines left many soldiers blinded. The events of the war prompted two British women, Muriel Crooke and Rosamund Bond, to found Guide Dogs in 1931.

Since then, Guide Dogs has evolved to not only train guide dogs, but also to offer cane training, orientation and mobility skills training and low vision aid support. At their state-of-the-art National Breeding Centre, the organization welcomes over 1,000 puppies each year. Trained human volunteers also help people with sight loss get out and do more of the things they love.

And they’re not stopping there. Guide Dogs plans on doubling the amount of support they provide by 2023, from 200,000 people today to 500,000 in the next year. By broadening their services, Guide Dogs will help thousands more with sight loss live actively and independently.

Back in November, Progress donated a total of $13,000 USD to Guide Dogs and got the opportunity to name a puppy. The top male and female names were Milo and Luna—and just recently, we received word that Milo was born.

At eight weeks old, Milo is still getting used to the world around him. But soon, he may be taking on the role of guide dog—or another kind of support role—and we can’t wait to see all the good he does in the world.

In the meantime, we’ll be getting regular updates on Milo and his progress—at 5 months, 8 months and 12 months old. We’ll get to see photos and videos, hear from his puppy raiser and learn what his role will ultimately be.

A dog is man’s best friend, no doubt. But a dog can also be much more than that. We’re excited to be a part of one dog’s journey to becoming more.

So, stay tuned for more Milo content. And if you want to support Guide Dogs and the important work this organization does every day, you can donate here.