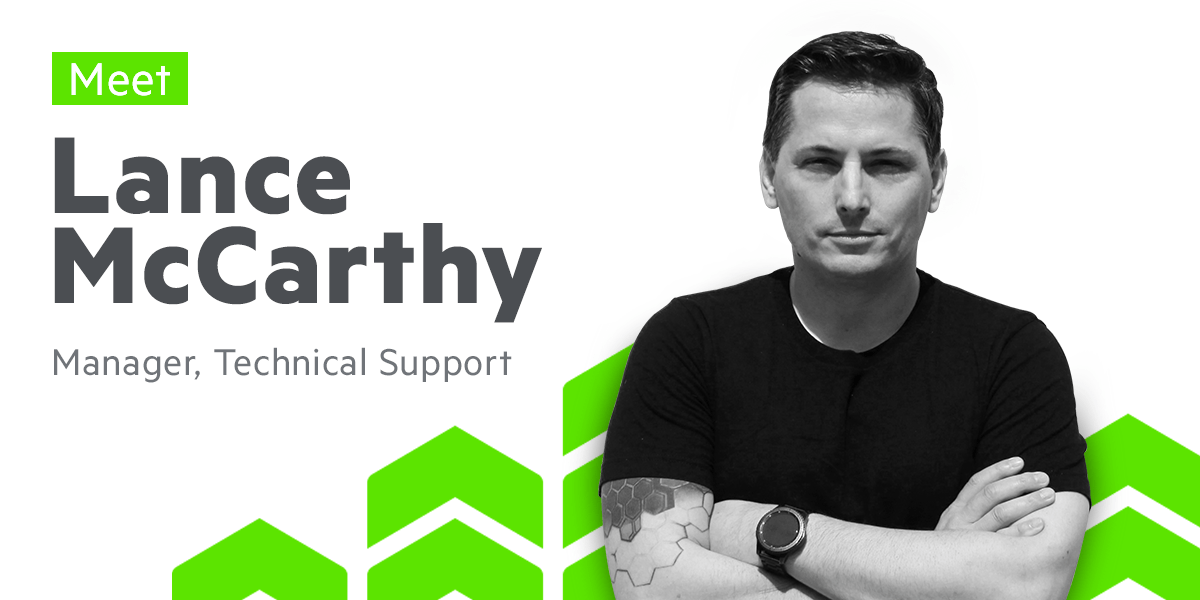 We’d like to introduce you to some of the people from around the world who make us who we are. In this post, meet Lance McCarthy, manager, technical support.

Recently celebrating his eighth anniversary with Progress, Lance left a criminal justice career behind when he followed his passion for .NET coding into a Telerik job interview.

Tell us how your interests changed from criminal justice to .NET technology?

Believe it or not, after going to school for psychology, I became a forensic counselor. I worked in courtrooms and prisons, advocating for non-violent offenders suffering from substance abuse. In my spare time, I learned about a cool new technology called Windows Phone, which enabled you to make your own apps. I started tinkering in my spare time, making some rudimentary apps—but they were fun. The whole experience was exhilarating; it’s magical when you can get this device that you’re glued to, to do exactly want you want it to do.

OK, so you love .NET, but how did you get to Progress?

Along the way, I was introduced to more and more people in the .NET community. This is one of those communities where everyone is inclusive, willing to share their knowledge and you become part of a family. It broadened my horizons. I mean, I was talking to people in other countries, which I had never done before. I met someone from Telerik who saw my work and thought I’d be a good fit for an open Telerik position working as a XAML support specialist. Funny story: I came for my interview in court clothes—the suit I’d wear in front of a judge—and my soon-to-be boss was wearing cargo shorts and a T-shirt. My entrance exam was to build an application using UI for Silverlight. I went a little overboard, and got the job. You know, I still love that project. Anyway, I was hired in 2012 and have been in a technical role ever since. I came to Progress when Telerik was acquired.

Tell us about a typical day for you. What’s it like?

In a phrase, “I have no idea what to expect”—but in a good way. It’s one of the things I love about this job. Sure, I have specific responsibilities, but as a whole, my job is to tackle problems as they come in. Every day the problem set is different, it could be different technologies, different problems, so my main responsibility is: “who knows”?!? Even if customers are just asking “how do I …” questions, the combination of “how do I’s” is endless. We see some strange things, we see some wonderful things, we see some headbanging things, so every day is new.

What’s the most exciting thing about being in your role in DevTools support?

The flexibility. Because I don’t just answer tickets and phone calls. On top of that, I work on so many other things, and you would not find this combination of responsibilities in any other job that I can think of. From writing documentation and demo projects, speaking at DevReach, doing events—I brought my whole team to the Microsoft Build Insider Dev Tour. I have the freedom to grow as a person, professionally and indulge my curiosity outside my main responsibilities. I love my job. There’s nothing else like it anywhere else.

Speaking of growing professionally, how has Progress supported your professional development?

For me to be awarded a Microsoft MVP each year, I need to follow the same strict requirements. It’s just as hard to get each year as the last. Because my MVP is in Windows development, there’s an overlap of skill sets between my Progress work and my obligations as a Microsoft MVP. And like I said, Progress’ support halos back. By my becoming a “teacher of things,” I become a student myself, which promotes continuous learning. So, if I do a presentation on X and Y, I have to learn about Z, I’ve now learned something new. Any time I teach or do videos for Microsoft, or go to Microsoft Build, it fosters my growth. Other companies would be less understanding, but Progress says, you go out there and do it. So, I’m building connections for us and am a representing Progress in a positive way. I’m growing; it’s a big full circle.

That’s awesome! So, is this part of what makes you #ProgressProud?

Absolutely. This is where my #ProgressProud shows. Progress knows that anything that makes me a better person, a better developer, a better whatever, makes me a better asset for the company and also a better asset for our customers. And that makes customers want to come back to us because people like me and my teammates are available for them. Listen, if you get a bunch of people together who don’t want to be there, it’s going to show. That’s not at all what we have here at Progress.

Describe the culture here at Progress. What’s it like?

One of the first things I fell in love with when I first joined the company was the culture. The organization, the people’s attitudes, and the opportunity to be exposed to people from different countries who grew up so differently than how I grew up here in Boston, Massachusetts, is wonderful. And when Progress acquired Telerik, that same culture flourished. It’s one of the reasons why I love being here.

So, what’s the best thing about working at Progress?

No joke: the ability to pursue your dreams.

To get to know other Progressers like Lance, read more of our Progress employee interviews here. 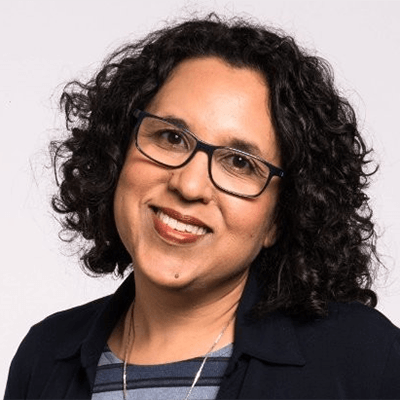 An all-around fabulous marketing veteran of both corporate and nonprofit sectors, and principal at Media Goddess Inc., Paulette is an enthusiastic champion of the written word. She has a strong background in content marketing, writing and strategy, and was also an award-winning media buyer-planner for top brands.