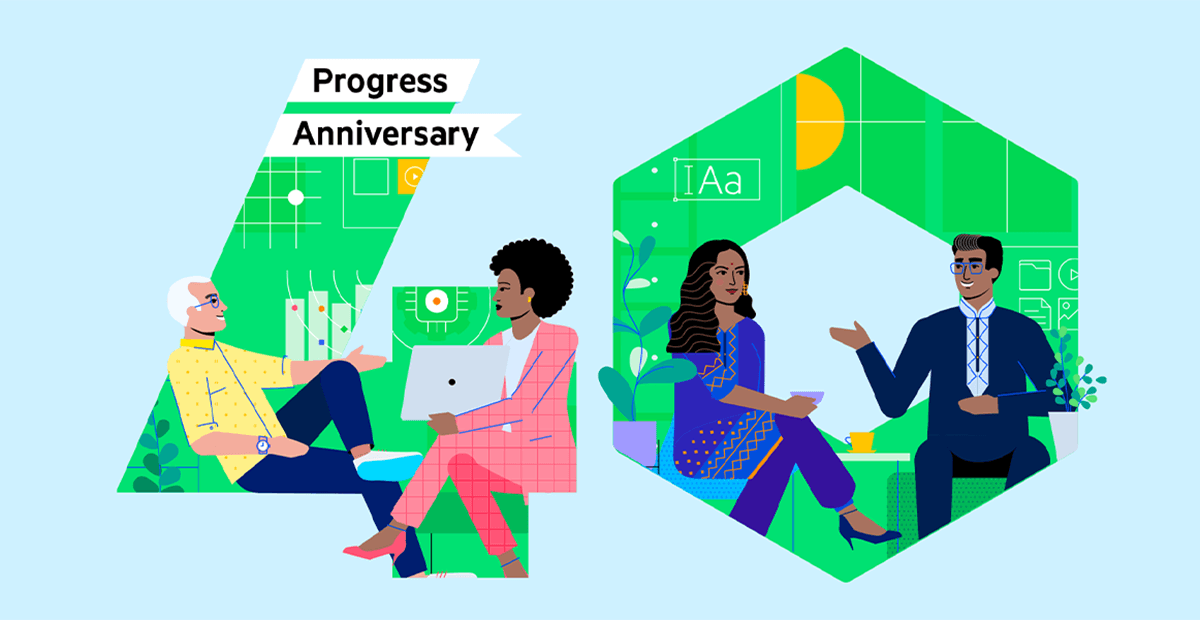 As part of a yearlong celebration of our 40th anniversary, Progress would like to introduce you to some of our fantastic longtime employees who have made us who we are today. In this post, meet Brent Adonis, senior software engineer at Progress.

Since 2000, Progress has been home to Brent Adonis—although the physical location of that home has changed over the years. Brent first joined Progress South Africa, based in Cape Town, but transferred to the U.K. office after a successful implementation campaign.

While his surroundings altered, Progress remained a constant. From fax machines to Blackberry phones, to being named Software Engineer of the Year, Progress served as the place where Brent grew his career and made lasting friendships.

Read more about Brent’s experience at Progress below.

Moving from a one-product company to a portfolio of products that are very well respected in the industry! Because all of the newly acquired products were related to the application development space, it meant that I was still a Progress OpenEdge developer but I was expanding my knowledge all the time with other technologies and enhancing my development experience.

As the industry changed, the products evolved to remain relevant to keep track with modern application development as well as the expectations of this. Some of these product additions and acquisitions include mobile development, low-code development, cloud computing, DataDirect and Corticon. The product acquisitions that were not directly related to core application development meant that I could branch out into other fields while still remaining in the company, slowly transitioning from OpenEdge to data connectivity and data security with the acquisition of Ipswitch.

So, while working for the same company, my role changed as my experience grew and I moved into different roles with different products—some with a different focus than development. All the while, Progress provided the opportunity to grow and provided the training to support this growth.

Initially the teams I was in focused on OpenEdge were development and administration. With the acquisitions, the teams became more integrated as the products became integrated. This meant that the SE’s became subject matter experts for their specific products, but were also able to maintain a working knowledge of the other products. This was really helpful for cross-team collaboration, which was always encouraged.

Who has taught you the most at Progress, and what did they teach you? Or who has been your favorite coworker?

It is hard to pick a favorite co-worker—there have been so many over the 21 years I have been at Progress and I am lucky enough to still have many of them as friends. I have also had many very skilled, wise and intelligent colleagues, some I still work with, who have been business role models.

Oh…😊 Way too many! One or two business meetings come to mind, winning some business against the odds and getting to enjoy that with the team. And of course, the fun times with the many celebrations we have had at Progress—team meals and team events, to name a few. There were so many truly memorable experiences at the many Pro-Club events in many locations around the world—staying in world-famous hotels frequented by the rich and famous!

Personally though, being selected Software Engineer of the Year was not only a massive surprise, but probably one of my proudest work experiences. This was an award given to me by Progress. I remember during the awards dinner I was listening to them read out this report, and with each paragraph they would reveal more clues about where the SE was based and who it might be…with all that, I was still surprised it was me.

It was a particularly lucky year for me in that we had many opportunities presented to us in South Africa, especially the banking sector, and I was able to assist with a lot of this in various roles, from development to training to consulting. Long hours and much assistance from support and development teams in the U.S. and Europe enabled me to deliver on requirements that led us to close many deals. 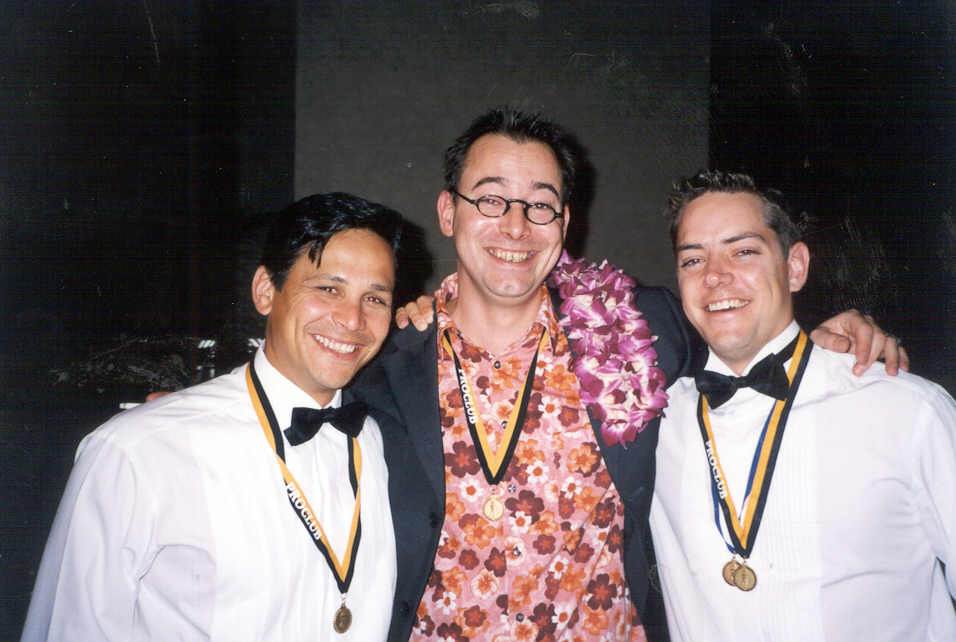 We have a trusted leadership to guide us and make decisions in a challenging, ever-changing business and over the last 10 years, an increasingly exciting product portfolio that allows individuals to grow and expand their knowledge. Progress has also always been a great company to work for the because of the people—business success-focused, but at the same time it’s a fun place to work and a fun place to be. We work hard and sometimes very long hours, but win or lose, it is always made worthwhile by the team.

What was the most "only at Progress" moment that you've experienced?

At one point, the product I was working on was no longer relevant to the business, but because of my experience in OpenEdge as a developer, administrator and trainer, they put a plan in place to create a new role for me, where I could continue to offer value.

Initially joining Progress South Africa, based in Cape Town, in 2000 as a Progress engineer, I had roles that included support, training and Progress OpenEdge consultant. After a Progress acquisition, we had a very successful implementation at a bank in Johannesburg. Because of the success of this implementation, I was offered a transfer to the U.K. office to hopefully implement similar solutions in the U.K. market. Moving family, house and home was challenging, and had the biggest impact on my professional and private life.

Because I knew virtually everyone in the U.K. offices from various events in the preceding years, especially at the sales kickoff events and the technical summer camps that Progress used to host in Bedford every July, there was not much of a transition work-wise since the products were also the same.

For my family, however, it was a bit harder. My teenage daughters had to fit into new schools, new curricula, and new terms, and all this was very different from what they were used to. Of course, moving from the climate we were used to in Cape Town was also difficult to get used to. We moved in September when the temperature in Cape Town was an average of mid 20’s C, to the U.K. where it was mid-teens at best. But here is where the friends I had at Progress really stepped up and helped me, my wife and my daughters acclimatize.

What kind of car (make and model if you remember 🙂) did you drive when you started at Progress?

It was a red VW Golf GTi.

How did you communicate with people at first, fax, actual letters, phone?

I remember many month-end, quarter-end and especially year-end nights sitting anxiously with sales colleagues next to a fax machine waiting for orders to come in that would see account execs make Pro Club. Mobile phones were a status symbol and Blackberry was the business phone of choice.

Progress SE’s were always the envy of our customers when we opened our laptops, because as these changed massively over the years, ours were always top spec and the latest in the specific range!

If you could go back and tell yourself one thing about working at Progress, what would you say?

If I had a class reunion and we were asked about where we worked, I am sure many of my fellow students, in some people’s opinions, would rate as being more successful than me. But I doubt anyone would be prouder of the company or companies they worked for than me. It certainly was not all a bed of roses, but for the past 21 years, I can honestly say that I had a great time learning, earning and having fun while doing so. 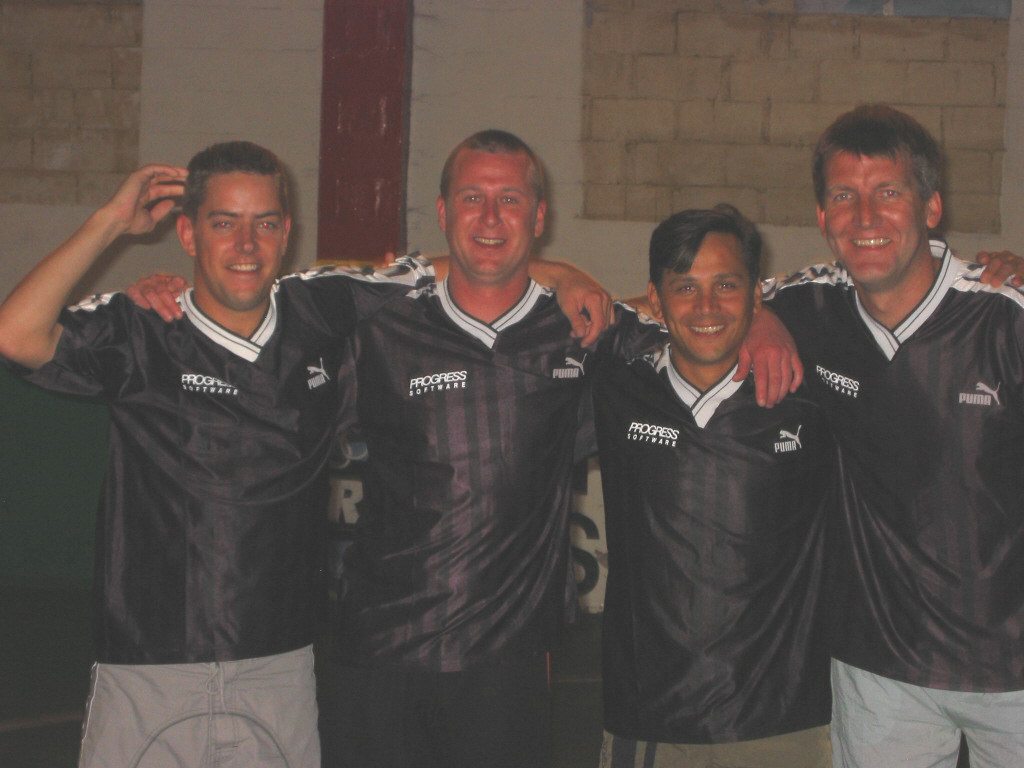 To learn more about Progressers like Brent, read more of our Progress employee interviews here.