High Productivity
ProgressBlogs Is the iOS App Store a Monopoly, and is That a Good Thing?

Is the iOS App Store a Monopoly, and is That a Good Thing? 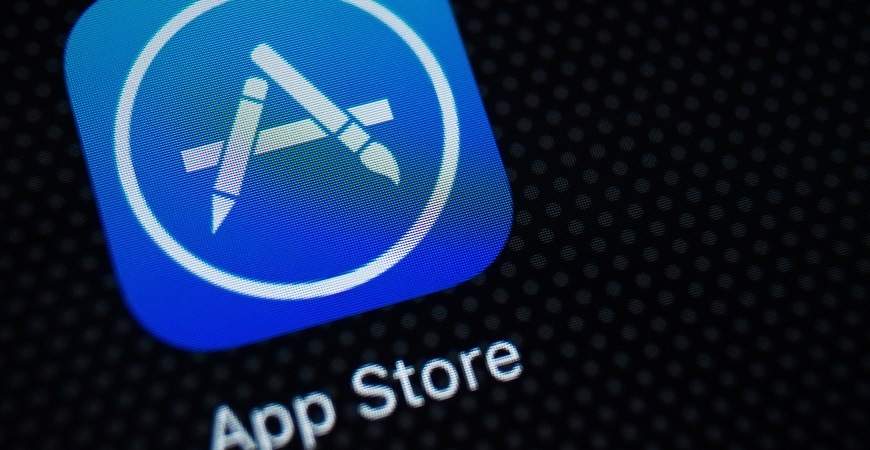 Apple exercises a lot of control over the iOS App Store on every iPhone. But is it a monopoly? Our developer experts discuss in a Slack chat.

The iOS App Store has been in the news lately, with the US Supreme Court recently allowing anti-trust lawsuits to proceed against Apple. At issue is the 30% cut Apple takes from all transactions that occur in the App Store, which has been controversial since the initial release of the App Store back in 2008.

Several members of the Progress Developer Relations team decided to have a Slack chat discussion to look at the ramifications of the App Store’s business model, as well as the recent US court cases. Specifically, we will discuss:

TJ VanToll: Alright, who wants to get us started?

Brian Rinaldi: Starting with Apple’s case for charging a 30% fee, to me, seems a little weak. I am not saying Apple shouldn’t be able to charge a fee, but it doesn’t cost Apple any more to deliver a $10 app versus a $1 app versus a free app. So it is tough for me to see how they justify the need to take $3 from the first but $0 from the last (apart from the yearly fee all developers pay to be able to publish to the App Store)

Rob Lauer: Yeah I think that's a key part of the argument - if Apple didn't charge the $99 yearly fee, the case could be dramatically different.

TJ VanToll: Yeah you pay for the right to build apps, and then you pay again with each transaction.

Brian Rinaldi: To be clear, I am ok with the $99 and even a fixed transactional fee, but since the costs of delivering an app are essentially fixed, the price should be as well.

Rob Lauer: I'm not really a pro-Apple guy, but they do provide a legitimate service with the App Store. While cumbersome for developers, the review process keeps out malicious apps, copycat apps, and provides obvious value for consumers. So who should pay that overhead? Consumers or developers?

TJ VanToll: Ok so I can play team Apple here for a minute and quote a few things from their site.

Since the launch of the App Store, an entire industry has been built around app design and development, generating over 1,500,000 U.S. jobs and over 1,570,000 jobs across Europe.

We’re proud that, to date, developers have earned more than $120 billion worldwide from selling digital goods and services in apps distributed by the App Store.

TJ VanToll: lol at 1.5M for US and 1.57M for Europe. Suspicious. But I mean that is a compelling argument. You have to pay to play in iOS’s ecosystem but you get access to a very lucrative market: users that have proven they will pay for things.

Brian Rinaldi: Very suspicious. It’s also highly debatable. It’s a whole separate debate about Apple’s impact on the pricing of things like games and software to where $0.99 is considered a “normal” price…which arguably hurt as many developers as helped. But like I said, that’s a whole separate argument.

Rob Lauer: But but but! One thing that gets missed in this debate is that the court case was about who could sue Apple. SCOTUS decided that consumers could sue...which I think reframes the argument here.

Brian Rinaldi: That’s the confusing part. They seem to have decided consumers have standing without negating developers have standing, even though it is tough to argue from a legal standpoint that they both are hurt - either consumer take the brunt of Apple fees or developers are paying them. Thus, we now have developers suing too.

TJ VanToll: So break this down for me: Apple has multiple lawsuits against them, from consumers and developers?

Rob Lauer: Right! I think that part is missed...which makes this uber confusing...

Brian Rinaldi: Don’t bring Uber into this! 😉 Keep in mind, the lawsuit that started all this (the one the Supreme Court decided could move forward) started in 2011!

TJ VanToll: Being a lawyer sounds so fun.

Brian Rinaldi: It argues that Apple is essentially a reseller of software and that consumers are the ones hurt by Apple’s fees. And, of course, that those fees are exorbitant because Apple has effectively created a monopoly.

Rob Lauer: So have we answered the 2nd question yet? Apple charges 30% to "somebody"...does this 30% overhead help or hurt consumers?

TJ VanToll: The one thing about Apple’s model that seems obviously legally problematic is with competing apps. Spotify pays the 30% tax and Apple Music doesn’t.

Brian Rinaldi: Yes, that’s where it gets really interesting! But that is not something this lawsuit deals with.

The App Store is not a monopoly by any metric

TJ VanToll: Nice try Apple. So let’s get back to Rob’s point, Apple also argues that this is good for consumers. Is it…?

Brian Rinaldi: In fact, that Apple statement you mentioned was in response to this site by Spotify that relates to the Apple Music vs. Spotify discussion. But to your question, I think you can tell by my responses earlier, I don’t think it hurts consumers. I think it hurts developers and, actually, I think it has arguably also cheapened software to the point that it can be tough to make money as an indie developer - especially around games.

TJ VanToll: Apple also just put out a site that explain on how the App Store is totally not a monopoly, and I’m sure the timing is totally random.

TJ VanToll: Remember looking for apps before the App Store?

Brian Rinaldi: There were apps before the App store? 😉

TJ VanToll: Search for a calculator app on the web and you’re more likely to find a virus than a useful app. The Supreme Court case argued (on behalf of consumers), that the 30% tax raises prices for everyone, and there’s probably some truth to that.

Brian Rinaldi: Agreed. App stores serve a purpose, but the fees as they exist are not justified.

TJ VanToll: Apple would argue that those raised prices are justified, because there’s some real value in having a platform where you can feel confident that the apps you find have been reviewed and aren’t malicious.

Brian Rinaldi: And to Rob’s comment, I think Google has cleaned up Google Play considerably. It used to be the wild west (I remember downloading Marlio apps for my son who loved Mario), but I don’t feel that is the case any longer. And, TJ, sure, Apple has a point, but is that cost any different based on the price of the app?

Rob Lauer: So is Google a model we should strive for on the iOS side? I'm sure developers would be happier. They also allow for PWAs, which Apple seems to be dragging their feet on big time.

TJ VanToll: Brian, yeah, agreed, and I don’t like the 30% being flat either. Just making Apple’s case 🙂

Brian Rinaldi: Based on what I can find, Google also charged 30%, which would mean a decision here could impact Google as well. They also have a $25 developer fee that is a one-time charge.

TJ VanToll: I think the big difference is Android allows for other app stores, and also allows users to sideload apps.

Rob Lauer: Right, developers can self-select out of Google Play

TJ VanToll: I think developers would see the option of other iOS app stores, even if they don’t get hugely popular, as a big victory.

Rob Lauer: So what about that last question?

Do we think the App Store will change in the near future, court-induced or otherwise?

I would say, emphatically, "NO"

Brian Rinaldi: I don’t see how this case succeeds. I think the developer case is much stronger, but only just started. Given that the current consumer case started 8 years ago, we’re not looking at any major changes in the near future - and Apple doesn’t seem worried about its monopoly perception given that they decided to now force developers to not only use “Sign In With Apple” but place it above all other options.

Rob Lauer: I'd have to agree - even if existing class action cases do play out, we are years away from any resolution. Which of course is an eternity in the tech world.

TJ VanToll: The Supreme Court is known for being super fast so I’m sure this will be fine. 😉 The fact that Apple created this site tells me that Apple is at least a little concerned.

Rob Lauer: Hmmm...the "above" idea for "Sign in with Apple" is new to me. That seems problematic...

TJ VanToll: It’s Apple in a nutshell. Give serious benefits to consumers, have a solid implementation, but do all that in a way that strengthens Apple’s monopolistic control.

Rob Lauer: Regarding this whole sign in process (which yes is outside the scope of what we are talking about today) - I'm guessing the uptake in the tech community will be significant (as many of us are privacy-minded). I don't think it will catch on in the consumer space as most consumers have already chosen an auth path.

TJ VanToll: For a fun time try explaining to your family why auto-generated auto-forwarding email addresses are great thing they should use.

Rob Lauer: So what conclusions have we come to? 🙂

TJ VanToll: Apple is the best and the worst. Lawyers are gonna get paid.

Brian Rinaldi: That sounds about right.

TJ VanToll: I will say that I think Apple’s day will come. The fact that I have to go to the web to buy a Kindle book on my phone is absurd and is not a consumer benefit. Eventually some lawyer will get the best of them, but who knows how long that will take. Until then I’ll be a complicit user and developer for the iOS ecosystem 😉

Rob Lauer: My take: consumers generally benefit from a curated app store experience (but it's not without fault). Developers are likely more hurt by the 30% "tax". The App Store is a monopoly, but since consumers generally benefit from it, we tend to look the other way here in the US (which, by the way, is the opposite of how the EU handles monopolies). And finally, for better or worse, nothing is going to change in the App Store experience in the foreseeable future. Apple has every incentive to maintain the status quo (and they are incredibly difficult to disrupt, as all the big tech companies are these days: Facebook, Google, Amazon, and Microsoft). Which hey...that could be our next slack chat! 🙂 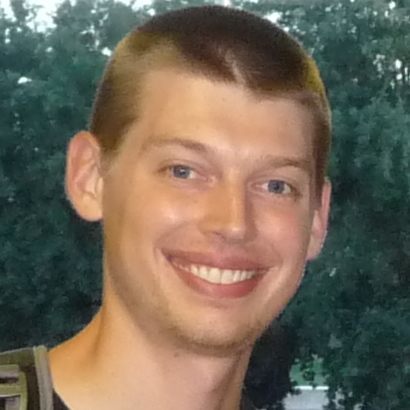 TJ VanToll is a frontend developer, author, and a former principal developer advocate for Progress.