Integrating Corticon Into Your Application

Progress Corticon provides tremendous flexibility in how you choose to implement your Business Rules Management System (BRMS). Read on as Prashant Thumma guides you through the benefits of each option.

I am a Software Architect who has worked on many enterprise products and frameworks. In each, I had to integrate, work with or orchestrate other third party solutions. It’s a rare luxury to work on a totally new project where you get to make all the design decisions. More likely, you’ll have to work with existing applications to fix or enhance them to solve new business needs.

When integrating solutions you often have to live with decisions made a while ago or have time constraints that prevent altering architectures. In all cases there are choices to be made, and you have to be aware of the benefits and the trade offs of each option.

BRMS solutions make the management of complex rules… manageable! You don’t build a complete application using a BRMS solution. Instead, you integrate it or orchestrate it within your application. Progress Corticon is designed to provide flexible deployment options.

Corticon can be deployed as a part of both Java and .NET solutions, and is built to work in the following environments:

To help you determine which environment you may want to work with, let’s look a little more closely at each one.

This is the most common deployment model used by Corticon customers. It allows Corticon to participate in deployments that leverage standards based Service Oriented Architecture. The SOAP deployment option has these characteristics:

REST API for decision service invocation is fairly new to Corticon, but it might quickly overtake the SOAP interface in new deployments. The REST API shares most of the benefits of the SOAP because of the decoupled nature of the architecture. The differences are:

Corticon, at its core, is just a library with a defined API. This library can be embedded into an application just as you would any third-party library. For Java it is provided as a few JAR files and for .NET it is provided as DLL assemblies. This deployment has the following characteristics:

Corticon is also available as a J2EE Stateless Session bean (EJB) that allows you to orchestrate Corticon as part of an application that leverages the full J2EE stack. This model allows you to invoke decision services via Java Messaging Service (JMS) or Remote Method Invocation (RMI). This is the least used option as most developers prefer the lighter weight alternatives.

The Choice is Yours

Corticon provides a lot of flexibility to incorporate rules capabilities into your application. The model you use and the trade offs you make is your choice! 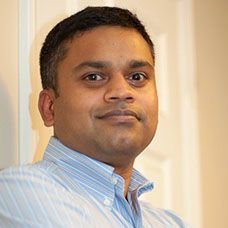 Prashant Thumma is a Software Architect at Progress.  He is responsible for the technical direction of Corticon BRMS.  He brings an extensive background in the areas of Business Rules, Complex Event Processing, Cloud and Distributed architectures.