Gregg Willhoit comments on IBM's response to the Neon zPrime product. The podcast lasts for 2:57.

And I also completely understood IBM’s intent with regard to the use of the specialty engine by ISVs. It was clear that ISDs were given the capability of offloading work to the zip for their own code, not anyone else’s code. That was clear to me as well. So I think IBM’s response to Neon’s lawsuit makes perfect sense.

And if you take a look at our blog, take a look at anything I’ve written, basically I’ve always been in IBM’s camp on this one. I think any approach which uses someone else’s code or someone else’s hard work is dubious at best. I’m just -- I firmly believe in everyone having the ability to basically offload their own code. And they should do so as much as they want or as little as they want. But I agree with IBM 100% on this issue, and don’t think that the marketplace has been done any favors by what’s gone on with this issue with eligible and ineligible usage of the zip.

I think from our standpoint, it’s muddied the waters. Customers are confused. Some are delaying purchases or some are delaying movement, if you will, due to basically the uncertainty of the whole issue. So the sooner this thing gets resolved, the better. However, again, I’m just firmly in IBM’s corner on this one. I think they understood the need for lowering TCO. They also knew they needed to do it in a responsible manner. And I think they did everything right. 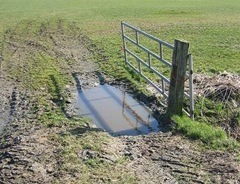 I think the only mistake they maybe made in this whole thing was that they assumed that we, as ISDs, would play by the rules, that we wouldn’t try to take shortcuts and offload somebody else’s code. And I think that that’s, you know, their only fault. They shouldn’t have assumed that all ISDs basically were willing to embrace the spirit of what IBM was attempting to achieve with regard to the zip processor.

View all posts from Gregg Willhoit on the Progress blog. Connect with us about all things application development and deployment, data integration and digital business.