Imagine getting prescribed the wrong medication, or being given the wrong diagnosis at the hospital.  That’s what can happen when critical applications and databases go down in a major hospital.  And whether it's incorrect diagnosis or medication, either one of those scenarios can be deadly.  That's why UZ Leuven, Belgium's largest university hospital, chose to work with Progress DataDirect, the world leader in data connectivity, for its migration from Sybase to DB2.

UZ Leuven needed to migrate over 200 critical medical applications from Sybase to DB2.  They could not migrate this many applications at the client level, so the DataDirect OpenAccess solution, where migration could be done at the server level, became the perfect – and only – solution.  Simply deploy the OpenAccess clients to each of the application servers, and connect them to the OpenAccess Server, which can be set to point to Sybase, and then later DB2. 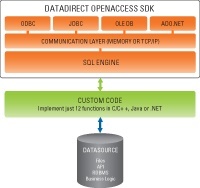 The applications in question could not be down for the several days that would have been required by just switching out drivers.  As Reinoud Reynders pointed out, "The pressure on IT is much higher than 20 years ago, of course, because now when computer systems are down, the hospital has to close, more or less".  OpenAccess enables the “big bang”, as they call the migration, to be done in one hour instead of multiple days - simply switching from Sybase to DB2 on the OpenAccess Server - to which the clients were already connected.    Read more in our UZ Leuven case study! 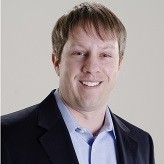 View all posts from Paul Griffin on the Progress blog. Connect with us about all things application development and deployment, data integration and digital business.