Recently I attended Eclipsecon 2009, an Eclipse community conference in Santa Clara, CA. Like previous years, the conference was very well organized and had sessions on various topics ranging from e4 (code name for Eclipse 4.0 release) to Cloud Computing. There was a lot of buzz and even a separate track for e4 - so let me begin by blogging on e4.

Some key highlights of the areas that they are planning changes:

From OpenEdge Architect Perspective, we would need to keep an eye out on developments in e4 so that in future, we can leverage the full potential of the e4 to provide lot of these cool productivity enhancing new features to the OpenEdge developer community. 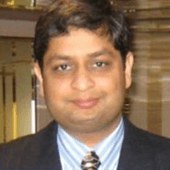 Sunil Belgaonkar brings more than 22 years of software industry experience to his position at Progress, and is currently responsible for the strategy and direction of OpenEdge business.