Do you know Dr. John Bates?

If you don’t, get to know him. Though not a native of Massachusetts, it’s safe to say, “he’s wicked smaaht”. Not only is he smart, he’s really a genuine, nice person.  Recently, Dr. John Bates was named as one of the Top 10 Innovators of the Decade for Capital Markets, in which he has an extensive background. He helped pioneer new techniques in algorithmic and high frequency trading, real-time risk, and market surveillance. He was also a co-founder of Apama, a complex event processing (CEP) technology provider that Progress Software acquired in 2005.

Last year John became a member of the newly established Technology Advisory Committee (TAC) for the US Commodity Futures Trading Commission (CFTC). The CFTC is an independent agency with the mandate to regulate commodity futures and options markets in the United States. Most recently, he joined the blog roll over at the Huffington Post – his most recent post is From Icebergs to Autos, Effects of the Japan Earthquake Are Long-Lasting.

If you haven’t already, get to know John. I promise you, he’s a man worth knowing professionally, and if you are lucky, personally. 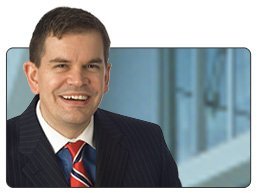 View all posts from Pam Gazley on the Progress blog. Connect with us about all things application development and deployment, data integration and digital business.