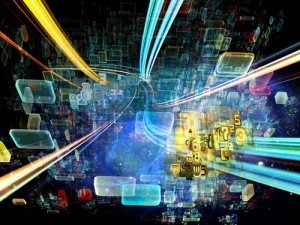 DevOps may soon be the de facto coding approach worldwide.

The many recent changes in technology mean that companies are finding new ways to deal with everyday operations. If you hesitate or let your business slow down, competitors more adept at understanding the new status quo may pass you. This need for a new outlook represents a big part of the appeal of philosophies such as DevOps. Merging the development and operations departments can change the way applications are made, taking down silos that could keep projects from moving forward. While this methodology gained considerable traction in 2013, becoming a veritable buzzword, the movement may just be getting started. There is still potential for improvement.

The right approach Tracking what DevOps means to its users today shows how it suits modern companies. Industry CEO Raj Bhargava, writing for SC Magazine, recently gave such an overview. He stated that in addition to the two departments that give the approach its name, modern DevOps contains elements of quality assurance and security. Basically, the entire creation of a piece of software is handled by a united team rather than a scattered group in disconnected departments. This unified strategy is a natural fit for rapid application development.

Bhargava made an important distinction concerning the present use of DevOps. He explained that it has become a popular methodology for users of all stripes, elevating it above fad status. One of the elements that could hurt DevOps in the near term is the fact that it could be interpreted in a number of ways. Bhargava specified that many in the industry are offering up different definitions, including ones that may simply add confusion.

Under all the industry promotion is a philosophy that can actually help your company become more efficient when it comes to app creation. Bhargava made this point, explaining that the next step may be a greater focus on security, an important piece of the puzzle when working with new apps.

Becoming an automatic procedure When it comes to application development, a thriving corner of the business world at the moment, DevOps may soon simply be the way things are done. ReadWrite contributor Adam Duro offered up this view, drawing a line between agile methodology, the latest revolutionary change to the way coders work, and the current approach. He explained that he sees the market going this way, no matter the size of the business involved. From small operations just creating their first piece of software to the market-leading businesses that release products many times a year, DevOps has become a reality.