Cloud use may still be undervalued 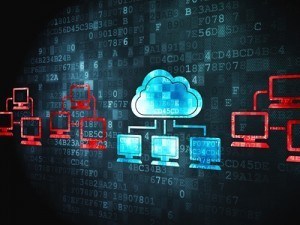 The cloud seems poised for a helpful 2014.

Cloud computing has become a fixture in IT over the past few years. Your company may already be using it in some capacity. The many different deployment models mean you may be buying applications through Software-as-a-Service agreements or even using cloud Platform-as-a-Service to develop programs for employees or customers. This is not the technology's endgame, however.

Cloud predictions for the new year promise further development, and that bodes well for the cloud app development field. With flexible PaaS deployments already available and further features around the corner, this model appears strong going forward. If you previously decided to keep development and distribution on-premise for fear of the cloud fixation ending, its continued presence should be a strong signal to move forward.

If you're already invested in hosted services, now is not the time to lose focus. Looking away now might lead to you miss out on the next useful feature of the cloud to come down the pipeline. In today's competitive industry, where getting an app into use quickly can be a real difference-maker, this ability to pick the right technologies may be hugely important.

What should you know? The IT world is full of hype and speculation. According to a recent column by TechRepublic's Matt Asay, however, the cloud may actually exist in a bit of blind spot. After all, the eyes of IT buyers may have strayed to other products in the few years since the cloud debuted in the enterprise space. It still has plenty to offer, however, and Asay suggested that 2014 will be the "year of the cloud," despite the fact that the same name could apply to any year since 2010.

It would be unwise to assume that the cloud has nothing left to offer. As Asay noted, there is demand for many different types of cloud services. For example, he stated that individual applications delivered through the cloud are popular, but so is infrastructure. And, he indicated, concerns about areas such as security tend not to impede adoption rates, as these worries are dismissed and resolved every single year before resurfacing.

The cloud seems poised to go in new directions in 2014. Industry insider Eric Chiu told Business News Daily that the next wave of solutions may include data center consolidation. The actual hardware that powers critical business functions could end up compressed to demand minimal space and save money.

Helpful deployments Adding the cloud to a business's infrastructure could help it on the road to its objectives. Rather than replacing old tools with cheaper versions, the cloud could help application development teams, for instance, unite their efforts across a complicated corporate structure and embrace agile ideals. Uniting around these PaaS deployments, the whole group can enjoy better visibility into the program under construction. These types of projects could thrive in 2014 as cloud platforms spread.