Data Connectivity High Productivity
ProgressBlogs Cloud migration ongoing: Be sure you get it right

Cloud migration ongoing: Be sure you get it right 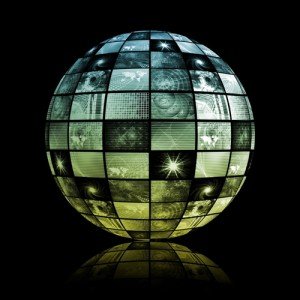 Placing your apps in the cloud may be an important step.

When an IT trend begins to pick up speed, the window to get your company involved becomes very narrow. If you don't hurry, competitors may reap the benefits while you hurry to catch up. The everyday use of the cloud is reaching this stage, with standard business applications proving far more functional and easy-to-use when operated on a Software-as-a-Service (SaaS) model.

Developing new applications to work in hosted architecture seems to be the way to go for a large number of everyday functions, and moving existing apps may also confer serious benefits. Now it's time for IT departments to ensure they are handling these processes correctly.

Pointers for migration Cloud expert David Linthicum recently explained some of the lesser known principles of moving applications from their on-site origins to the cloud. He suggested that these informal rules have not yet become common knowledge. For instance, he urged leaders to deal with their information before they commit to a cloud move. This means determining the final destination for information resources first, rather than as an afterthought.

According to Linthicum, going too far without attending to this is liable to become a roadblock for companies, and in the fast-paced cloud landscape, such a problem is the last thing they need.

The eagerness to get these transitions underway is a new feeling, according to Linthicum. He explained that as recently as one year ago, IT leaders were more cautious or hesitant. They changed their attitude, he stated, because of the realization that cloud-based applications, specifically those in public clouds, can be extremely affordable.

Cloud-based world Moving current apps to the cloud will help businesses join the present day, as it seems apps in general could appear in hosted architecture from now on. Kenandy Inc. chairman and CEO Sandra Kurtzig, writing for InformationWeek, recently gave the case for such a future. She zeroed in on the manufacturing sector, and in addition to naming the same cost benefits that Linthicum mentioned, she singled out ease of operation and the fact that it is simpler to extend such deployments, compared to the rigid nature of legacy tools.

Making a cloud platform the center of an organizational strategy may seem like a drastic move, but that will likely change within the next few years. By that time, companies that switch now might appear to be the sensible ones. You don't want to be one of the hold-outs, refusing to change with the times and ending up completely left in the dust.