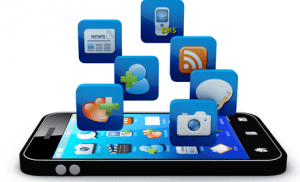 How will you deliver your mobile apps: native, web or hybrid?

We have heard a lot about the advantages of native, Web, and hybrid apps -- but how do you choose which direction to go with your next app development project?

Building a mobile app will land you in a sea of technical terminology and acronyms. Unfortunately, understanding this jargon is instrumental in making design decisions that will ultimately spell success or failure for your next development project. As you begin, the most fundamental of these will be to choose a method of delivery: native, Web, or hybrid.

The market is unfortunately split pretty evenly between native apps, Web apps, and hybrid apps. The trends is moving against native apps and in favor of web apps, with hybrid holding down a steady third of the market, according to Siegel+Gale brand strategist, McNeal Maddox:

Pros and Cons of Native, Web, and Hybrid Apps

As with many of the difficult decisions in life, there is no right answer. Instead, we much consider the pros and cons of each:

Installing an app, no matter the type, is always going to require more effort than just visiting a website. It might be argued that creating a bookmark for a Web app on the home page of your device is technically easier, but many would insist that users are more familiar with letting platform-specific app stores perform installation of native or hybrid apps.

Each of the platform-specific app stores is fighting a losing battle in making apps easy to discover. With so many choices, it is difficult to know which app will work best. Jakob Nielsen of the Nielsen Norman Group, an expert in user-experience research, says, "When people have a question or an information need, they go to a search engine, type in their query, and choose a page from the search results. They do not go to the app store, search for an app, download it, and then try to find their answer within the app."

Of course, before we tip our hats to Web apps as the uncontested winner in the delivery and discovery category, it is important to note that developers are increasingly using this external Web-searching power to deliver links to their native and hybrid apps within those inefficiently indexed app stores.

Depending on your content, certain types of browser caching may be able to provide offline functionality to your Web or hybrid app, but a native app is the only real option if access to your app is critical regardless of connectivity.

Of course, the flip side to this is if your app is used primarily to provide useful real-time information (such as the current inventory of your store). In this case, being functional offline could be irrelevant.

Apps' Use of Device Features

Taking advantage of device-specific features is one of the best arguments for using a native app, but it may also be the least relevant as many apps don't have a use for them.

Be sure to keep in mind that all hardware is not created equally. For example, building an app that requires a fingerprint scanner is only relevant for users with an iPhone 5S or newer.

Some functions have become standard and are generally available to native, Web, and hybrid apps equally, such as allowing access to the GPS or camera on each device. If it is important to include things like gestures or notifications, you should be aware that implementing these tends to be more restrictive for non-native apps.

True measures of performance can be difficult to compare, but native apps win when it comes to speed. Because these apps are not dependent on a connection to the Internet, they run at the speed of your device -- which will always be faster under normal circumstances. Just how much faster may be negligible.

Leveraging development efforts and cost is where Web apps shine, since they are built from industry standard cross-platform Web components. This means with a single app you can reach all of your users, regardless of platform, particularly when using rapid application development tools like those provided by Progress Pacific.

All of the news can't be good though: Access to value-added functions like notifications or running in the background are only available to native apps. While HTML5 has some ability to access functions like GPS, continued access is not guaranteed because the technology is dependent on cooperation from the devices and their operating systems.

Maintenance is one of the trickiest ways to evaluate the different types of apps. While Web apps are amazingly simple to update (letting you perform a single update to a centralized app and database), it becomes absolutely mission-critical that the initial bookmark made by a user stays live forever -- exactly as it is today.

Native and hybrid apps are updated automatically by each of the app stores once your changes are published to them and accepted. While this hands-off approach makes things easy, it also means if you make an error it may not be quick to turn around a fix.

Gaining the trust of users can be difficult. If you are well known and trusted in your industry, this may not be a difficult obstacle to overcome -- but those who are new and untested could struggle.

Users know that app stores try to maintain an inventory of apps that have been reviewed, are not malware, and will not be infected by a virus (although there have been a few exceptions over the years).

It may not be the goal of every mobile app to make money, but in many cases monetization is a consideration. Web and hybrid apps have the benefit of not going through app stores for e-commerce transactions, which means not having to share profits with them. But, this freedom from fees comes with a price: Making an in-app purchase happens in many cases with just a few taps on the screen, making impulse buying much more likely.

Users: The Only Critical Factor

Normally it would seem like a copout to say that there is no right answer in this debate, but it is the case. The only critical factor in your decision is that you maintain a user-first approach regardless of whether you choose to build a native, Web or hybrid app.

Using the pros and cons discussed above, begin your app development project by identifying your audience's need-to-have functions versus their nice-to-have features. This list will make it much easier to choose the app delivery method that fits best.