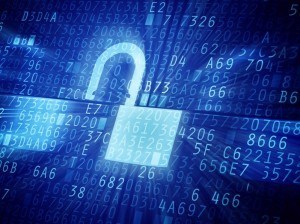 No matter how often it seems BlackBerry is near death, the loyalty of the business community pulls through. Government agencies especially love the security only BlackBerry appears to provide. With BlackBerry's new turnaround strategy built on integration with Android, developers should consider how they can support the platform that enterprise is willing to pay for above all others.

At a recent security summit in New York, BlackBerry Ltd. announced that its restructuring days are now in the past. After years of layoffs and losses, the Canadian technology giant is ready to start hiring and making money again. This news is significant for consumers, but even more so for developers: BlackBerry has a stronghold on the enterprise business —which also happens to be the group most willing to pay for apps.

An ideal mobile device for the digital workplace?

So how will BlackBerry return to its former glory (and relevance)? It all begins with its upcoming Passport device. According to John Sims, the president of Global Enterprise Services for BlackBerry, “The Passport is not going to be a device for everybody, but for certain industries, sectors, and certain companies. The screen real estate, the keyboard, will apply in certain markets.” Sims feels that the Passport will be especially applicable in health care and financial services, two industries sensitive about the security of their data.

This new smartphone makes strategic sense because it offers a device with a form factor and feature set that isn’t available from any other manufacturer. Where BlackBerry once tried and failed to build a better iPhone (as an example), Chief Executive John Chen is employing a new strategy: if you can’t join ’em, beat ’em.

Building on a deal made with Amazon earlier this year that gave BlackBerry devices access to over 240,000 apps in its Android app store, the company made two significant strides: freeing up resources previously focused on running a meager app store while adding value to the already booming Android app market.

That isn’t all. BlackBerry has also signed a deal to acquire Secusmart in a move that will further bolster the company’s reputation as a leader in communications security. Secusmart boasts technology that makes it more difficult for hackers to eavesdrop on voice calls and data transfers (adding to the already encryption-enhanced BlackBerry devices).

While mobile app developers should care about Blackberry

A lot has happened to BlackBerry in recent years, including the loss of over 10,000 workers and a number of failed products. Since Chen replaced previous CEO Thorsten Heins in November of 2013, a series of cost-cutting measures with a new, tighter focus has breathed at least a little new life into the company.

Developers should be paying close attention. If BlackBerry overcomes these next challenges and finds success with its new hardware offerings, apps focusing on the security and productivity that enterprise clients demand may be especially profitable.