Seasonality is nothing new for supply chains, especially those in the retail and consumer space.

For years, businesses have planned for Black Friday, hoping to turn their sales into the positive right after Thanksgiving or drive sales leading up to Christmas. There is also the traditional seasonality around Valentine’s Day (chocolates and flowers), the dog days of summer (beer and bathing suits) and major sporting events (flat screen television sets for the SuperBowl, etc.).

But, in the era of mobility, always on connectivity and mass media, a new seasonality, or more precisely a new demand has emerged. Over the next couple of posts, I’ll describe two events that are impacting this shift in demand, sales and consequently, supply chains, in real-time.

1. “LinSanity”: From benchwarmer to global sensation in 24 hours

If you haven’t heard the name Jeremy Lin, then my guess is you’ve been living without television, radio or Twitter for the past month. For those of you who aren’t aware, here’s some quick background:

About a month ago, in early February, an injury forced the Knicks hand – they had no choice but to play Jeremy Lin, the kid with no NBA future.  Things changed drastically.

What happened next is an anomaly of historic proportions. In his first 5 games Lin averaged double-digit points and took the league by fire - leading to what press and NBA fans, alike, are now calling LinSanity. Within a week, Lin had over 600,000 Twitter followers, his own trending topic (#linsanity), 500,000 fans on Weibo (China’s largest social network), and even his own Android app! 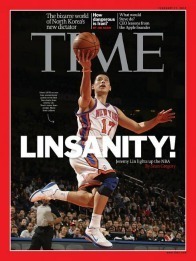 So what does this craze have to do with supply chains?

In this short period of time Jeremy Lin’s became the #1 selling jersey in the NBA (in both the US and his native country, China) and he subsequently pulled Knicks into the #1 spot for overall jersey sales.

LinSanity certainly falls outside what most would consider a regular seasonality drivers, but the same rules apply. Although retailers and manufacturers cannot control the demand, supply chains must manufacture, distribute and sell the unplanned items.

But what if these so-called "flash demands" are just that, a flash? What happens when Jeremy Lin comes back down to earth and his jersey is no longer #1 but the NBA already ordered large quantities? These types of unexpected demands place great strains on supply chains. On the surface you might think higher demand means more revenue, so that's a good thing.

But what if your supply chain cannot sustain or support this new demand? It might become a double edge sword of increased demand that cannot be met and instead of satisfied customers you have missed sales, angry customers and damaged brand image. When we think of your supply chains and gaining visibility, we have to be savvier. Supply chains have to recognize events as fast as possible, but more importantly supply chains must be able to understand what the impact is with regards to what they are observing with equal speed. Finally the supply chains must be able to act to take advantage of these events.

Otherwise, supply chains could find themselves, like so many NBA teams, explaining to stakeholders how they missed the star-quality of that kid from Harvard. 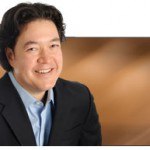 View all posts from Guy Courtin on the Progress blog. Connect with us about all things application development and deployment, data integration and digital business.