DevOps procedures have a definite goal 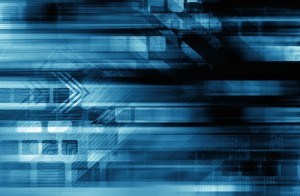 The future of app development may be completely revolutionized by DevOps.

Basic concepts can become complex quickly. The word "agile" is a great example, a simple adjective that is now associated with numerous efforts to smooth the application deployment process. "DevOps" is in a similar boat. You may be asking yourself if processes carried out under this name are real efficiency boosters or simple media-driven hype. Such cynicism is easy to understand. However, real thought has gone into DevOps, and with a little explanation, you can likely see how this approach will work for you.

Anatomy of a trend CITE World's Matt Weinberger recently pulled apart the meaning of DevOps for today's companies, concluding that it is not a single set of procedures that firms can implement from a template. Companies are different, and their approaches to DevOps will be similarly diverse. Weinberger pointed out that there is a deep connection between working with cloud services and operating on a DevOps model, with businesses controlling their infrastructures through coding, reinventing themselves in faster forms and getting applications out to the user population.

No matter the exact industry, it is likely that firms will be working on apps.

"Thanks to the cloud, every company is in the technology business, and the role of the CIO is increasingly to provide value and keep the company competitive," Weinberger noted.

Weinberger also indicated that there is a theoretical endpoint for DevOps development. Someday, the software development and operations processes will have fully merged. Then, he stated, the movement will have become irrelevant. It will simply be the way to produce apps, and firms will theoretically be faster for it.

Is it time? As Riverbed Technology's Anil Batra specified in BizTech2's end-of-year DevOps roundup, 2014 may be the year "all large enterprises" use DevOps principles to guide themselves when creating apps. This means that the movement may be drawing to a close, with the question now becoming how firms implement DevOps - the fact that they do so may soon be a given.

If you conclude that this reorganization of roles is something your business is ready for, it may be time to check on your development infrastructure to ensure it contains the strong visibility that developers and operations personnel need to truly collaborate. This is where a cloud platform may become a vital piece of infrastructure rather than an optional convenience. Rapid application development and the cloud tend to coincide.