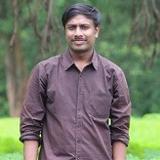 Dileep Dasa is a Sr. Engineer at Progress and has been working on OpenEdge SQL the last 3 years. He has worked on various OpenEdge SQL features across multiple OpenEdge releases. Prior to OpenEdge SQL, he worked on ABL features and also has some experience with OpenEdge database. Besides this OpenEdge runtime working experience, he also worked on Progress Developer Studio for OpenEdge (PDS OE) during the integration of OpenEdge AppBuilder.