Application use thriving in office settings 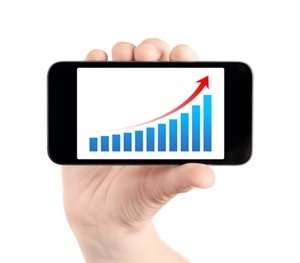 The application has strong connections to the consumer technology world, but it has increasingly earned its stripes as a business concept. These pieces of software have, in their specific functionalities, become critical for keeping offices connected. Mobile devices are extending business efficiency well beyond the physical walls, and recent surveys have shown that apps are the preferred way of keeping users productive.

Why use applications? App Developer Magazine recently reported that Good Technology surveyed enterprise application users and found that app activations are on the rise, despite the fact that codified mobile plans may not extend too far into the future. With leaders unafraid to entrust their important functions to these discrete software units, the future of development and deployment appears bright.

The report found that in many cases, businesses are deploying their own creations rather than outside software. Custom application development in the fourth quarter of 2013 was far higher than in the previous quarter; it grew by 55 percent. Good Technology explained that there has been a distinct rise in the sophistication of enterprise applications as firms delve deeper into their own programs. Business intelligence applications were among the fastest-growing sectors between quarters, with users hoping to become data-driven.

Good stated that firms want to ensure their employees are productive and can work together. Entrusting these critical business efficiencies to mobile devices demonstrates that organizations are interested in making smartphones and tablets central parts of their strategies.

"There's no question that enterprise mobile app development is on the rise and the industry is at an inflection point," said Lopez Research founder Maribel Lopez, according to Good.

Keeping productivity high Of course, if companies want to make their employees more efficient, they will likely need some type of rapid application development framework. Firms that spend months on the traditional creation process, passing the in-progress software between various teams, may end up taking far more time than is necessary and missing out on the potential gains of a well-targeted application for a function such as business intelligence.

Embracing new methodologies such as agile and DevOps can help keep productivity high, with custom software being released and updated constantly, instead of seeing a few scattered updates months apart. In these systems, employees get access to the functions they need while that technology is still relevant. With the right development platform, your team can provide this functionality, stocking a company app store with the latest iterations of vital productivity software. Deploying custom apps is increasingly becoming an industry standard. Failure to keep up could be costly.