The OSIV-Pool coordinated with the Progress team to modernize its Progress OpenEdge-based client-server architecture, replacing it with a web application equipped to move the organization forward. 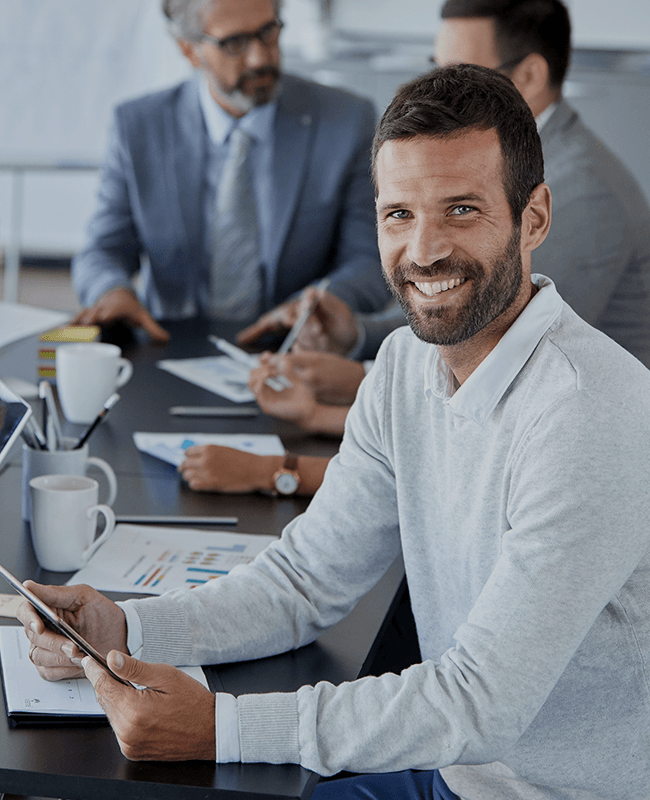 Updating the entire infrastructure of a major Swiss disability insurance organization to meet new government requirements, while remaining fully operational throughout the project.

Modernized OpenEdge and its business logic and developed a new flexible web application.

The OSIV application is the central case management application for Swiss disability insurance. More than 1,350 employees across Switzerland use it to manage and process over than 20 million documents. In 2018, the OSIV-Pool started a far-reaching refactoring project for the application operated with Progress® OpenEdge®.

“As a provider and operator of a critical solution for the public sector, we have a high-level of responsibility and serve as a role model,” explains Stefan Geyer, Managing Director, OSIV-Pool. “With OSIV 5.0, we have a high-performance application that is supported by and is very much appreciated by our users. However, we recognized that it would not be able to efficiently cope with future eGovernment challenges, such as cloud computing, teleworking and mobile devices. The maintenance effort was high, the expansion options were limited and the user guidance no longer met today’s requirements.”

The team’s goal was to secure the technology investments OSIV-Pool already had, while delivering the same functionality and usability. All while still equipping it to meet constantly evolving technology challenges. It was no small task.

The OSIV-Pool decided to dive into agile software delivery, engaging Progress as general coordinator for the major project. That work involved changes on a technical, organizational and methodological level. Instead of being a client-server application, OSIV- Pool needed to pivot to a web application, which would involve modernizing OpenEdge and its business logic. “The integrated OpenEdge platform is particularly suitable for the operation of critical applications in sensitive areas. It has a high-degree of openness for the connection of additional components and at the same time, meets high requirements for data protection and security,” said Geyer.

To minimize risk, the new solution would be introduced in parallel operation in stages with both versions having access to the same database. This enabled the team to continue working seamlessly with the old solution, without any data loss if problems happened to arise.

The Progress team coordinated with an international team of specialists and developers, while OSIV-Pool regulated the revision of the architecture, the cooperation with the framework providers and handled user training. The OSIV 3G web application was developed within four years and gradually rolled out to all seven IT offices in parallel to the client-server application that was still in use.

After twelve months of preparation, assessment and validation, the first release was implemented, initially used by four IT units for a pilot phase. The second release was delivered several months later and put into operation by all seven IT offices.

“So far, we are very satisfied with the way the project has gone,” said Geyer. “Progress supported us in revising the architecture. In close cooperation, new frameworks were selected and implemented, and user experience and maintenance efforts were optimized as well. All stakeholders had full involvement in the process. The new OSIV 3G is already running productively at some IV offices and is already enjoying a high level of acceptance from the user base.”

OpenEdge also allowed the independence of the local IV office to be reflected in the architecture. In the future, OSIV-Pool office will be able to decide independently of one another whether they want to use OSIV 3G on- premises or in want to operate the cloud. All partners developed their frameworks to be compatible with OpenEdge and having the Progress team in a hands-on role meant it assumed risk management responsibilities as well. “Progress has fully met our high standards as a provider of a critical solution.”

The OSIV-Pool is a company consisting of seven cantonal IV offices and four regional medical services with the purpose of joint financing, development and support of the software system “Open System Invaliden Versicherung” or “OSIV” for short. The OSIV-Pool provides central professional and technical services, coordinates all technical matters of its members and looks after the interests of the affiliated implementation agencies internally and externally. Learn more at www.osiv.ch.