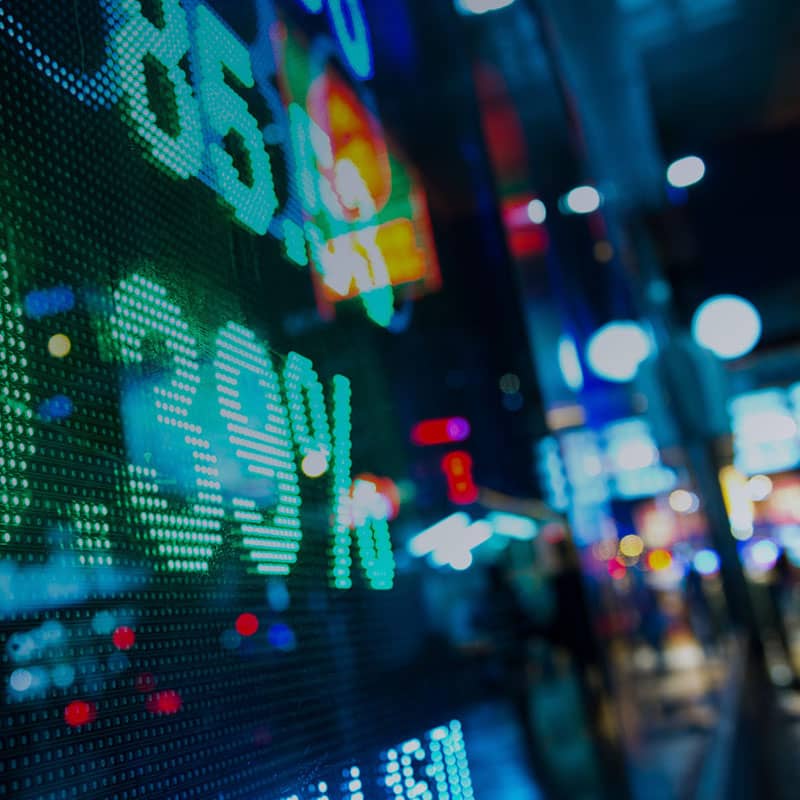 Mizuho needed data connectivity technology that already provided the interoperability they needed to re-build a key market analysis system, which was destroyed during the September 11 attack on the World Trade Center.

Eliminates the expense of costly integration methods and infrastructure. The data connectivity piece works across their systems and doesn’t require a lot of development time to implement.

Headquartered in Tokyo, with retail operations in Japan, Mizuho Bank has major commercial operations all over the world, including London, Paris, Hong Kong, Los Angeles, Chicago, Singapore and New York. Commercial customers include brokers and major corporations such as General Motors and Toyota— anyone who does foreign exchange transactions.

One of Mizuho Bank’s core business systems provides key financial market data for bank analysts and senior management. The application brings real-time access to the bank’s transactions and a whole range of market data from established providers such as Reuters and Bloomberg. Mizuho Bank uses the data to perform analysis and make decisions to minimize risk to the bank while maximizing return.

This is one of the systems that Mizuho Bank had to re-build after the September 11 attack on the World Trade Center, where its New York office was located. The system is overseen by Sanjay Nagaraja, vice president and department head for the Risk Management Services group.

The risk management division is responsible for monitoring the activities of the traders and understanding the risk-to-reward ratio to control risk to the bank. For example, if the market turned in an unexpected direction, the downside to the bank would be minimized. Market and transaction data is captured, input into a model and output into analytical data that measure the risk to the bank at any given moment in time. The risk management group also supports proactive compliance to Federal mandates.

One of the biggest challenges in a system like this is that the data feeds come in from various data sources and platforms. It can be costly to provide the required infrastructure to integrate them into one platform for analysis. In order to re-build the application quickly, Mizuho Bank needed to choose data connectivity technology that already provided the interoperability they needed.

Mizuho Bank uses the Progress® DataDirect® for ODBC product and DDE (Dynamic Data Exchange) to bring all the data from these heterogeneous data sources and platforms into a single platform for analysis. Implementing the database connectivity piece of the application took about a week.

The risk management application provides quantifiable risk measurements to maximize the profitability of the bank. Additionally, it helps Mizuho Bank comply with Federal Reserve Bank rules and regulations. The application is written in a variety of languages, including C, C++, and some native DBMS code. The front-end is written in XWindows running on a Sun Unix platform, and in Visual Basic running on Windows platforms. It pulls raw data from the bank’s trading transactions and market data such as the price of the Japanese yen to dollars, treasury prices and so on. Most of the bank’s major applications run on XWindows, but they are also a Microsoft shop.

Using DataDirect for ODBC and SequeLink Socket, the data is collected in real-time across heterogeneous platforms and sources into a single platform for analysis. Market data goes into SQL Server and transactional data goes into Microsoft Access. DataDirect for ODBC pools the data from these sources and dumps it into Oracle so that Mizuho Bank analysts and senior management gain real-time access to the data.

Nagaraja summarized the benefits of using the DataDirect drivers in this way, “DataDirect for ODBC gives Mizuho Bank seamless integration across multiple disparate platforms and databases. We don’t have to worry about technology integration because the DataDirect technology does it seamlessly. And when there’s a new technology out there working on a completely new platform, we can bring it in quickly and not worry about how to integrate it because we know there are products like DataDirect for ODBC out there that can help us bring them all together. We can enjoy the merits of the individual technologies without the expense and complication of integration methods.”

They were using a native database product before to provide the required database connectivity; however, they were not happy with the performance or the expense of the infrastructure required to support it. Said Nagaraja, “The DataDirect product gives us simplicity, ease of use and maintenance, as well as great performance.” He qualified the performance benefit at a 58 percent increase over other alternatives, and the cost benefit, due to less integration required, at a 35 percent increase.

Mizuho Bank’s customers benefit when the bank can maximize its returns on investment, in which this application plays a crucial role. And Mizuho Bank benefits when it can maximize return on its IT investment, as it did with Progress DataDirect technology. Nagaraja predicts the bank will expand the application and the use of Progress DataDirect as new business goals and opportunities arise.