When Terex Corporation looked to migrate its web experiences from a wide variety of disparate systems to make it more secure, improve content management capabilities, and reduce overhead costs, it turned to Progress® Sitefinity® to create a centralized digital experience platform (DXP). It was able to increase website visits by 40%, save time and money as Terex brands could reuse and repurpose development with systems that could easily be replicated across the organization. This also enabled the marketing team to begin to create and maintain brand-compliant website pages, which freed up technical resources. 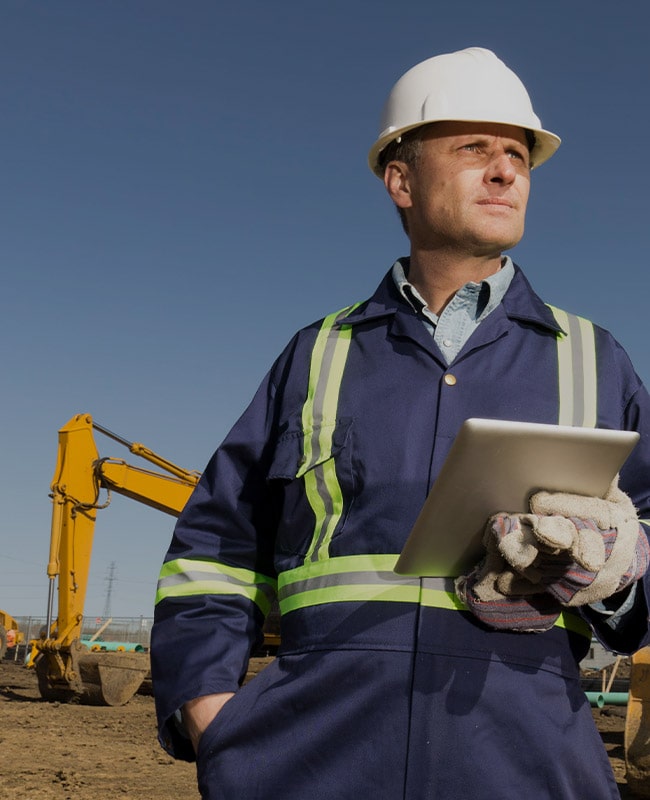 Sitefinity created a centralized digital experience platform (DXP) for 4,000 users, and connected two portals (and accompanying mobile apps), one for materials processing that connects to SharePoint and one to the ERP system.

Time and cost savings stemming from the ability for various brands and sub-brands of Terex Corporation to share development and development costs. Terex has seen an increase of 40% in website visits.

Over the last 30 years, Terex Corporation, a global manufacturer of aerial work platforms and materials processing machinery, grew through acquisitions and divestures. At one time, the company had hundreds of websites on dozens of platforms managed by dozens of vendors and individual marketing teams. This meant different brands had completely different processes, customer and vendor engagement, and online experiences. This led to an extremely high total cost of ownership for Terex.

The company has 14 brands, each with a dedicated marketing resource for product marketing and online presence management. Terex also has many sub-brands, each with their own distributor portal and accompanying mobile application. The company has 36 websites (a mix of marketing websites, distributor portals and a training website) that were built on WordPress and leveraged Oracle Web Center content. Given that the sites were not standardized and centralized, IT was tasked with managing a large volume of business needs and content updates and turned into a bottleneck.

Terex sought a user-friendly solution that would empower marketers to edit content through intuitive content management capabilities, allow it to consolidate its various platforms to improve operations, reduce costs, and harden security.

Progress® Sitefinity® served as Terex’s DXP, standardizing, consolidating, and automating content delivery for its brand websites, B2B portals, applications and training website and also serving as an API hub for third-party services. It uses multilingual capabilities to translate website pages into many other languages. Sitefinity was chosen for its great customization abilities and APIs, headless content management capabilities, user interfaces for the backend, multisite management, roles and permissions, workflows and the ability to use SiteSync to have a proper separation between ongoing content delivery by content editors and new custom experiences by developers.

Terex Corporation also has two Sitefinity-powered B2B portals that serve with more than 4,000 users. The first is for materials processing, which connects Sitefinity to SharePoint for file retrieval from data storage for its dealers. The second portal is connected to SharePoint, and to Oracle ERP to pull invoices, certificates for the serial numbers of devices, auto status etc. The enhanced functionality was rolled out in this portal, which can now be rolled out elsewhere in the organization for minimal cost. Both portals have connections to mobile applications that allows for document download on the go (especially helpful for the service team, or sales team members before they go to a dealer).

Terex Corporation has several background applications connected to Sitefinity including Azure B2C as its Single Sign-On solution, Oracle TMS, Dell Boomi APIs (to connect Sitefinity to the Oracle ERP system) and several tracking/logistics services for real-time, up to date information for distributors. It also has connections to Cloud Front CDN, Elastic Search, REDIS and Google Analytics. Terex connects to several front-end channels beyond the web through Sitefinity and custom APIs created by Terex, such as its intranet systems and several mobile applications. As Timo Richter, Senior Systems Architect, Terex Corporation said, “Sitefinity really allowed us to build up an internal user community. The interface is straightforward and easy to use, however, it belies a lot of the complexity that’s underneath. By focusing on the implementation and training of users, we empower the users, and that has been really successful for us.” It allowed technical resources to focus on the more technical aspects of things instead of content updates and managing user questions.

Speaking to one of the primary results of using Sitefinity for a shared services group that can see immediate benefit from what it builds into the platform, Anton Urban, Senior Architect, User Experience, Terex Corporation said, “One of the biggest advantages of having everything in one system is being able to share ideas and development costs. If one group spearheads a feature, it immediately benefits everyone. This is a huge timesaver and having all the sites on a single platform improves our ability to support the team.” Before Using Sitefinity, Terex had been paying multiple times for each platform, each new feature developed, and the hosting for sites that only had 85-90% of the functionality. Through standardization, every dollar spent helps avoid at least another dollar of duplicate effort.

Additionally, with the intuitive UI that Sitefinity offers, marketers are now able to go in and easily setup pages and ensure that brand consistency can be maintained across the companies many websites as well. As Richter shared, "They can just drag and drop the widgets on a page and then modify them using our view templates, and then they are good to go. A lot of things they want to have, they can now do themselves. And with the publish and sync option, the end users can sync whenever they want.” This also frees up technical resources associated with content management and maintenance.

Most remarkably, since the Sitefinity implementation, Terex Corporation has seen an increase in brand website visits by 40%.

In the future, Terex Corporation is interested in a fully headless approach, and providing API access to its dealers, as it continues to extend its use of Sitefinity.

Terex Corporation is a global manufacturer of aerial work platforms and materials processing machinery. Terex designs, builds, and supports products used in construction, maintenance, manufacturing, energy, minerals and materials management applications. Its products are manufactured in North and South America, Europe, Australia, and Asia and sold worldwide. It engages with customers through all stages of the product life cycle.