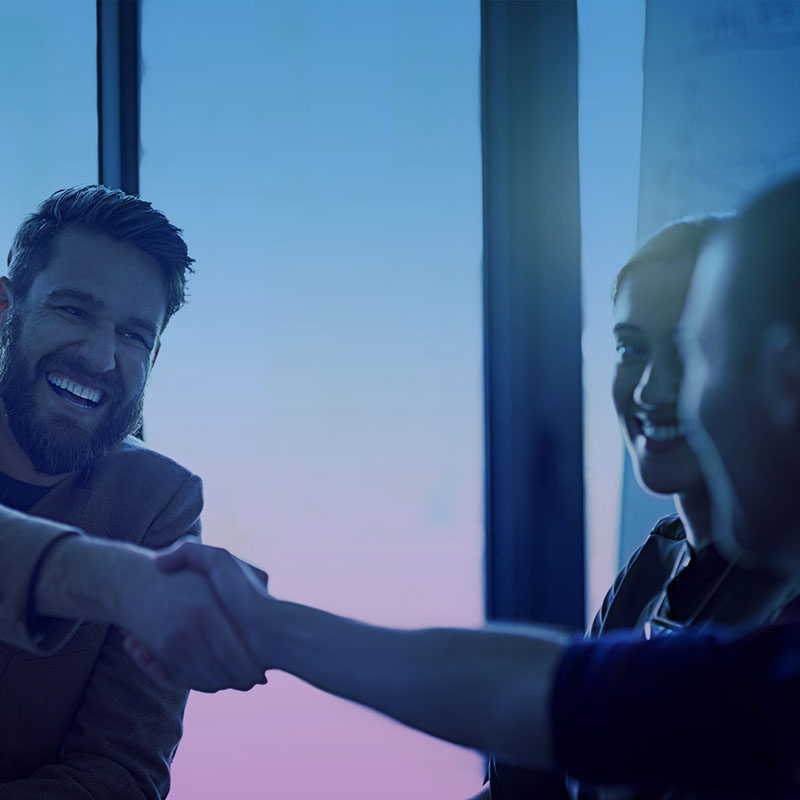 Beierholm’s existing CMS was inflexible, which made creating an intuitive and approachable user experience a challenge. This led to limited employee visitation—a major concern for Beierholm.

With Sitefinity, Beierholm could craft an intranet with a modern web experience for employees. Furthermore, the platform’s flexibility enables Beierholm to scale with future project needs.

Beierholm’s new intranet is personalized to each employee based on role and job title. Employees can keep up with relevant news while improving productivity thanks to the added tools, like one-click calling.

Every business realizes the importance of having a sleek, sophisticated website to maximize visitor engagement. But at the same time, internal websites and intranets often aren’t held to the same standard. As a result, they often feature outdated information, poor user experiences and complicated navigation.

Beierholm, a top five accounting firm in Denmark, built its original intranet in 1998. The site acted as an information source for employees, helping them stay up to date on the latest legislation and company news. While the existing intranet still supported Beierholm’s business needs after all those years, the firm realized the site could be reworked to improve their employee experience.

“Technology is always evolving, and in this case, it had moved far beyond what our platform could do,” said Kasper Behrens, Head of IT, Beierholm. “The basic functions were still sufficient to our needs, but we really wanted to refresh the way we operated and create a platform that could serve our rapidly evolving and ongoing needs. We needed to prepare for the future with an intranet that supported new workflows, new platforms and new devices.”

In 2015, Beierholm set out to look for a new platform for its intranet. In-house developers looked over a couple of different options, but the firm had highly specific requirements for the platform. Beierholm wanted a platform with a standardized codebase that also offered the ability to quickly and easily develop new modules as needed. These requirements narrowed the field and Beierholm eventually decided on Progress® Sitefinity®.

“After choosing Sitefinity, we began exploring implementation partners and ultimately went with Siili Solutions,” said Behrens. “We initially considered working with a local Danish implementation partner, but Siili’s reputation as one of the best Sitefinity partners in Europe swayed our final decision. We had big ambitions for our intranet and Siili had the expertise to make it happen.”

As Beierholm and Siili began to plot out the intranet, they set four specific targets for the site:

1. Educate and inform employees about legislative and regulatory changes, while also providing them with the templates and tools they need for their daily work

2. Act as the primary communication channel from management to employees

3. Provide access to all relevant documents and information about one’s own employment

4. Ensure everyone is up to date with local events and other on-site news

Sitefinity provided the functionality and scalability to help Beierholm develop an intranet that satisfied all of those requirements. Since employees are required to use the site to keep up with regulatory and legislative changes, Beierholm needed an intranet that was easy to navigate, intuitive to use and approachable. Sitefinity delivered in that regard, enabling Beierholm to craft an intranet with the modern user experience employees have come to expect.

“The bar for user experiences is always rising,” said Behrens. “People spend all their time on sites like Facebook, so they come to expect a similarly smooth experience on the corporate site. Yet many intranets don’t deliver on that, the navigation systems are complicated and the design is not up to par. Sitefinity gives us the tools to create a great user experience that offers smooth navigation with all the functions and features our employees need.”

The intranet redesign could not have come at a better time either. Shortly after Beierholm and Siili began work on the project, Beierholm acquired and merged with two other firms, bringing on more than 300 new employees. This meant there was an influx of new workers who were unfamiliar with the company’s workflows and processes. The new intranet enabled Beierholm to simplify communication across multiple branches and integrate new information flows to make the onboarding process even easier. More than 1,000 employees now work at Beierholm, located in 26 offices across Denmark.

Beierholm’s intranet needed to do a lot—it’s a sophisticated website, with multiple functions, a considerable amount of content to digest and a plethora of tools. With Sitefinity, Beierholm was able to design and implement the intranet the company wanted.

The intranet design is personalized based on the role of the employee and uses color coding to make everything digestible at a glance. This makes it easy to ensure the right people are getting the right content and tools. Furthermore, the Sitefinity content management system improved and enhanced the process of creating and editing content for all teams.

Additionally, the new intranet comes with an excellent search feature that enables users to find everything from contact information to important documents with a few key strokes. The search feature also has one-click calling, enabling easy communication and transparency across locations and departments.

While the intranet has launched in full, another key advantage of using Sitefinity is the fact that Beierholm and Siili can easily develop new modules to enhance the user experience or cover any needs that may arise in the future. For Beierholm, this autonomy was a key selling point and ensures the new intranet doesn’t run into the same scalability issues the old one encountered.

“We like to do things ourselves, that’s important for us as a platform and it’s why we went with Sitefinity,” Behrens explained. “We knew we needed a flexible platform that wasn’t overly restrictive, a lot of the other options we considered had a higher total cost of ownership because they didn’t allow us to develop new modules on our own. Our needs are always evolving alongside our business, and being able to respond quickly with new modules is a huge bonus for us.”